EUR/USD: US dollar will continue to strengthen

Risky assets remain under pressure due to the COVID-19, since all the rumors that are now taking place around the coronavirus vaccine are more likely on the side of medium-term investors, but does not affect the short-term market, which interests it during the start of the week and then forgot about it. 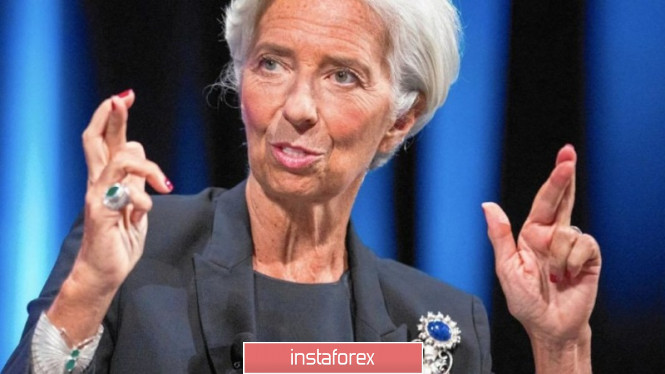 Yesterday, we focused our attention on the speech of the ECB's head, Christie Lagarde, which could have supported the euro, but investors ignored Lagarde's statement for some unknown reasons – either they do not strongly believe in the policies of the European Central Bank, or the current coronavirus pandemic forces them to adhere to a more conservative strategy. In any case, Lagarde's statements were ignored, and this raises a lot of questions, since it is not entirely clear how the market will now react to the results of the December meeting of the European regulator.

She also reiterated that the main tools to support the European economy are the PEPP and TLTRO programs. Speaking at the annual ECB forum, which is directly dedicated to monetary policy, Lagarde noted that the existing PEPP and TLTRO programs have already proved their effectiveness in the current conditions and there is no point in talking about introducing new changes yet. At the same time, she also pointed to the possibility of correcting these programs in the direction of expansion and increase, if necessary. However, no one has doubted this direction for a long time, especially given the current situation with the COVID-19 in the Eurozone countries. It is another matter whether the ECB will resort to negative interest rates, which Lagarde spoke about so often in the early autumn of this year.

After instructing European banks to provide their views and reports on how a negative key interest rate would affect their profitability, Christine Lagarde's statements on this topic was practically forgotten. Does this mean that the ECB is clearly dissatisfied with the reports and the information that has been received, which makes them doubt the right choice of strategy for the next year?

It was pointed out in recent reviews that after the news of the third successful trial of the COVID-19 vaccine, the ECB may take advantage of this by adjusting its statements. The result happened quickly. Yesterday, Christine Lagarde said that the news of a possible vaccine seemed encouraging, but added that the economy was still facing an increase in virus infections and tightening of restrictive measures. There was also news yesterday that even before the release of the COVID-19 vaccine produced by Pfizer and BioNTech, the European Commission concluded deals to supply 300 million doses to the countries of the eurozone, while Great Britain will buy another 40 million. 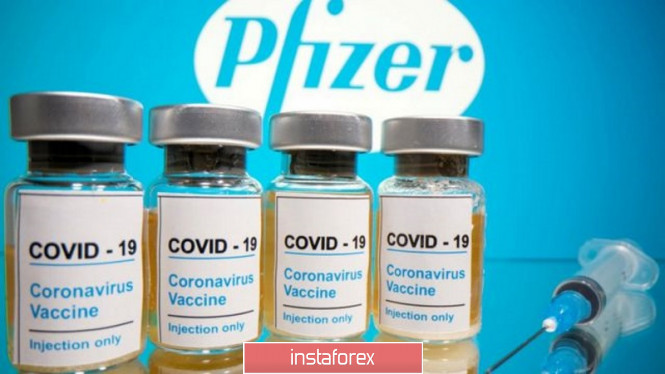 It was noted above that the market did not react much to this news, which, on the other hand, plays into the hands of the ECB, which fears a higher euro exchange rate more than negative interest rates.

Another point that could put pressure on the US dollar was yesterday's news that the Democrats, although they won a majority in the House of Representatives, turned out to be much less than expected. The Democrats failed to win the Senate. As a result of the election, the Republicans successfully defended their seats, gaining 49 seats against 48 for the Democrats. The second round of elections to both houses of Congress will be held in January this year.

Technically, the further direction of the EUR/USD pair depends on the support level at 1.1745, which buyers managed to protect during the first wave of testing. It is possible that the weak fundamental statistics, which is expected today on the eurozone economy, will increase the pressure on the euro. Now, if the level of 1,1745 breaks down, it will lead to a new wave of sell-off of risky assets with an exit to the base of the 17th figure and an update to the low of 1.1655. It will be possible for the euro to continue to rise after consolidating above the resistance located at 1.1800, which will lead to upward correction in the area of 1.1860. A further goal will be the weekly resistance located at 1.1915.