The US dollar index continues to decline for three consecutive days, showing the strong decline since the huge sell-off of the USD during spring, when COVID-19 started to spread in the US. The price of the US dollar are directly relative to Mr. Biden's likelihood of winning the presidential race. So, the clearer the victory of the Democratic leader becomes, the more the US dollar declines.

The point here is not that dollar bulls have any "personal claims" to Biden (it's too early to say), it's just that market participants overthink too much about possible political disputes and a prolonged political crisis before the elections. Nevertheless, it looks like the uncertainty period will be relatively temporary, as the Democrat's victory becomes more clear. 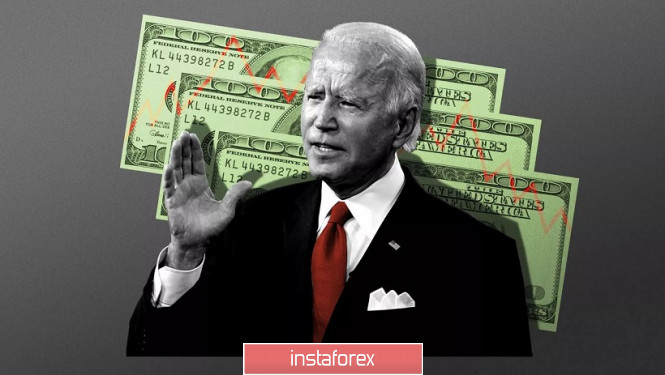 On the other hand, Mr. Trump's reaction is predictable: he continues to file lawsuits in district courts, claiming that they cheated their way to the White House. However, his steps have yet to succeed: there are at least two state courts (Georgia and Michigan) that have already rejected his claims to suspend the counting of votes. In this regard, Republican lawyers are now preparing for litigation at the Federal level, but many observers believe that this initiative is also unpromising. Experts say that possible violations (even if they are established in court) are not systemic and so, cannot distort the results of the expression of will. In short, most lawyers are sure that Trump will not be able to repeat the legal move of his fellow party member Bush Jr., who won the presidential race 20 years ago with the help of the US Supreme Court.

In the meantime, votes are still counted in the so-called "wavering" States. According to the election campaign staff, the determination of the final election results may take several days. There are around 285 thousand ballots which are not yet counted. The major share of them (205 thousand) are ballots that came by mail. According to the FOX News channel, J. Biden needs only six electoral votes to win, while Trump needs 56 electors.

There are no clear favorites in the wavering states – Biden and Trump go head-to-head. However, the currency market has already made its own conclusions, appointing Mr. Biden as the next US president. These conclusions are not illogical. First, based on the calculations of FOX News, Biden only needs just 6 votes in just one state (except Alaska) to be elected. For example, he is in the lead in both states of Arizona and Nevada, where 90% of the votes have already been counted, and victory in only one of them will lead to a complete victory. Secondly, a large number of uncounted "mail votes" speak in favor of Biden. According to American sociologists, the majority of supporters of the Democratic Party took advantage of remote voting, so the remaining ballots can only strengthen Joe Biden's position.

In view of such conclusions, the price of the US dollar continues to decline, as traders saw how the situation will end, and the period of political uncertainty was not so long. As soon as Biden reaches the "270" mark, the USD will receive an additional impulse to its decline, which will affect the key currency pairs of the "major group". Moreover, its devaluation is also due to a widespread decline in Treasury yields, with the spread between benchmark 10-and 2-year debt narrowing to the narrowest level in the past month.

The November Fed meeting remained in the shadow of high-profile political disputes. Although in this case, the market's weak reaction is quite justified: this year's penultimate meeting turned out to be ignored. Many points made were already said at previous meetings, while Mr. Powell did not give any specifics about the future prospects for monetary policy. The regulator o focused on the weakening pace of the US economic recovery again, linking this to the increase in the number of cases of COVID-19 in the US. In this context, Jerome Powell noted the high uncertainty for the economy. The Fed also hinted at further easing of monetary policy, however, without specifying any details. They only said that all opportunities to support the economy are not used up. At the same time, he again called the attention of congressmen to adopt a new package of measures to stimulate the economy. In other words, Powell's rhetoric at the November meeting was almost the same to his previous statements. 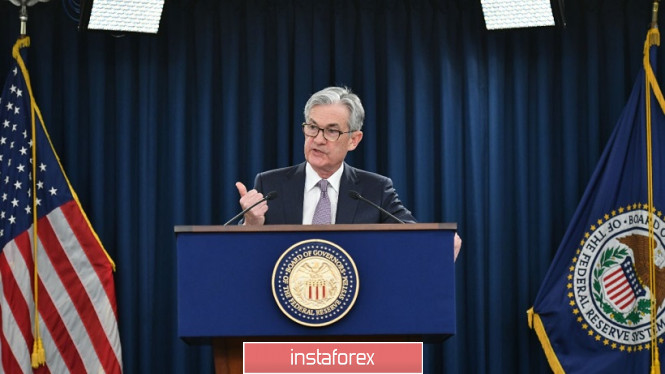 Therefore, the US elections remain to be the focus. If the chances of Biden's election continue to grow, the US dollar will continue to decline. On the contrary, if Trump begins to close the gap, the same currency will rise again.

If we talk directly about the EUR/USD pair, then long positions are still a priority. The pair broke through the resistance level of 1.1780 yesterday (the upper limit of the Kumo cloud, coinciding with the middle line of the Bollinger Bands indicator on the daily TF), and the Ichimoku indicator, in turn, formed a bullish "Parade line" signal, confirming the strength of the upward impulse. The main goal to rise is the level of 1.1900, which is the Bollinger Bands line in the same time frame.