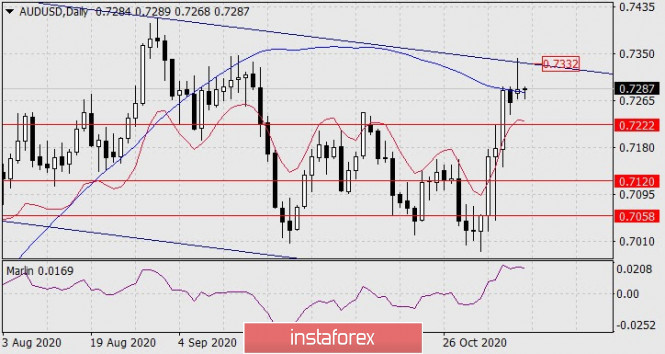 Now the price lies on the MACD line on the daily chart. The Marlin oscillator is in no hurry to move in any direction. The situation is neutral, however, it has an upside potential (0.7332). 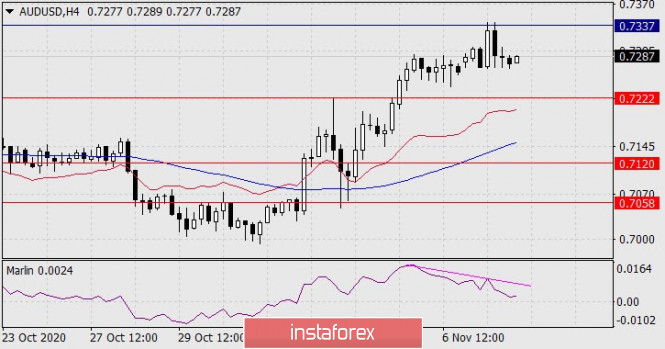 The expected divergence has formed on the four-hour chart, but due to the rapid price growth, it was not pronounced, instead it was rather weak for an optimistic reversal. Now, to confirm this signal, you need to wait for the price to settle below the nearest level of 0.7222. Then the Marlin line will also establish itself in the declining territory.

So, the aussie's growth potential is not that great at the moment, and it is also too early to include a reversal in a trading strategy. We are waiting for the situation to unfold.