Over the past day, the Australian dollar has managed to gain a foothold above the MACD indicator line (daily), which shows the trend's direction and separately represents the level of support and resistance. The signal line of the Marlin oscillator moves horizontally, which increases the likelihood of the price reaching the upper border of the price channel at 0.7332. 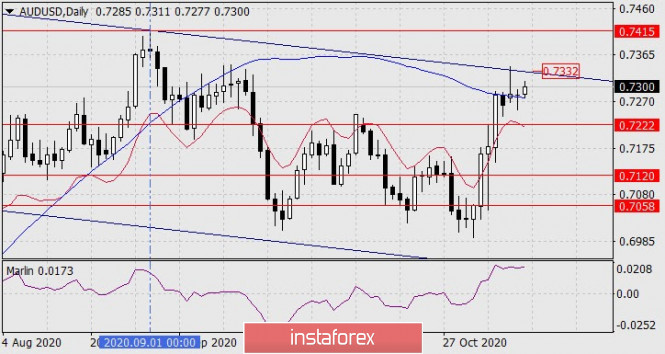 This does not mean that the aussie would not leave the price channel. In this case, the target will be the September 1 high at 0.7415. The aussie's mood will change when the price settles below the 0.7222 level. The Marlin can already go into the negative area by this time. 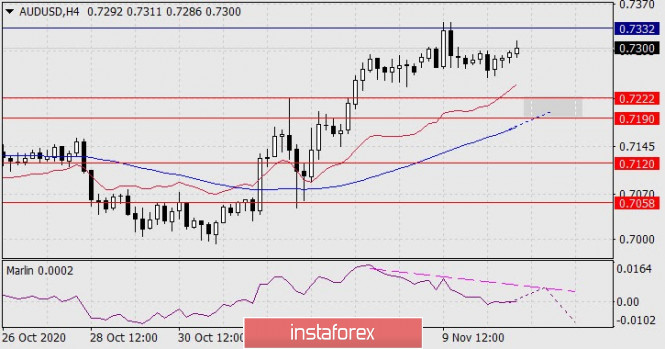 The four-hour chart shows that the Marlin oscillator has already entered the downward trend zone, but the overall bullish sentiment is sufficient for the price to attack the nearest resistance. It is the upper border of the price channel of the higher timeframe (0.7332). In this case, the price can form a more pronounced divergence with the oscillator.

The MACD line slightly expands the support zone on the H4, under which it will become a condition for the price to fall in the medium-term. The 0.7190-0.7222 range becomes such a support zone.