The euro did not beat around the bush and decided to strengthen the correction, as it looked into the collapse of gold (-4.51%) and silver (-6.90%)n. The euro has lost 62 points since Friday's close. 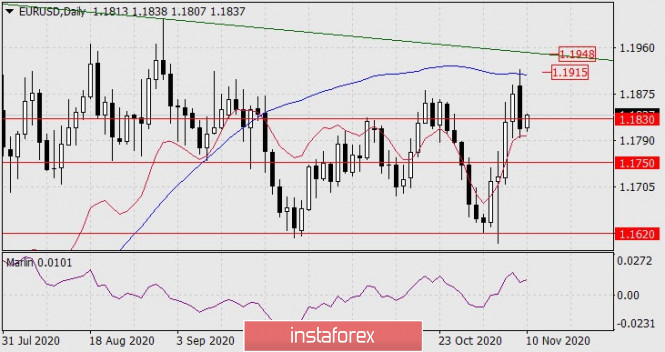 The price touched the upper shadow of the MACD line and decisively reversed from it on the daily chart. Now the price needs to fall below the balance indicator line, since it will be easier for the price to drop in this case. The Marlin oscillator is moving down, but is also staying in the growth trend zone, the market has not cooled down after last week's growth, a second attempt to attack the MACD line in the 1.1915 area and further, towards the price channel line in the 1.1948 area. 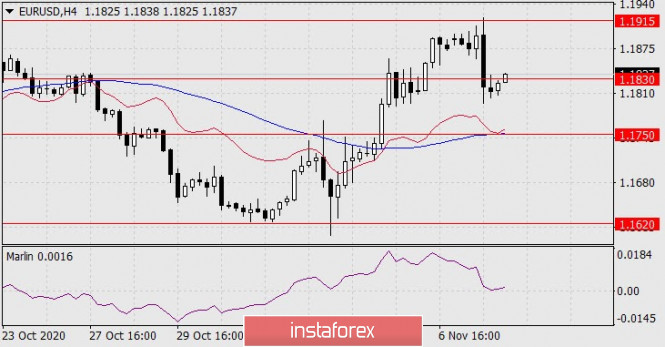 The price has settled below the nearest level of 1.1830 on the four-hour chart, while the Marlin oscillator is attacking the border of the bears' territory. Falling below yesterday's low may extend the movement to the MACD line towards the target level of 1.1750. And being able to settle below it will become a sign of the price's intention to go down further, where the first target will be the level of 1.1620. The likelihood of rising and falling further at the moment is roughly 55% versus 45%. We are waiting for the situation to unfold.