The euro gained 27 points yesterday amid the weakening of other world currencies.

On the one hand, the euro seems to be strong, but on the other hand, there is an impression of speculative growth, especially since the trading volumes for the euro were only average yesterday. Nonetheless, if the EU's Q3 GDP comes out better than projected, the euro will continue its rise in the market. A breakout above 1.1830 could extend growth up to the MACD line (on the D1 chart) and may even reach the second target, which is 1.1945. But a decline below 1.1750 will return the bearish sentiment, which will bring the euro towards the level of 1.1620. 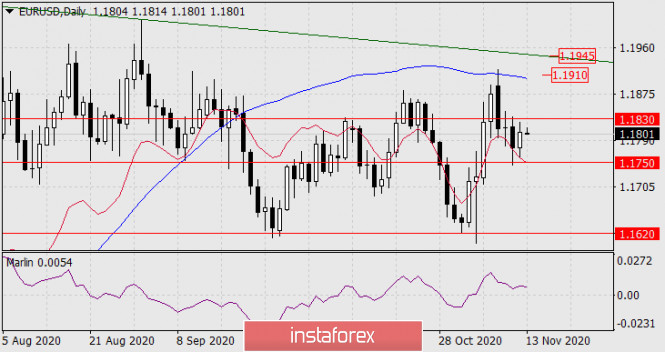 As for the four-hour chart, the quote is down below the support of the MACD line, which is a kind of signal for further growth. But since its location is still below the red indicator of the balance line (which indicates a downward trend in the short term) and the Marlin oscillator is still in the negative zone, the observed local growth is overpowered. Only a really good data on EU GDP can bring the euro up. 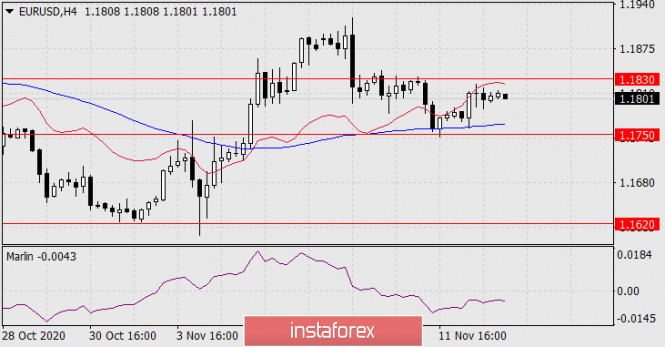