The British pound crossed the MACD line in the past few days, however, yesterday, it pulled back and went below it. Such is a sign of a false exit above the line, therefore, a further decline is expected to occur in the GBP / USD pair.

But for now, a possible second consolidation above the MACD line could occur, as indicated by the Marlin oscillator still being in the zone of positive values. 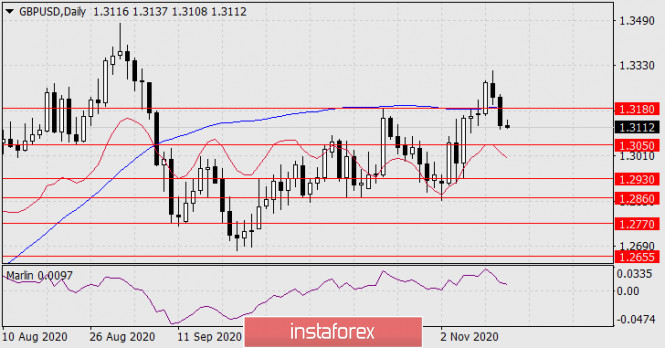 The situation in the H4 chart also shows that the pound is very close to the MACD line, and its next move is most likely a consolidation below it. In particular, the quotes will move below 1.3050, and although this task is quite difficult, it is doable in about two days. 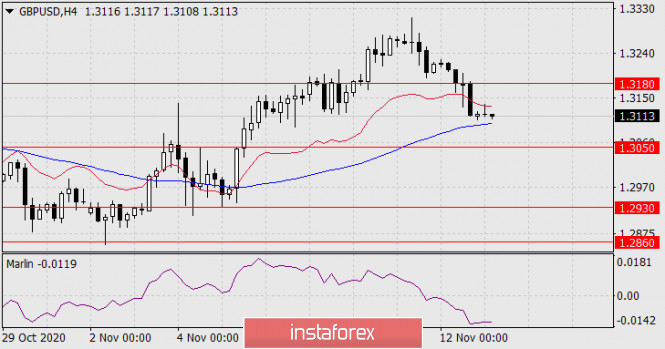