The Japanese yen, under yesterday's pressure from the stock market, strengthened (decreased on the chart) by 29 pips, breaking the support of the MACD line on the daily chart. Then, today during the Asian session, the USD / JPY pair lost the same amount, and in order for the quotes to continue the decline, the bears have to overcome the support of the price channel at 104.75. Around the same time, the Marlin Oscillator will move into negative territory, which will strengthen the declining market sentiment. The target of the movement will be the level of 104.05, which is near the lows reached on October 29 and September 21. 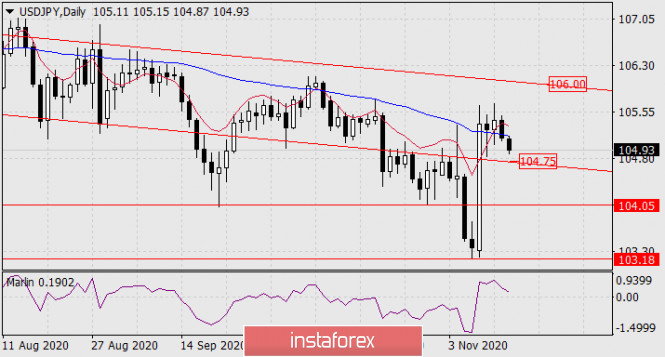 The four-hour chart shows that the MACD line (104.52) is located slightly below the level of 104.75. Therefore, to ensure that the pair does not fall under the price channel, the quotes have to fall below the MACD line. Converging the price with the Marlin Oscillator will be effective for this, especially since at the moment, the signal line has already entered the zone of negative values. The prevailing scenario is bearish, and a consolidation below 104.05 will certainly trigger a downward move towards 103.18. 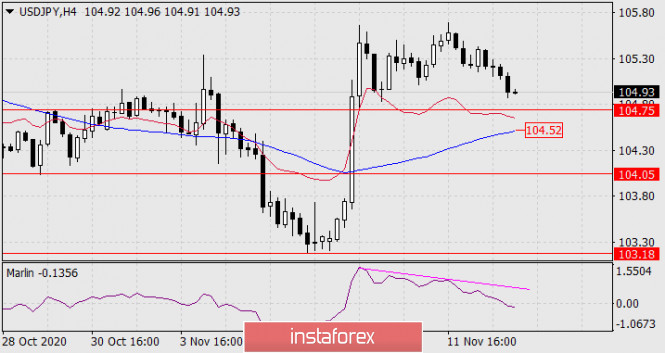