The yen traded in the 60-point range last Friday, but the indicators did not change, since it closed the day near its opening. This morning, the signal line of the Marlin oscillator has left its own narrow range (gray area), but according to historical analogies, the most likely Marlin exit was expected to go down, so the growth may turn out to be false. 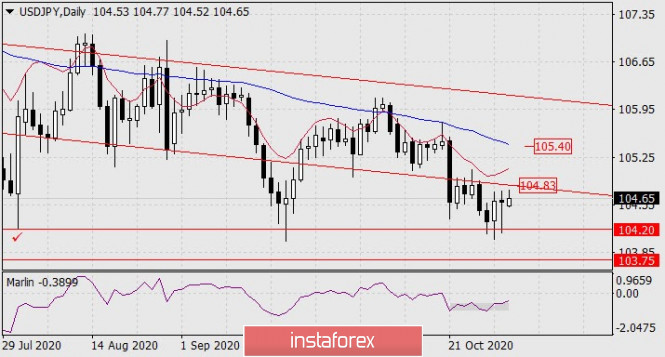 The main reason for the fall, as we expect, will be a decline in the stock market after Biden's victory in the US presidential election. Or, which more accurately describes the situation, after Trump's defeat in the presidential elections. Obviously, before the first election results, the yen's behavior will be unpredictable. Getting the price to settle above the trend line at 104.83 will allow it to rise to the MACD line at 105.40 for a short period of time. A price retracement below 104.20 will extend the fall to 103.75 and below. 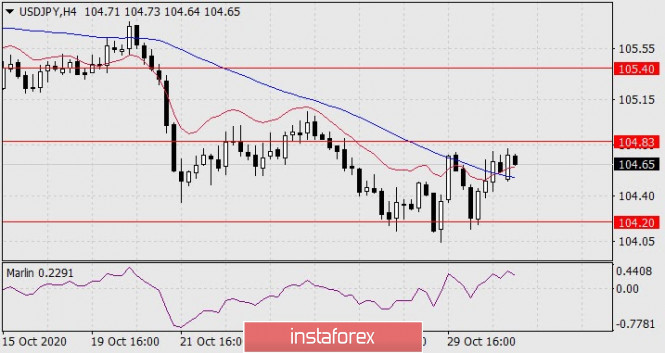 The price is still hesitating to go under the MACD line on the four-hour chart, trying to reach the nearest resistance at 104.83. A price lag before reaching the level will move the Marlin oscillator into the negative zone and the potential for a decline will increase.