The exchange rate of the British currency has strengthened by more than 600 points since the end of September. This has led to many false judgments that the market may resume a medium-term upward trend.

The reason for the pound's strengthening was repeatedly analyzed in previous analytical reviews. In a nutshell, this is not due to the prosperity of the UK economy, but to the total sales of the US dollar.

The reason behind the sale of the green paper is the US presidential election, where the logical ending of the "Reality Show" led to a reassessment of investors' risks and a reduction in the volume of short positions on the US dollar.

Back to reality, the coronavirus pandemic is at its highs, and quarantine number 2 is happening in the United Kingdom, which may be extended to stage 3. In turn, the Brexit trade negotiations between England and Brussels still do not have proper results, which leads to rumors about the extension of bilateral meetings for another week from November 16.

The parties are still negotiating and seem to be set up for a positive outcome. Despite this, as before, no one is ready to make concessions. Thus, the extension of negotiations for the next week does not cancel the signal of a hard exit, which leads to a weakening of positions on the pound sterling.

In terms of technical analysis, it is worth noting that the inertial upward move that was set during the past week led the quote to the resistance level of 1.3300, where there was a stop followed by a price rebound in the opposite direction.

The natural basis associated with the coordinates of 1.3300 dates back to 2018-2019, where there was a systematic reduction in the volume of long positions.

The price rebound from the 1.3300 level area in the period of November 11 confirms the strength of the natural basis, which as a result brings profit.

It is worth highlighting that when considering the peaks of 2019 and 2020 in detail, one must remember such coordinates as 1.3513 and 1.3480, which is also likely to lead to a reduction in the volume of long positions.

Back to the current situation with the price rebound from the level of 1.3300. The area of interaction of trading forces can have a positive effect on the volume of short positions, which, as a result, can lead to a corrective move relative to the seven-week ascent.

As for the dynamics for November 11, there is a slight slowdown of 7% relative to the average level. It is worth noting that the activity indicator above 100 points already signals a dynamic market, in our case, the activity of the past day was 116 points.

Looking at the trading chart in general terms (daily period), it is impossible to fail to notice that the seven-week upward trend led to a recovery relative to the 1.3480 - - - > 1.2674 tick, by almost 78%, which probably led to judgments about the resumption of the medium-term upward trend. In order to confirm the theory of trend renewal from the technical side, the quote needs to break through the highs of 1.3513 and 1.3480, fixing higher on the daily period. 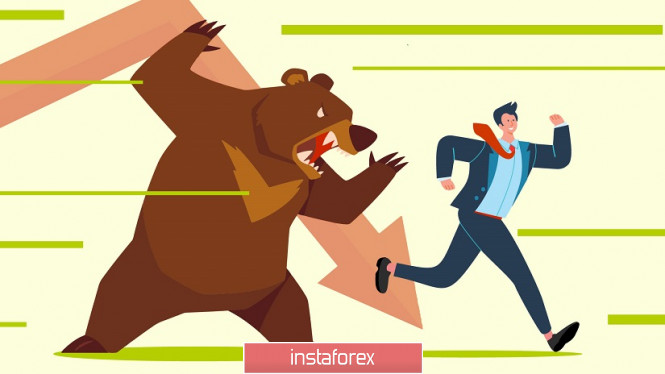 As per the economic calendar today, preliminary data on Britain's GDP for the third quarter were received, where the rate of economic decline slowed from -21.5% to -9.6%, but an even more optimistic forecast of -9.4% was expected. In turn, the rate of decline in UK industrial production slowed from -9.4% to -6.3%.

The pound, at the time of publication of statistical data, had a variable fluctuation without sharp changes.

During the American trading session, perhaps the most important indicator for today, inflation in the United States was published.

The inflation rate fell from 1.4% to 1.2%, with a forecast of growth to 1.5%. Divergence in expectations may have a local impact on the volume of long positions in the dollar.

Analyzing the current trading chart, it can be seen that market participants continue to gain the volume of short positions, which has already led to the return of quotes below the peak of October 21-1.3175.

What we have on the market is a small part of the downward movement, which is more similar to the correction movement relative to the past week.

The main volumes of short positions are expected by traders after passing the values of 1.3000 and the area of 1.2840/1.2880. Until this moment has come, we continue to work on the correction with the transition to the recovery process. The coordinates refer to the resumption of the September downward trend.

If you don't have any sell positions at the moment, then the optimal entry point can be the 1.3100 area with the prospect of 1.3000.

Alternative scenario will be considered if the correction stage from the local maximum of 1.3306 stops, which will exclude the transition to the recovery process.

For this reason, it is recommended to enter positions for sale after the area of 1.3100. 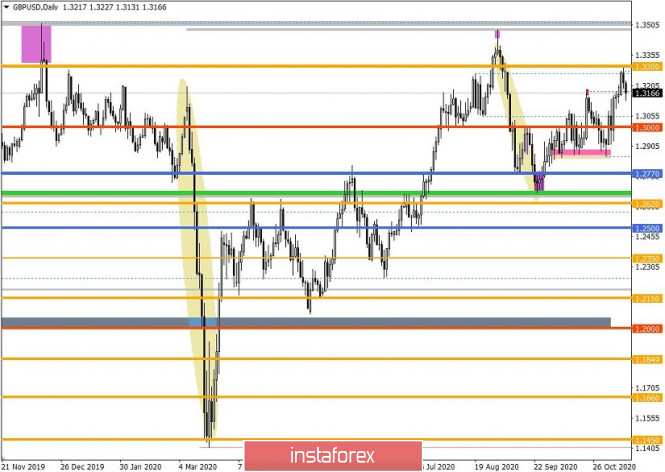 Analyzing a different sector of timeframes (TF), it can be seen that the indicators of technical instruments in minute and hour intervals follow the corrective course, signaling a sale. The daily interval continues to reflect the upward trend of the past week. 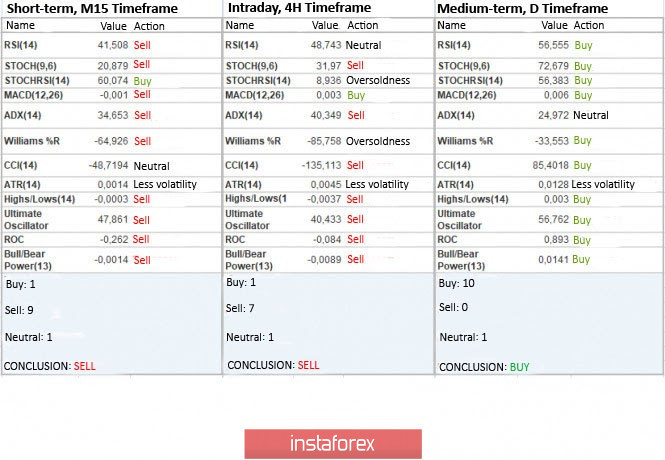 Volatility measurement reflects the average daily fluctuation, based on the calculation for the Month / Quarter / Year.

The dynamics of the current time is 96 points, which is another 23% below the average level. Volatility may continue to grow if the volume of short positions in the pound sterling continues to grow. Otherwise, the growth of dynamics will stall. 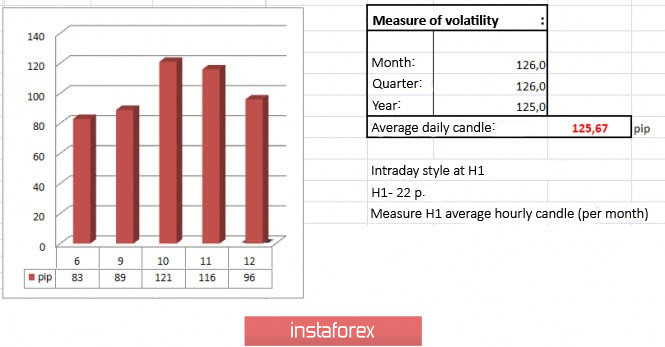