GBP/USD: plan for the European session on November 6. COT reports. Pound buyers go beyond 1.3154 resistance and resume the

Buy positions on the pound continued in the afternoon. In yesterday's review, I mentioned that the pair should settle above the resistance of 1.3043 and recommended buying the British pound from there in hopes of sustaining growth, which happened. On the 5-minute chart, you can clearly see how the bears tried to return to support at 1.3043 several times, but they met resistance from buyers every time, afterwards the pound grew to the next resistance at 1.3136. The movement was around 90 points. Sell positions from resistance at 1.3136, which I highlighted, also brought about 30 points of profit, and the whole movement reached 50 points. 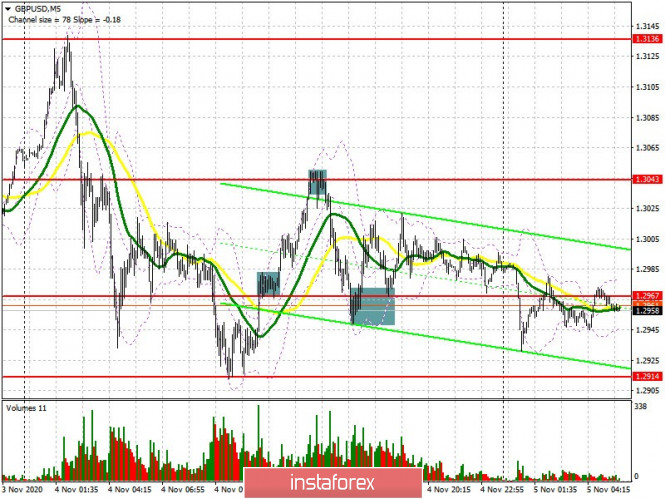 Today the bulls are one step away from bringing back the bull market, and for this they need to go above the resistance of 1.3154. Getting the pair to settle at this level will open a direct road to the highs of 1.3234, and the next target will be the 1.3315 level, where I recommend taking profits. However, such a strong growth will only occur if Biden wins the US presidential election. In case the pair falls in the first half of the day, support can be expected in the 1.3093 area, where the moving averages are gradually moving up. Forming a false breakout at this level will be a signal to open long positions. If sellers are not active, it is best to postpone buy positions until the larger area of 1.3034 has been updated or even from a low of 1.2976, counting on a rebound of 20-30 points within the day.

Pound sellers are now aiming for support at 1.3093. A breakout and getting the pair to settle below this range forms a new entry point for short positions, which will cause the pound to fall to a low of 1.3034, where I recommend taking profits. It will be possible to go beyond the 1.3034 area in case we receive very good statistics on the US labor market, which will pull down the pound to support at 1.2976. The bears should also keep in mind that the market is not on their side and to contain the bullish momentum, they need to protect resistance at 1.3154. Forming a false breakout on it will be a signal to sell the pound. If sellers are not active, I recommend waiting for the test of a new, more recent high of 1.3234 and selling GBP/USD immediately on a rebound, counting on a correction of 20-30 points within the day. 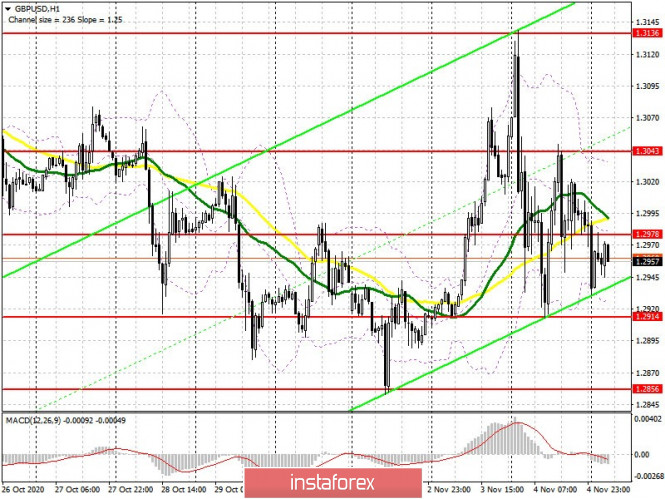 Trading is conducted above the 30 and 50 moving averages, which indicates the pair's succeeding growth.

Note: the period and prices of moving averages are considered by the author on the hourly chart H1 and differ from the general definition of the classic daily moving averages on the daily chart D1.

A break of the upper limit in the 1.3154 area will lead to a new wave of growth for the pound. A break in the lower limit of the indicator around 1.3080 will increase the pressure on the pound.