The bulls' unsuccessful attempt to stay above support at 1.3154, which was tested at the beginning of the US session, caused the pair to fall below this range. If you look at the 5-minute chart, you will see how the breakout and being able to settle below 1.3154, and also testing this level from the bottom up, had produced a signal to open short positions. The movement was around 30 points. 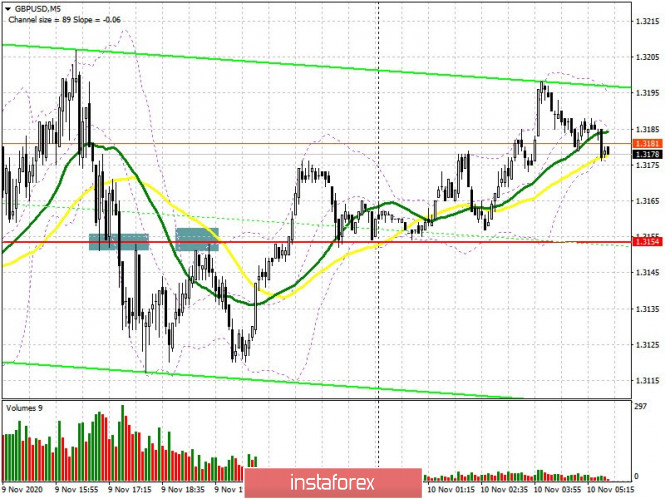 Take note that the technical picture has practically not changed, except for the appearance of two new resistances. We can count on the pound's succeeding growth in the short term as long as it keeps moving above the 1.3154 level. Testing the 1.3154 area from top to bottom and forming a false breakout on it in the first half of the day will be a signal to open long positions. But this will only happen if we receive a good report on the UK labor market. The rate of unemployment is of particular importance, where growth is expected. In case a false breakout is formed at 1.3154, GBP/USD will aim for a high of 1.3205, being able to settle above will open a direct path to the 1.3261 area, and the next goal will be resistance at 1.3315, which is where I recommend taking profit. However, this scenario will only be realized if we receive good news on Brexit. If the pair returns to the area below 1.3154, similar to yesterday, it is best to postpone long positions until the 1.3094 low has been updated, or buy GBP/USD immediately to rebound from support at 1.3034, counting on a correction of 20-30 points within the day.

Sellers need to regain the 1.3154 level again, since being able to settle below it will increase the pressure on the pair and could also bring back the bear market. The initial goal is to test the 1.3094 level, which the bears failed to reach yesterday. However, we can only speak of a larger downward trend if we settle below this range, which will create a new signal to sell the pound and lead to updating support at 1.3034. The sellers' main target for the middle of this week will be the 1.2967 area, where I recommend taking profits. An equally important task for the bears is to protect resistance at 1.3205 in the first half of the day. Forming a false breakout there along with weak data on the UK labor market will be a signal to sell the pound. In the absence of activity at this level, it is best to postpone short positions and wait until the 1.3261 high has been tested, where you can sell the pound immediately on a rebound. Also, a rather interesting area for opening short positions is the high of 1.3315, from which we expect a correction of 20-30 points within the day. 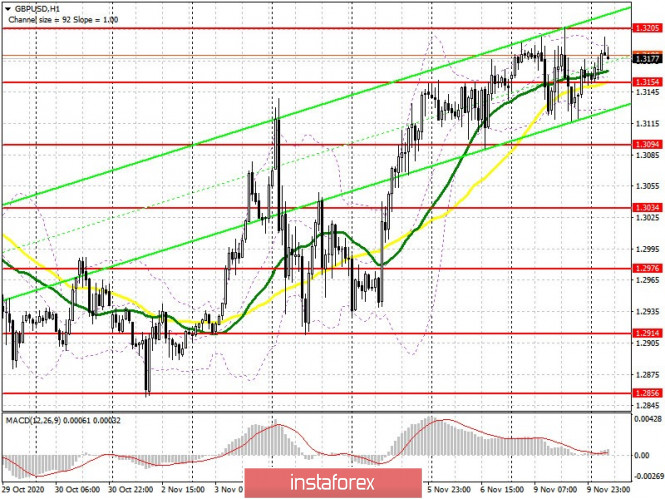 Trading is carried out in the area of 30 and 50 moving averages, which indicates the equality of buyers and sellers.

A breakout of the upper border at 1.3188 will lead to a new wave of growth in the pound. A break of the lower border of the indicator around 1.3130 will increase the pressure by the pound.