After Germany and France reintroduced quarantines due to a sharp increase in the number of new cases of coronavirus infection, it was only a matter of time that other European countries would follow their example. This is exactly what happened in the UK. Prime Minister Boris Johnson announced a full-scale quarantine over the weekend. Similar to Germany, only stores selling essential goods, pharmacies, medical and educational institutions remain open. The quarantine comes into effect on November 5. There was no serious market reaction, since this step was quite expected. To be honest, it was expected earlier, but Boris Johnson had to overcome serious resistance, firstly, from his own Conservative Party. But after the total number of cases exceeded the one million mark, all questions regarding the need for this step were removed. Nevertheless, although we do not observe any panic sell-off of the pound due to the predictability of such a measure, there is clearly no need to talk about its growth potential in the near future. 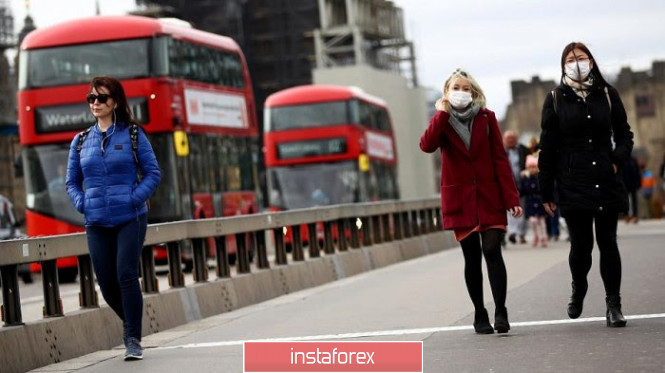 Rather, we should talk about how the pound will weaken further. Although not strong. The formal reason will even be the introduction of quarantine, and the final data on the index of business activity in the manufacturing sector, which should confirm the fact of its decline from 54.1 to 53.3. So there are no reasons for the pound to rise. 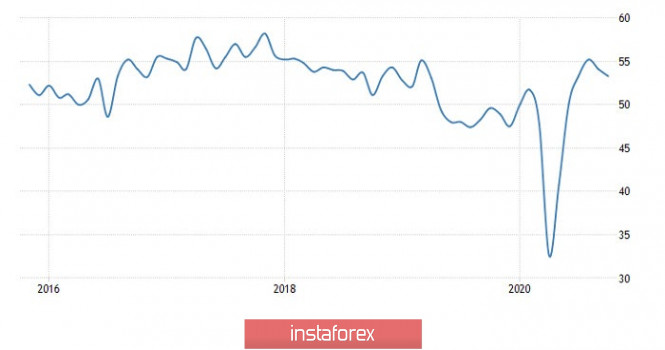 The same index of business activity in the manufacturing sector, but in the United States, will also contribute to the gradual strengthening of the dollar. The final data may confirm the preliminary estimate, according to which the manufacturing index rose from 53.2 to 53.3. 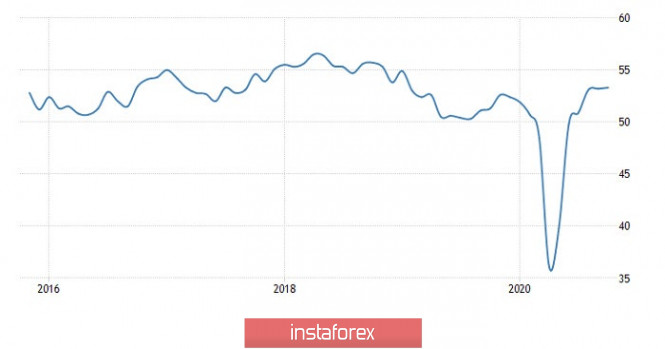 The GBPUSD pair is under selling pressure, where the area where trading forces interact at 1.2885 serves as a variable support level. The sequential downward move from the local high of 1.3175 indicates a recovery process relative to the movement 1.2674 ---> 1.3175, which may lead to the resumption of the downward tick set in September.

If we proceed from the quote's current location, we can see that the sellers prevailed during the Asian session, who returned the quote to the area of the deviation of the level of 1.2885.

As for volatility, a slowdown took place last Friday with a local manifestation of speculative interest.

Considering the trading chart in general terms, the daily period, you can see a reversal pattern from an upward to a downward trend, where the breakdown of the 1.2885 area will become the starting point for updating local lows.

We can assume that if the price settles lower than 1.2880 in a four-hour period, there will be an increase in the volume of short positions and, as a result, a sequential move in the direction of values 1.2770 - 1.2674.

An alternative scenario would consider a local deceleration in prices within the 1.2885 area where trading forces interact in the form of a slight pullback or a range fluctuation.

From the point of view of a complex indicator analysis, we see that the indicators of technical instruments on the minute and hour periods signal a sell due to price fluctuations within the 1.2885 level. 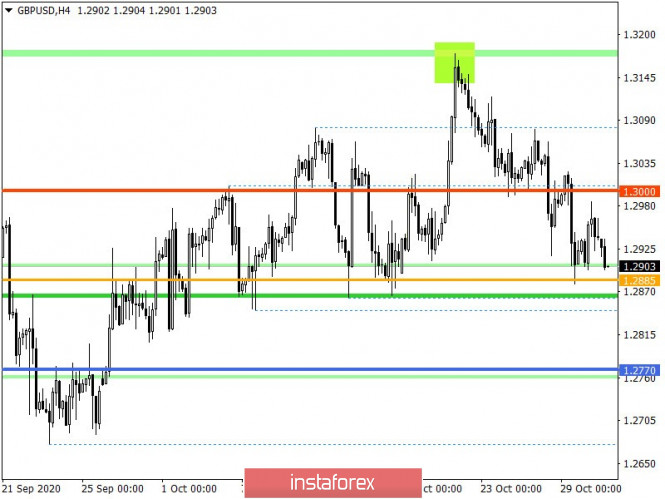