The situation regarding the presidential elections in the United States remains unchanged. Donald Trump refuses to admit his defeat and intends to seek a recount through various courts. On the other hand, Joseph Biden demands that the transfer of power be initiated immediately. And this despite the fact that these very voices still count. So it's not surprising that the markets are somewhat hesitant. This is clearly seen in the pound's movement, as it stands still. 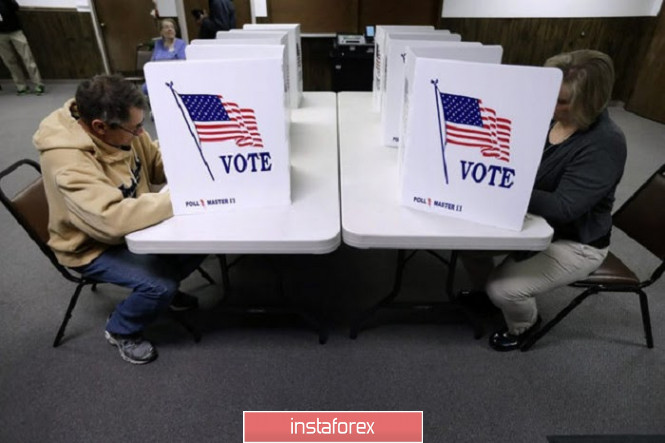 Apparently, all this electoral confusion will drag on for a long time, so sooner or later the markets will have to react to other news. We mean macroeconomic statistics. Moreover, the UK will publish its labor market report today. However, if investors are distracted from the scandals associated with the elections, and look at what is happening in the United Kingdom, it may not be good for the pound. If only for the simple reason that the unemployment rate should rise from 4.5% to 4.9%. And such a sharp rise will obviously not please anyone. At the same time, the number of applications for unemployment benefits may increase by another 36,000. So unemployment will continue to grow. The growth rate of average wages may accelerate from 0.8% to 1.4%. Although, given the continuing rise in unemployment, this rather indicates that the least paid workers are losing jobs, for whom the loss of a source of income could be a real disaster. So there is clearly nothing good about it. And in an amicable way, all this should lead to a noticeable weakening of the pound. Unless, of course, investors are distracted for a moment from the endless vote count in the United States. 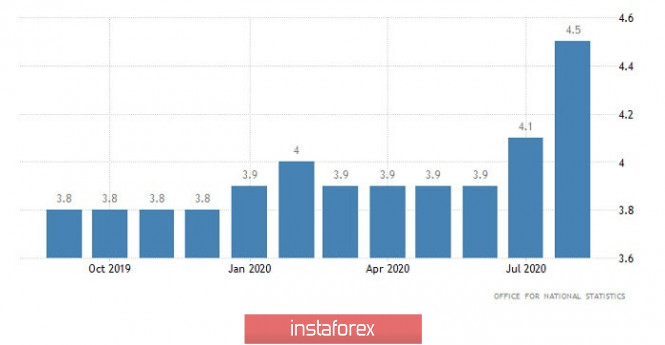 The GBPUSD currency pair has been at the peak of the inertial movement for the third consecutive day, where market participants identified the price values of 1.3120/1.3200 as alternative boundaries. In fact, the pound has a kind of accumulative process, which can play into the hands of speculators in the upcoming acceleration in the market.

If we proceed from the quote's current location, then we can see that market participants approached the upper border of the 1.3120/1.3200 range.

With regard to volatility, there has been a slowdown since last Friday, which will end as soon as the three-day range is broken.

Considering the trading chart in general terms, the daily period, you can see that the current slowdown coincides with the area of the local high on October 21, which ultimately may become a resistance level if the natural basis of the price rebound coincides.

We can assume that the 1.3200 border will put pressure on buyers once again, which will lead to a reverse move towards 1.3120/1.3130. The main volume of short positions will appear on the market when the price settles lower than 1.3100 for a four-hour period.

From the point of view of complex indicator analysis, we see that the indicators of technical instruments indicate a buy signal due to price fluctuations at the peak of the inertial movement. 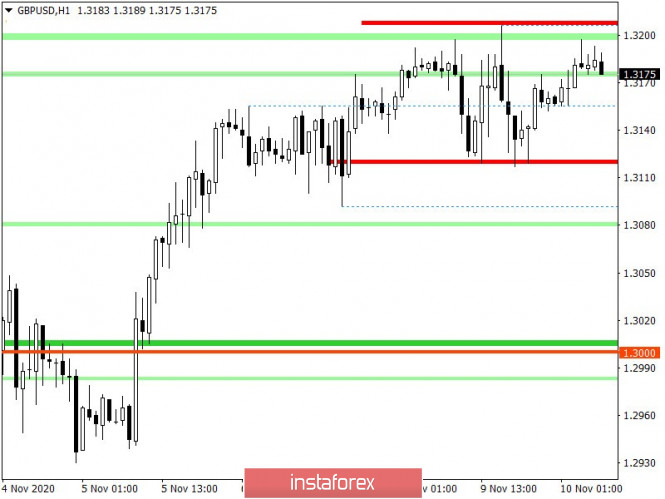