Mr. Biden's self-announcement as US president, which was actively supported by the media, led to a surge in demand for risky assets, crude oil prices, and to the continued weakening of the US dollar in the currency market.

Why is this pattern observed in the markets?

It is because investors already decided that J. Biden will win the elections, and the attitude of this party and its representative to the economic model is significantly different from D. Trump, who wanted to revive the national commodity producer. He sought to force global companies to move their production from Asia and other regions of the world to the US, which caused a war between Washington and Beijing, and eventually caused great damage to the global economy.

Now, the markets believe that everything will return to normal and everything will be like under Obama's term and his predecessors. We should also recall that the economic model consisted of the export of the dollar as a financial asset to the World, using China and other countries, whose production capacities were fully involved in the American production cycle.

Assessing the prospects for financial markets, we believe that this week's expected rally in the stock markets will continue. As a result, the US dollar will remain under pressure, which is due to the demand for company shares and other assets. The USD is experiencing and will continue to experience growth problems due to large-scale stimulus programs that make its supply significant in the financial system.

In addition, investors expect new support measures, which were announced before the election by the speaker of the Lower house of Congress, Democrat N. Pelosi. This looks likely to be passed, which will still put additional pressure on the USD and support speculative demand in equity markets not only in America, but also in Europe and Asia.

It is difficult to say what will be the result of the confrontation between Biden and Trump, since the latter does not want to accept defeat. But so far, the markets are not thinking about it and putting it off for later, which will stimulate the expected weakness of the dollar and the increased demand for risky assets in the short term.

The USD/CAD pair remains under pressure on a wave of rising crude oil prices and a general weakening of the dollar amid demand for risky assets. We believe that the pair can pull back up to the level of 1.3040 and a consolidation below which will lead to further decline to 1.2990. 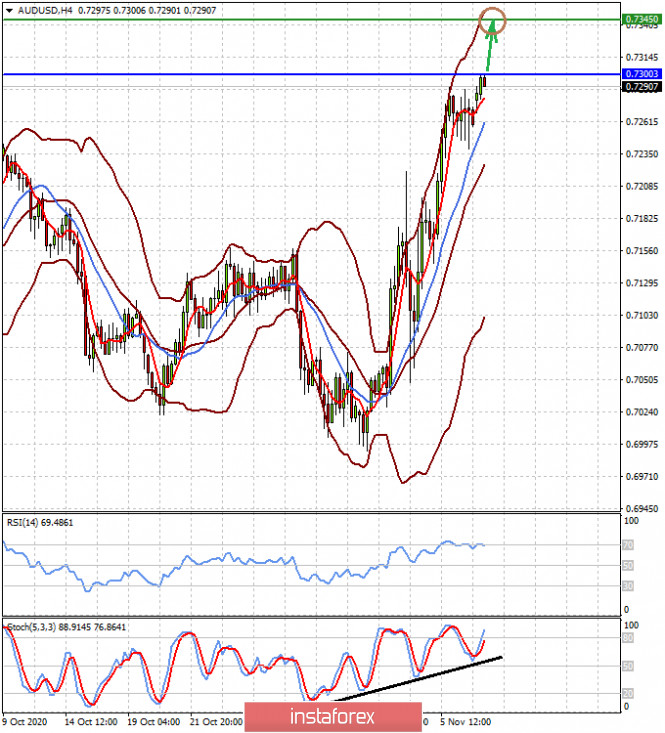 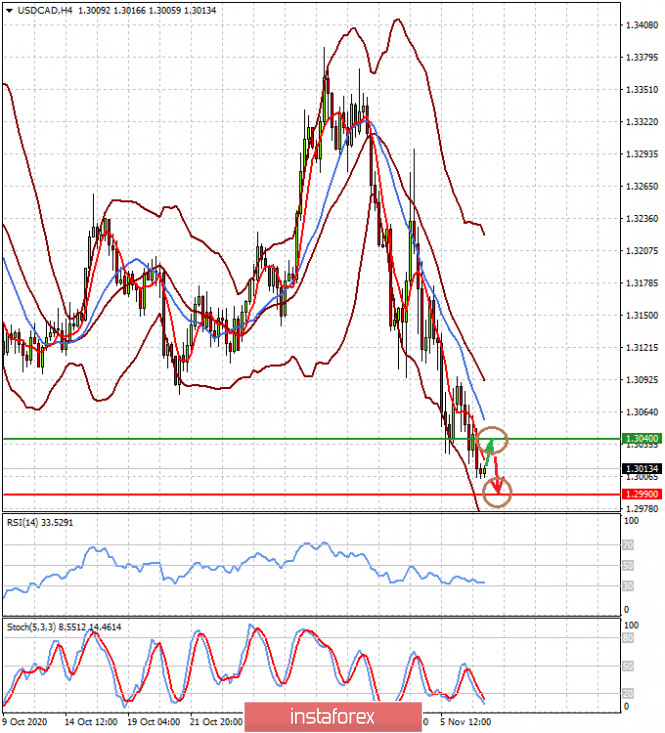