Markets are very optimistic, so demand for risk will remain stable. Overview of USD, NZD, AUD

The markets are surprised with the news that Pfizer and BioNTech's experimental COVID-19 vaccine is said to be 90% effective when tested by a large (more than 40,000) test group. This is reflected in a sharp increase in oil prices, stocks and bond yields. According to the expert, the fact that 90% of efficiency is an extraordinary result adds to the positivity, since the efficiency was predicted at the level of 60-70%.

Meanwhile, the US Congressional Budget Committee (CBO) has summarized data for the 2020 fiscal year ended September 30. The federal budget deficit was $ 3.1 trillion, which is more than three times the deficit recorded in fiscal 2019. The 3.1 trillion is 14.9% of the country's GDP, up from 4.6% in 2019 and 3.8% in 2018; in relative terms, this is the highest since 1945. In the post-war years, the United States managed to improve the situation due to the dollar's global status, which was in demand for post-war recovery. However, it is not clear how the newly elected President will solve this problem in the current conditions. 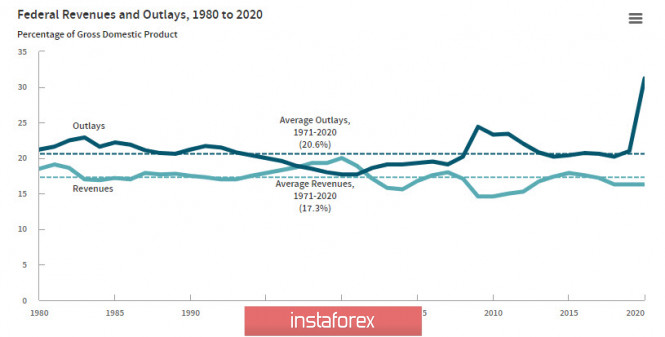 If the Republicans continue to control the Senate, which requires prerequisites for that, then the threat of tax increases from the new president will sharply decline. In fact, the optimistic reaction of the markets after the announcement of a successful vaccine trial lay on an already prepared ground, as the probability of passing a new law on financial support increased, and the threat of tax increases decreased. Of course, there was a demand for profitable assets, which is a completely natural reaction of the markets.

We expect the demand for risk to continue today after a slight correction. In particular, the growth of oil and commodity currencies, while the yen will remain under pressure.

Amid growing demand for risk, the New Zealand dollar reached a new 17-month high, moving towards the previously announced target of 0.6930/50. Reflecting the latest data for the pre-election week, the CFTC report showed that the NZD remained in a stable long position at 471 million, contrary to other commodity currencies, which were actively selling. This morning, the target price has reversed upwards, holding above the long-term average, and the chances of an impulse development look significant. 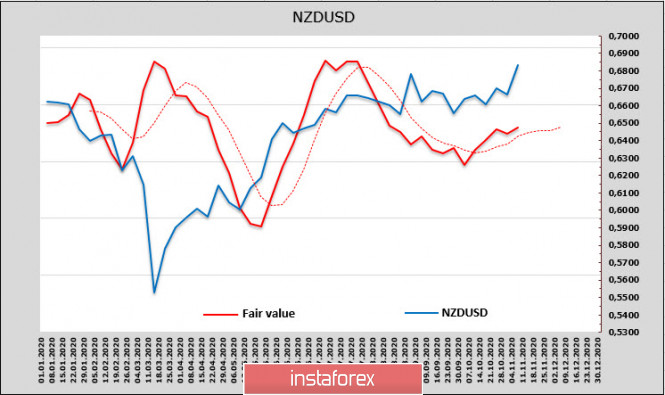 The RBNZ's monetary policy meeting will take place tomorrow, from which changes are not expected. They also have previously repeatedly confirmed that it intends to cut the rate at its meeting in April 2021. Expanding economic incentives at its meeting in December is also likely, but there are no reasons for urgent measures at the moment. The labor market in Q3 has been steadily recovering, with inflation expectations for Q4 at 1.59%, up from 1.32% in Q3, indicating confidence in consumer demand.

Technically, the NZD/USD pair is likely to make an attempt to rise to 0.6930/60, where a high will be formed, followed by a downward pullback. For the NZD/AUD cross-instrument, the decline to the goal of 1.0550 remains relevant.

The Australian dollar clearly strengthened within the general trend yesterday, but, unlike the NZD, it failed to break through the high of September 1. All accumulated positive futures were lost in the latest CFTC report, the weekly change is -728 million, a short position was formed, and the estimated fair price remained below the long-term average and is directed below. 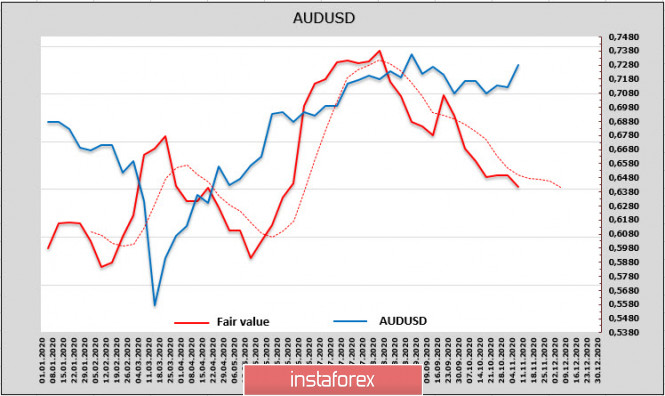 The negative effect was received a week earlier, when the RBA cut the rate to 0.1%, and the RBA's head said that there is a risk of expanding incentives in addition to the $ 100 billion package during the end of the meeting.

Following the general market trend in demand for risk, the AUD may continue to rise, but there is still a high possibility of a downturn. The resistance level is at 0.7344, consolidating above almost guarantees an attempt to update the level of 0.7420. However, it is more likely to move to the side range, near the zone of 0.7210/40.