Technical Analysis of BTC/USD for November 9, 2020

In an announcement Friday, the US Department of Justice demanded the seizure of $ 1 billion from an anonymous hacker.

The department asked the court of the Northern District of California to block approximately 69,370,22491543 Bitcoin, Bitcoin Gold, Bitcoin SV, Bitcoin Cash obtained from a suspect wallet.

The court document failed to identify the person behind the wallet, instead referred to him as "Person X", but claims they managed to hack Silk Road and steal the crypto, much to Ross Ulbricht's disappointment. The hacker apparently agreed to the takeover of the funds, which caused the funds to change hands for possibly the first time in five years.

The value of these funds today makes it the largest cryptocurrency takeover in history.

The Justice Department has become much more active in the cryptocurrency space in the past month. In early October, the agency released a cryptocurrency enforcement framework that some have dubbed a harbinger of serious action.

Bitcoin is trading at the yearly highs and bulls are in control of the market. The up trend continues and the next long term target for Bitcoin is seen at the level of $16,000, so any correction or local pull-back should be used to open the buy orders. This scenario is valid as long as the level of $10,000 is broken. 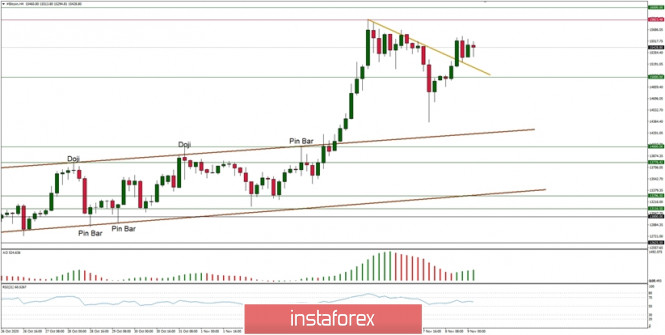