The British pound at a crossroads: up or down 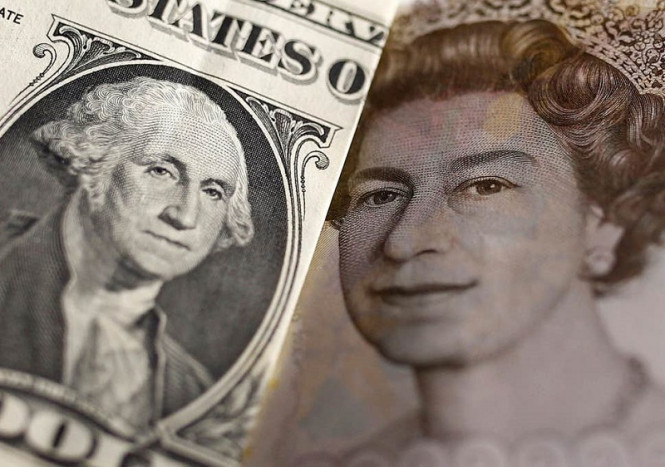 The British currency broke growth records yesterday. So, the British pound against the euro reached its highest level in more than two months. Similar highs were recorded against the dollar. If the growth of the GBP/USD pair can be explained by the weakness of the US dollar, then looking at the fall of the EUR/GBP, it is necessary to look for positive factors from the British currency, and the traders found them. First of all, buyers of the pound were optimistic about the news of Joe Biden's victory, the Democrat President is expected to put pressure on the British government to conclude a trade deal with the EU.

"Northern Ireland is a 'sensitive topic' for Biden, due to the fact that he supported the peace process. At the same time, he seems to be in favor of "diplomacy, unity, and cooperation," ergo he can be critical of the split between the UK and the EU," according to Commerzbank.

The second reason is Pfizer's experimental COVID-19 vaccine. Due to the news that it is 90% effective, global markets reacted with a sharp increase. Traders felt that a drug that might be available would soon be a particular boon for the UK, as its economy has been ravaged by the coronavirus.

Traders of the pound feared that the consequences of another nationwide lockdown, combined with a tough scenario for the country's exit from the EU, could push the Bank of England to introduce negative rates in January.

Today the GBP/USD pair was approaching 1.33, up more than 1% since Monday and reaching its highest level since September. During the US session, the quote retreated from the highs, which is mainly due to the growth of the US currency, which resumed growth. 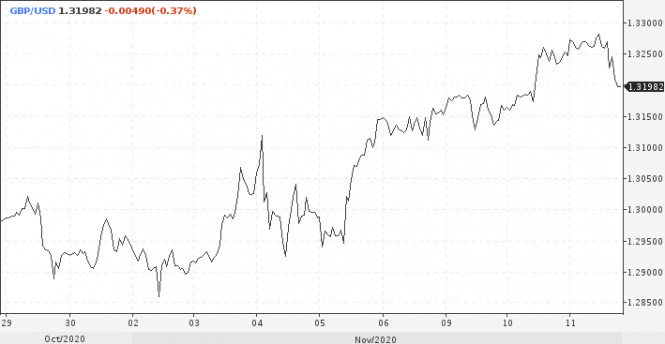 Against the euro, the pound rose about 0.2% to 88.785 pence per euro, but also retreated from highs.

If a breakthrough on Brexit does occur and hopes for a coronavirus vaccine are justified, the EUR/GBP rate may head towards the 0.86 mark. 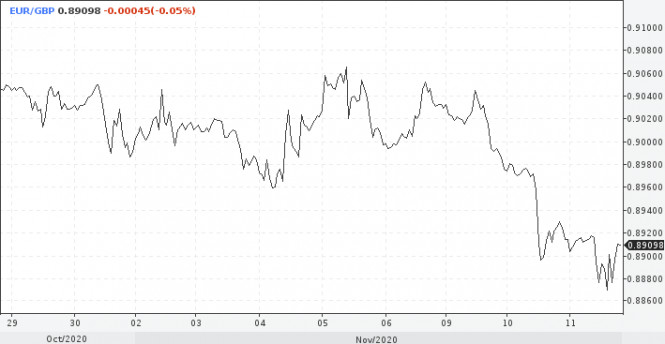 Britain left the EU in January, and both sides are in talks to agree a trade deal. The transition period ends on December 31.

However, some experts are skeptical about the possible conclusion of a deal within the specified period. Biden stressed the importance of protecting the Northern Ireland peace agreement in the Brexit process when he called British Prime Minister Boris Johnson on Tuesday. But in a short period of time, it will be difficult to reach an agreement with the EU that even remotely resembles one that offers full access to the internal market.

In this scenario, the British economy will face not only the consequences of the coronavirus, but also the obstacles associated with the fact that trade will be less free than during the transition period. It is unlikely that the pound will like it.

There are two interesting facts about the vaccine. First, the medicine must be stored at a temperature of minus 70C. And naturally, this raises doubts about the possibility of mass and rapid vaccination. Second, the head of Pfizer sold 60% of his shares in the company on the day of the announcement of the results of the vaccine trials, when the papers were on top.

In the very near future, the positions of risky assets may be shaken due to new social restrictions in the United States, and the market did not take this into account. In Europe, the incidence curve in America has become vertical.

In the economy of the Euroblock, the main focus now is on assessing the damage of the second lockdown. Published yesterday, November business climate indicators from ZEW for the European economy and Germany fell short of the forecast. It seems that the ECB at the December meeting will ease monetary policy more than initially expected. Therefore, the euro is gradually losing ground against other currencies. If this is indeed the main reason for the current movement of the euro, then the factor of the ECB meeting will be the main one in the short term.

Interesting? Write a comment below.
 #The British pound at a crossroads: up or down
Forward 
Backward 