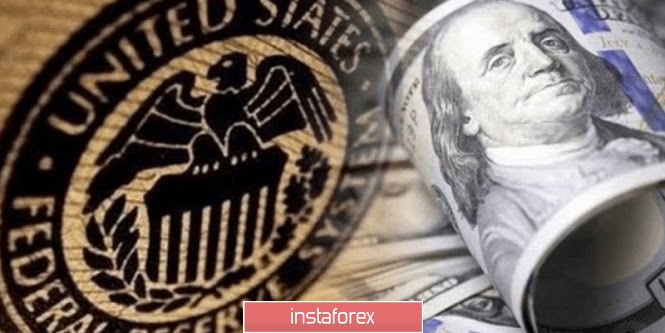 The Dollar extended its decline on Thursday, showing the biggest three-day decline. Demand for it has fallen as markets anticipate the victory of Joe Biden. In recent days-- even weeks-- investors have been in a state of uncertainty as Donald Trump has launched a multi-pronged attack; filing lawsuits to recount votes in several States. This is also seen as a negative factor for the greenback.

The Federal Reserve, which will announce its decision on the rate of monetary policy today, may worsen the already shaky position of the US Dollar. The regulator, as market players expect, hints at a possible adjustment to the asset purchase program either in an accompanying statement or during a press conference by Jerome Powell.

"The meeting of the Federal Reserve is a secondary issue but there is a chance that it may strengthen hints about a possible expansion of quantitative easing, and this will be an additional negative factor for the Dollar," experts write.

However, most market strategists still believe that now is not the time for any statements and hints. The Central Bank will wait until December. Since the winner of the election has not yet been announced, Fed members will strictly adhere to their latest statement. They will once again promise to do everything possible to help the economy overcome the downturn caused by the pandemic.

The dollar index sank 0.9% today to 92.64. Its lowest level in more than a week. Its weakness is also compounded by the widespread decline in Treasury yields. The spread between benchmark 10-year and 2-year debt narrowed to a 3-week low. 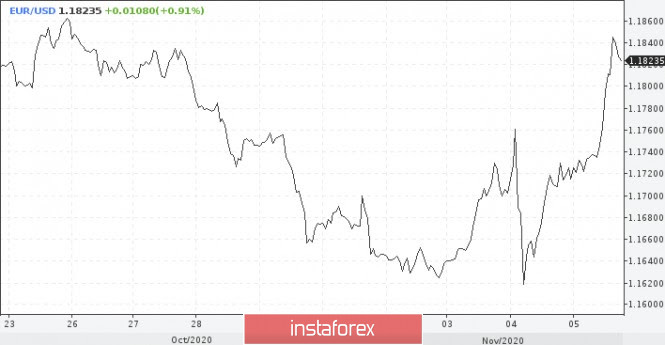 As for the Pound, it was able to rise to the area of 1.30 in a pair with the Dollar today. The Pound certainly took advantage of the weakness of the US currency. Buyers also became more active after the results of the Bank of England meeting were summed up. 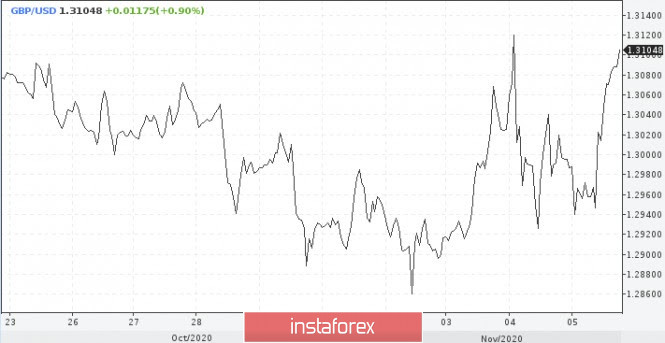 The Central Bank kept the rate at the same level and announced an increase in the program for buying state bonds by $195 billion. The accompanying statement noted that the British economy will contract in the current quarter. Starting today, the country has declared a four-week quarantine. A little earlier, lockdown was introduced in Scotland, Wales, and Northern Ireland.

Despite attempts to recover, the overall negative background will restrain the growth of the British Pound in the future. The composite PMI in October fell short of the forecast 52.3, amounting to 52.1 points. The index of business activity in the service sector fell to 51.4 points. If you add national quarantine and Brexit, it turns out that the Pound has no chance of growth. The only consolation for him now is a weak Dollar.