The probability of growth from current levels is increasing significantly due to the fact that the support zone formed by bank liquidity was tested. It is important to note that the pair fell by 1%, indicating the impulsive nature of the bearish movement. The first growth target is the start point of operations on the open market ECB 1.1765. The possibility of closing today's trading above this level is below 10%, which indicates the need to consider the further decline in the second half of this week as the main one. 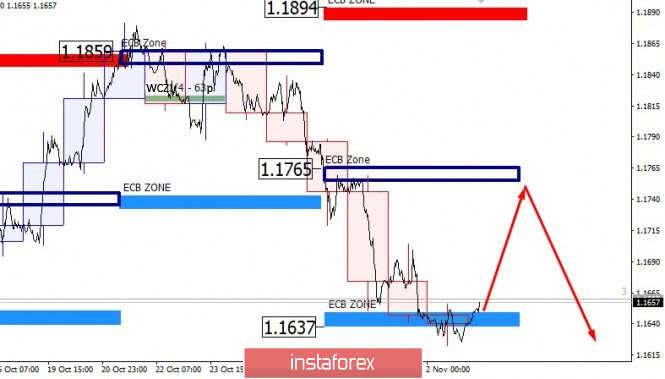 This is the second week that leads to a decrease from the level of bank opening of trading. The European Central Bank supports the pair's decline and makes it possible to continue working in a downward direction.

Working towards a corrective movement to return to the banking level of 1.1765 is possible. However, it is necessary to understand that a new zone will appear tomorrow, which may become a resistance. For this reason, purchases must be converted to breakeven and attention must be on tomorrow's formation of the reference point.