The Federal Reserve may announce measures now rather than December 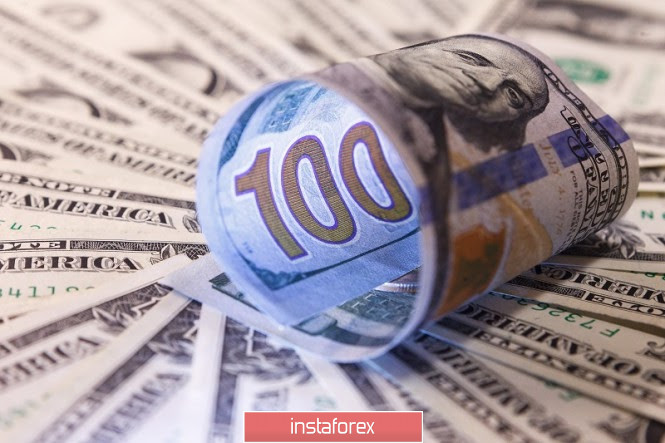 The focus in recent times has been on the US election, Monday being the last day of the presidential race. The chances of either candidate winning seem equal which makes investors nervous and the uncertainty in the market increases. The volatility index is far from its usual range and is not even in the area of the levels that we have seen in recent months (20-25). The indicator went above 30-35, which once again indicates market instability.

In general, Trump's victory, as well as Biden's, will equally be positive for the US stock market. If the leadership remains with the current President, it will mean maintaining trade policy with the Federal Reserve's aggressive stimulus policy. The Biden presidency is a new injection of money into the economy. The Democrat is also likely to change the tone of trade relations.

Both factors, in turn, will contribute to the decline of the Dollar, which still retains its position in the market mainly due to the status of a protective asset. As soon as the election situation clears up and none of the candidates contest the results, Dollar sales are likely to increase.

It is worth noting that immediately after the election, the Federal Reserve will hold a meeting on monetary policy. There has been growing talk that the regulator may take action as early as this week, without waiting for the December meeting. The reason is the deterioration of the epidemiological situation and the lack of new budget incentives. Congress cannot seem to come to an agreement on any stimulus package and companies in major American cities are boarded up because of a possible wave of protests over the election results. Recall that due to the election, the Central Bank postponed the scheduled meeting for Wednesday-Thursday.

Meanwhile, Jerome Powell and other senior officials of the US regulator are calling on the US government to increase budget spending. This will help Americans cope with the consequences of the pandemic. The first release on GDP for the third quarter showed growth of a record 33% but economists still fear for the economic recovery in the future. Due to the growing number of infected people in the country, many states are tightening their social distancing policies, and federal incentives have mostly been stopped.

On Friday, the Federal Reserve lowered the minimum loan amount under the real sector lending program to $ 100,000 from $ 250. In addition, conditions were simplified for small and medium-sized companies applying for a loan. Companies, however, did not rush to get loans.

The regulator may have to increase the pace of asset repurchases from the current $120 billion a month or make other adjustments. This will be a signal that the Central Bank is ready to lend a shoulder to the markets. Meanwhile, officials do not believe that an increase in the volume of incentives will have a tangible effect.

The FOMC may also announce a move to buy back longer-term securities. Thus, financial officials will show that this is real quantitative easing and not just a way to maintain the level of liquidity.

Interesting? Write a comment below.
 #The Federal Reserve may announce measures now rather than December
Forward 
Backward 