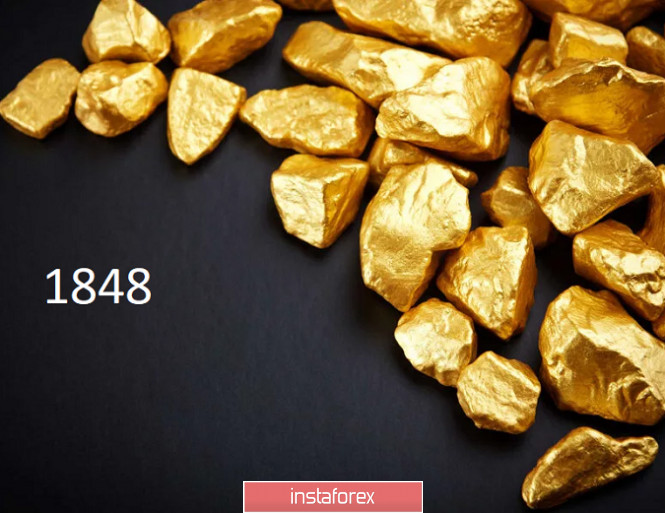 Gold prices have declined significantly over the past two trading days, breaking through the technical trend line of support. I propose to consider the scenario for the continued fall of gold before the US elections according to the following scheme:

As a matter of fact, we have a three-wave structure ABC, where the wave A is the initiative of Wednesday and Thursday. Now, we have a pullback wave "B," which has reached 50% Fibo from the short impulse. It is recommended to work on the downside in order to update the September minimum at the 1848 quote.

The short-term scenario will be relevant until the breakdown of 1910. The probability is 2 to 1.

This trading idea is presented in the framework of the "Price Action" and "Stop Hunting" methods.