Let's not give in to general panic and set aside our emotions. In short, we should let the Americans figure out their own elections. It is no longer so important whether there are falsifications and frauds or not. Due to this chaotic process of election, serious conclusions will be drawn. First, we should focus on how the market behaves, especially in the currency market. As soon as the counting began, Mr. D. Trump was leading in a number of key states, and theoretically gained enough electoral votes to maintain his residence in the White House for another four years. The US dollar was steadily rising at this moment, but as soon as the favor shifted towards Mr. J Biden, the same currency began to lose its position. There is a clear reason for this behavior – from the point of view of investors, Biden's victory is ambiguous. If everything is quite clear with the economic policy of Donald Trump, then we don't know what to expect from Joseph Biden. During the election campaign, he was so carried away by the current President's accusations of working for foreign intelligence services and a complete failure in the fight against COVID-19, that he simply did not have time to tell about his economic program. Thus, the market's reaction to a possible victory for Joseph Biden is largely understandable, but this is only what lies on the surface.

The whole point here is that during the entire post-war history, the United States acted as a kind of last refuge. That is, during any global crisis, capital from all over the world flocked to America. In view of this, investors fled from ever-increasing risks. Therefore it is not surprising if American banks and investment funds are considered to be the ones who control the bulk of capital in the world. Due to the current situation, each of us tries to find the safest and most peaceful place. So, this whole political circus, which is now happening in the United States, undermines the dollar's positions, with serious long-term consequences. Over the next two days, the market will be pushed from side to side, due to consecutive information flow. In this regard, the FOMC meeting will be entirely ignored and the Fed, in turn, will not take any steps as everyone is waiting for the final results of the elections. 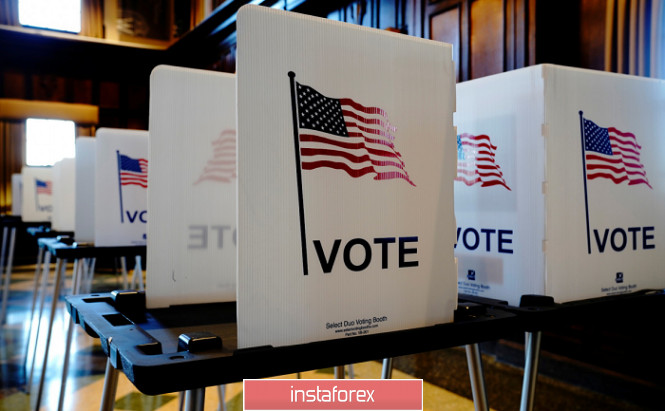 The EUR/USD pair is focused on chaotic surges, depending on the incoming information. We can assume that speculative hype will continue in the market, where the information flow will remain as the main lever, and the variable levels will be the levels of 1.1700 and 1.1765. 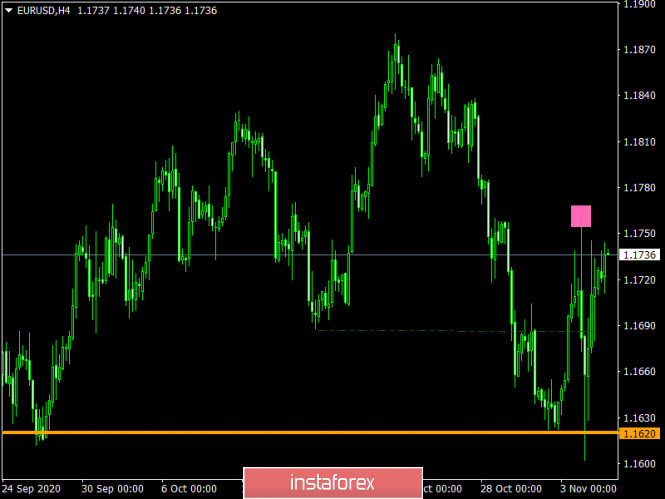 The GBP/USD pair is very active, working on the speculators' account, where the range of 1.2930/1.2980 became a temporary stop. The range will be broken soon, where the primary trading tactic is considered to be the method of breaking through the established boundaries. 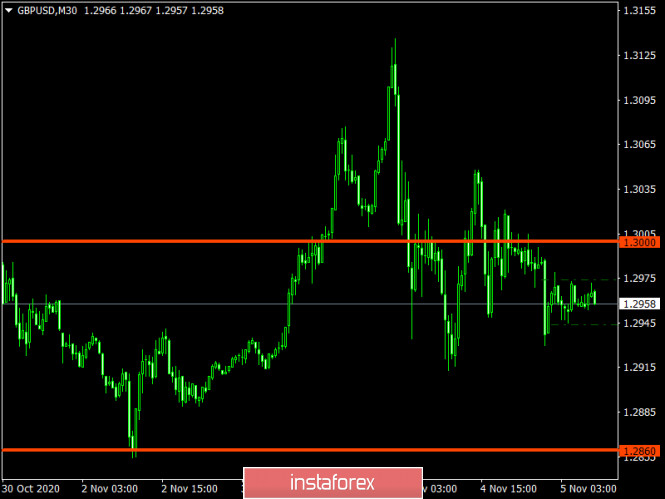