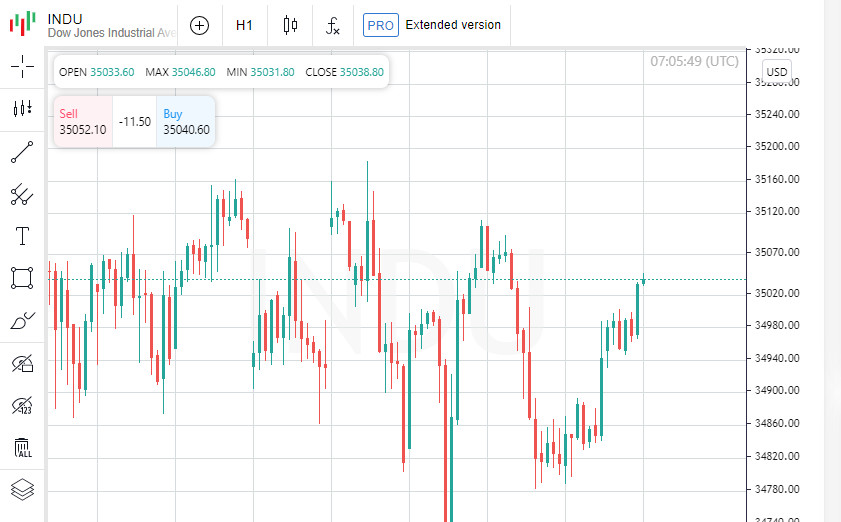 The number of Americans applying for unemployment benefits for the first time last week fell by 14 thousand, that is, to 385 thousand people, according to a report from the US Department of Labor. This is the minimum level for the month. Analysts on average expected a decline to 384 thousand.

Meanwhile, the US trade deficit in June 2021 was $ 75.7 billion, up from a revised $ 71 billion in May, according to the country's Commerce Department. Experts on average expected the US foreign trade deficit to increase to $ 73.9 billion in June from the previously announced $ 71.2 billion in May.

Traders continue to closely monitor the worldwide spread of the new COVID-19 delta strain in an attempt to assess the potential impact on the global economy. The number of registered infections with the coronavirus COVID-19 in the world as of Thursday morning was 200 million 239 thousand 381, the American Johns Hopkins University reported. Since the beginning of the spread of the virus, the number of victims of diseases related to COVID-19 has reached 4 million 256 thousand 797 people.

Also in the spotlight are the statistics on the labor market, the publication of which is expected on Friday. Experts suggest that they will be key for the Federal Reserve System (FRS) against the background of the fact that the regulator is considering the possibility of tightening monetary policy.

According to investment strategist Edward Jones Angelo Kurkafas, this will be a big event this week, as it will directly affect the Fed's actions. Tomorrow's data and September's are critically important for the representatives of the regulator's management before deciding on the curtailment of stimulus measures and when and at what pace to implement it.

Uber Technologies shares rose 3%. The American taxi-ordering and food delivery company hit profitable levels in the second quarter of 2021 thanks to an unrealized revenue of about $ 1.9 billion from a revaluation of its stake in Didi Global Inc. and Aurora Innovation Inc.

Occidental Petroleum Corp. share price rose by 2%. The American shale producer cut its net loss in the second quarter of 2021 by 3.5 times compared to the previous quarter amid rising oil and gas prices.

Electronic Arts Inc. fell in price by 2.2%. One of the leading PC game manufacturers in the world reduced its net profit in the first financial quarter by 44%, but increased its revenue.

Etsy Inc. decreased by 9.7%, although the US online trading platform increased net income and revenue in the second quarter stronger than expected.

Moderna Inc. declined 0.7%, despite the fact that the American biotech company reached profitable levels in the second quarter of 2021. At the same time, profit significantly exceeded expectations on the background of the sale of 199 million doses of the coronavirus vaccine developed by the company.