Analysis and trading recommendations for EUR/USD on August 24

There was a signal to buy in EUR / USD on Monday, but it had to be ignored at first because the MACD line was far away from zero. Fortunately in the afternoon, the indicator managed to move up from zero, so traders were able to open long positions which, in turn, led to a 20-pip increase in the pair.

The reason was the released data on business activity from the EU and the United States. Although the figures in the Euro area fell a bit short of forecasts, the drop in the US set off the increase in the pair.

And today this bullish move may continue provided that the upcoming GDP report from Germany exceeds expectations. Statements from the ECB regarding the monetary policy will affect the market as well. Data on US home sales and manufacturing index may also contribute to the rally, but only if the figures are worse than expected as such would put pressure on dollar. 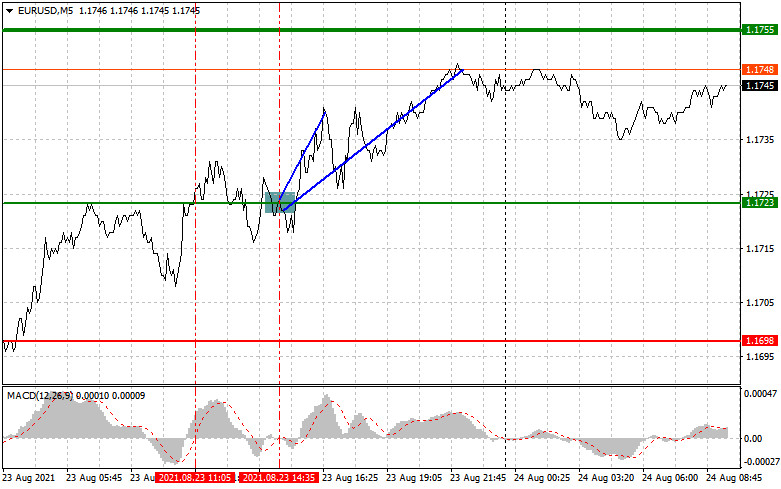 Open a long position when euro reaches 1.1754 (green line on the chart), and then take profit at the level of 1.1796. EUR / USD may climb higher if GDP data from Germany and the whole Euro area exceed expectations. But before buying, make sure that the MACD line is above zero, or is starting to rise from it.

Open a short position when euro reaches 1.1733 (red line on the chart), and then take profit at the level of 1.1693. A decline will occur if Germany releases weak GDP data and if the ECB takes a wait-and-see position on monetary policy. But before selling, make sure that the MACD line is below zero, or is starting to move down from it. 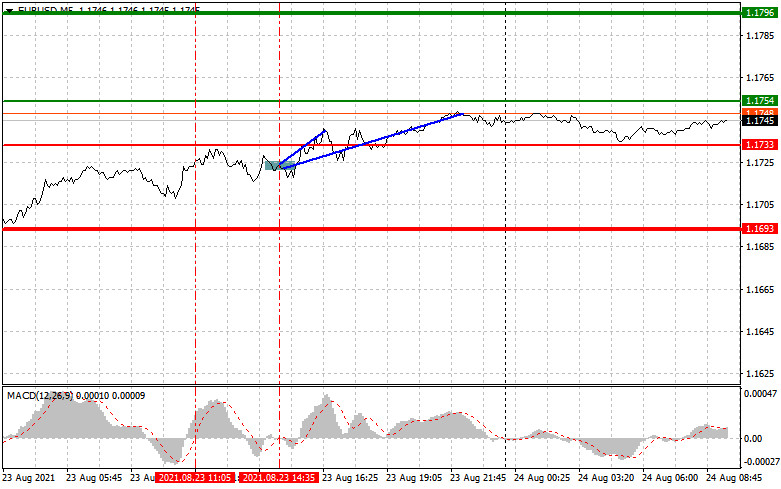