Analysis and trading recommendations for EUR/USD on August 27

There was a signal to buy in EUR / USD in the morning, but traders had to ignore it because it came when the MACD line was at the overbought area. This resulted to euro dropping by another 20 pips, which, in turn, formed a signal to sell in the market. But since the MACD indicator was far away from zero, the pair did not go down much. Following that was another signal to buy, but it also did not result in a large movement.

Obviously, the minutes of the July ECB meeting and data on money supply and lending did not affect the market much.

And today, since there are no important macro statistics scheduled to be released, the market will most likely remain calm in the morning. But by afternoon Fed Chairman Jerome Powell will make a speech, which will be decisive to the EUR / USD pair. Data on German import price index and US income will most likely be ignored. 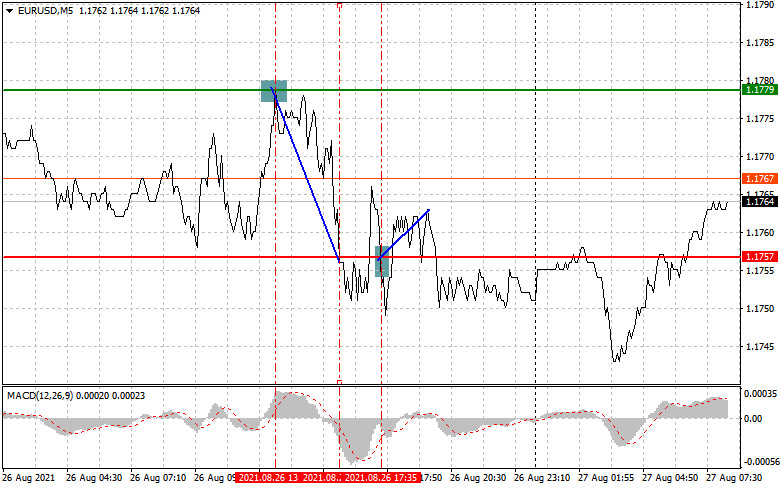 Open a long position when euro reaches 1.1770 (green line on the chart), and then take profit at the level of 1.1800 (thicker green line on the chart). EUR / USD trade upwards if the Federal Reserve does not hint on future policy changes. But before buying, make sure that the MACD line is above zero, or is starting to rise from it.

Open a short position when euro reaches 1.1750 (red line on the chart), and then take profit at the level of 1.1708. A decline will occur if US releases strong economic reports and if the Fed indicates potential changes in the monetary policy. But before selling, make sure that the MACD line is below zero, or is starting to move down from it. 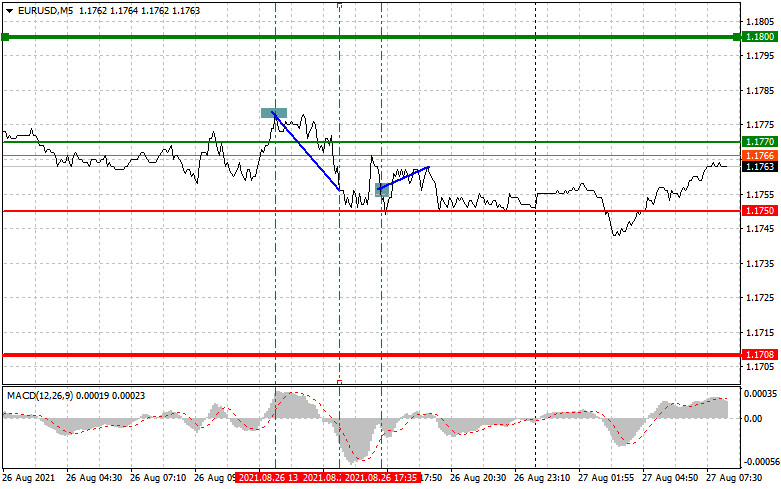