Analysis of GBP/USD. August 31. US and UK: coronavirus is not retreating 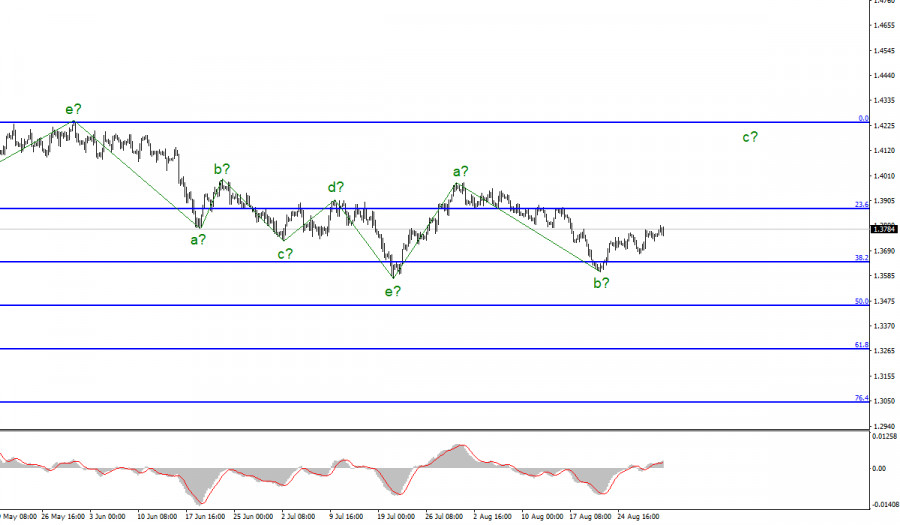 The wave counting for the pound/dollar instrument still looks quite convincing at this time. Supposed wave b turned out to be too deep, but it still does not break the wave counting. Retreating from the lows that were reached during the last week indicates that wave b may already be completed. Thus, the markets still have the opportunity to build a three-wave bullish structure. This option is still the main one at the moment. But a successful attempt to break through the lows of the last waves b and e will indicate that the markets are not ready to buy the pound and will require adjustments to the current wave counting. However, as in the case of the euro, I recommend starting from the variant of the wave counting that is available at the given time, and not from the option of "which may be if...". Based on these considerations, I continue to expect quotes to rise in the direction of the peak of wave a, which is located near 1.3981.

The pound/dollar instrument increased by 45 basis points on Tuesday and it may continue to rise. Despite the fact that there was no news background in the UK today, the markets still found reasons for new, restrained long positions on the pound. And the US consumer sentiment indicator, which dropped from 129 points to 113, only slightly reduced the demand for the US dollar. Meanwhile, the coronavirus situation is not improving in America or Britain. The number of cases is growing there despite the high rates of vaccination in both countries. Even adolescents have already begun to vaccinate in the UK. However, doctors and epidemiologists are still skeptical and urge to prepare for the worst. And the worst-case scenario assumes that the virus will continue to mutate constantly, creating new strains for which existing vaccines are much less effective.

For example, Pfizer's vaccine against the latest delta strain is only 66% effective. Moreover, doctors warned that the effectiveness of the vaccine decreases over time and, in order to always be protected, you need to be vaccinated almost every six months. Further, scientists found that the coronavirus mutates about once a week, which is twice as often as previously thought. This means that the virus is constantly changing, acquiring resistance to vaccines. Thus, with the arrival of autumn, the number of diseases around the world can only increase, as well as the number of new strains and mutations. Unfortunately, it is still too early to say that humanity has won a victory over the virus. The economies of Great Britain, the United States and, in general, all countries of the world may begin to slow down again.

The wave pattern is now more or less clear. I still expect to build an upward wave, so at this time I propose to consider buying the instrument for each MACD signal "up" with targets located around 1.4000 (the first target). The instrument has supposedly completed the construction of the downward wave b and is ready to rise. 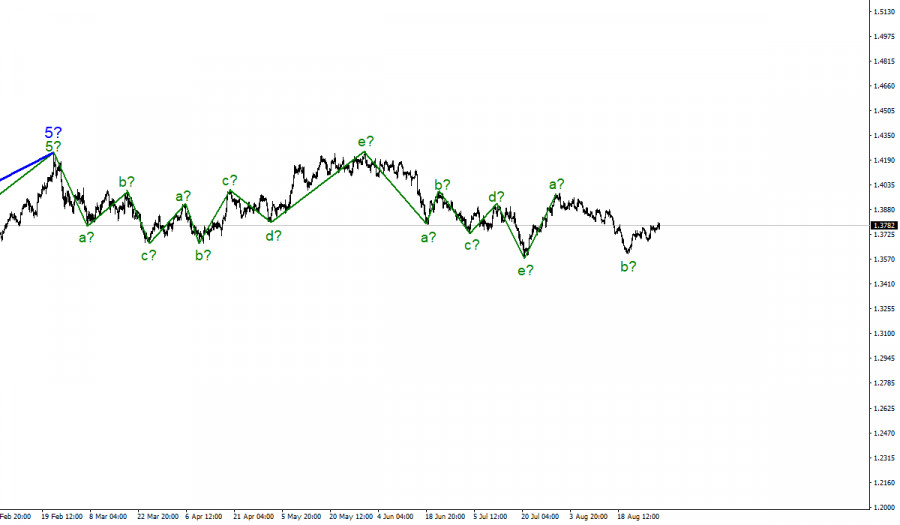 The upward part of the trend, which began its construction a couple of months ago, has taken on a rather ambiguous form and has already been completed. The new part of the trend may acquire an impulsive form, its first wave acquired a rather extended form and exceeded the peaks of waves b and d. The chances of another strong increase in quotes are growing. If the news background does not interfere, then the increase in quotes should continue in the near future.

Interesting? Write a comment below.
 Analysis of GBP/USD. August 31. US and UK: coronavirus is not retreating
Forward 
Backward 