Over the past six months, the share of institutional investors in the crypto market has increased significantly. The interest of large companies in coins makes them more balanced and predictable. However, market players are still getting used to the presence of institutional investors. For example, analysts fear that the current growth of ETH is completely unrelated to the activities of retail investors as it was triggered by large companies. The situation is similar to BTC. According to data, more than 50% of all transactions in the bitcoin network are made from addresses with at least 10,000 BTC on their wallets. Naturally, such a large influx of institutional investors boosts the development of the crypto market, but at the same time, there are also those who can use their influence for rapid, and extremely harmful to the market, enrichment.

For instance, not long ago, more than $12 billion in BTC and ETH was sent to the cryptocurrency exchange from one or more addresses. There are suspicions that the same whale could produce colossal injections. It is likely that such investments are designed to make a quick profit by investing funds before the start of market growth and locking in profits at a certain moment. Analysts at Santiment note that such actions of whales in the past led to a dump. Before that, there was a wild rally in the market. In the short term, this boosts demand in the market and causes a strong increase in prices and commissions. Notably, at the same time, the trading volumes practically do not change. It triggered the creation of a gap between the real value of the asset and the current exchange rates. Due to this discrepancy, bears may increase pressure on the quotes and extend the correction. 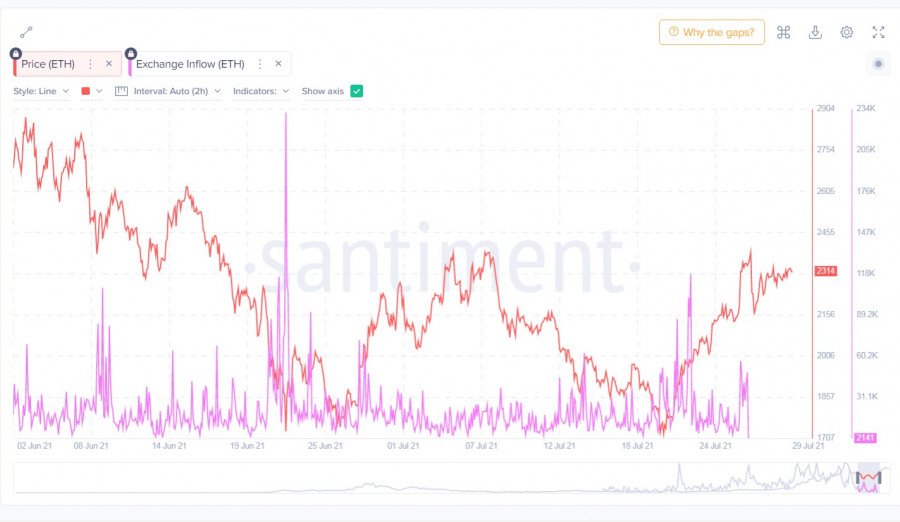 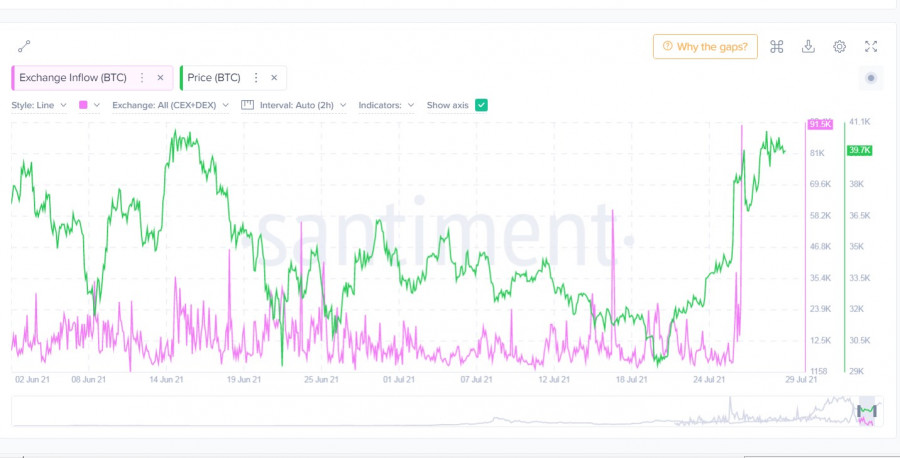 This is exactly what happened with the quotes of the BTC/USD pair. Bitcoin sank by more than $2,000 shortly after the huge transfer. At the same time, ether collapsed to the support level of $3,100. In addition to the formation of a discrepancy, such manipulations put additional pressure on cryptocurrency quotes. Having received the profit triggered by the pump, institutional investors begin to lock in profits, which is bearish for crypto assets. As for other negative consequences, we can highlight the increased volatility of the asset, as well as the correction and losses caused by the closure of positions on cryptocurrency platforms. 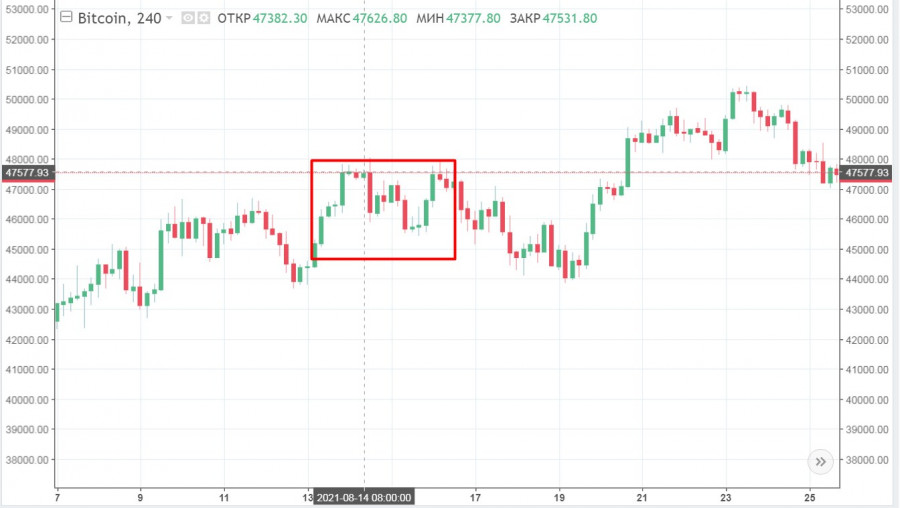 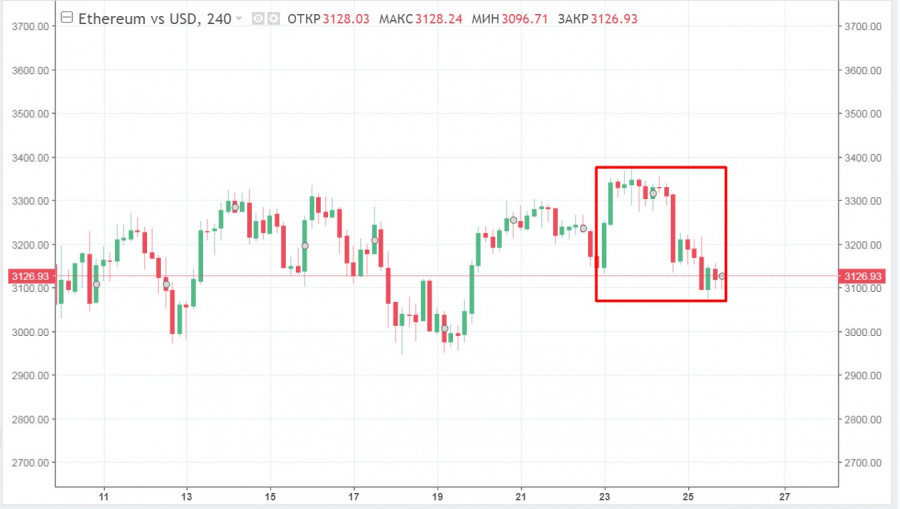 The main problem of such manipulations is their sudden effect on the market and the lack of real grounds for growth. Institutional investors, unlike retail traders, do not need to join forces in order to cause a price boom and earn money. In the current situation, everything went well. Despite the attempt to pump and dump, BTC and ETH are showing signs of a recovery. However, the main danger of such operations on the market lies in the time of their implementation. The current market sentiment did not allow the BTC price to fall below the upward support level. However, under less favorable circumstances and more active participation of bears, it may lead to the breakout of the important support level and a strong trend reversal. The same applies to ETH, which could break through $3,100 and drop even lower. Crypto traders would have incurred big losses. 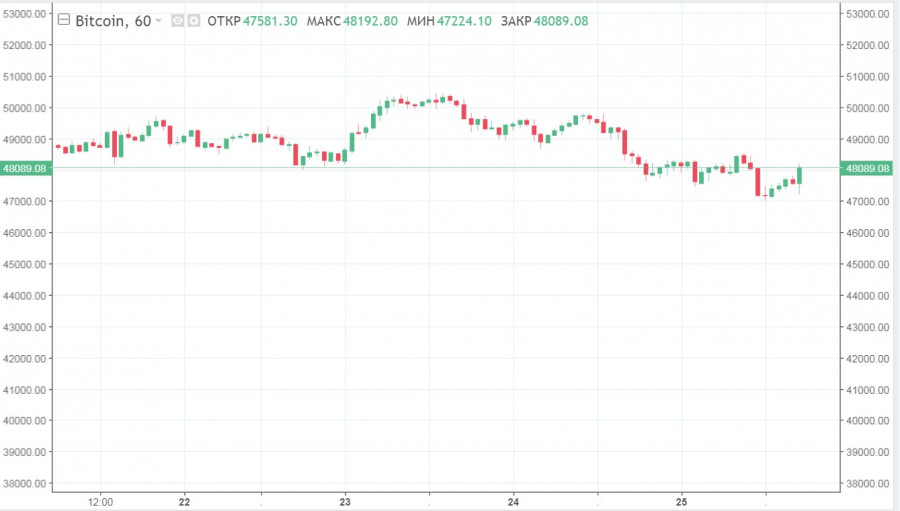 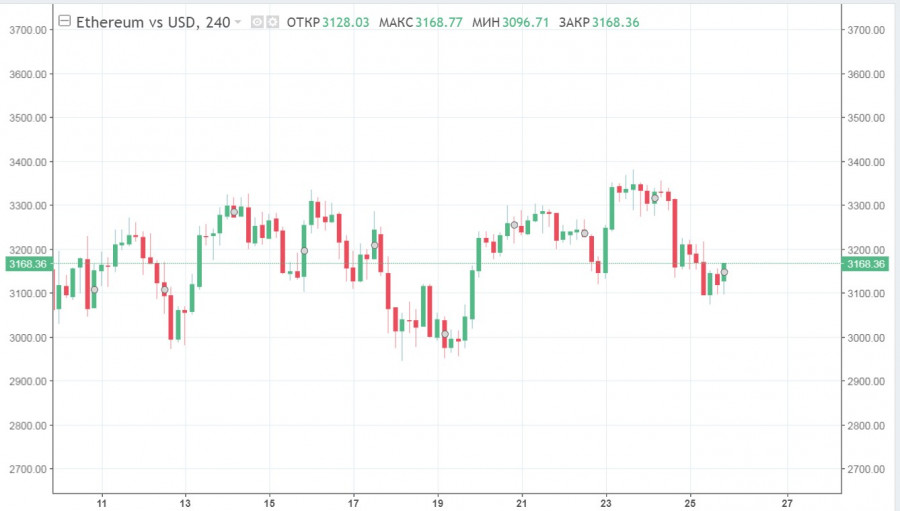 The crypto market has just begun to adapt to such manipulations of institutional investors. Experts are sure that their influence will only strengthen in the near future. At the moment, despite the decline in the number of retail investors of BTC and ETH, the volatility of these assets will not decrease. This is precisely due to the fact that large market players with an even bigger influence will continue to affect the quotes of coins and use the market sentiment to their advantage. As for the transfer of $12 billion to ETH and BTC, it is just a vivid confirmation of this. Meanwhile, the share of institutional investors in bitcoin continues to grow. Recently, MicroStrategy acquired another 3,000 bitcoins worth $177 million. The total number of whales exceeded 50%.