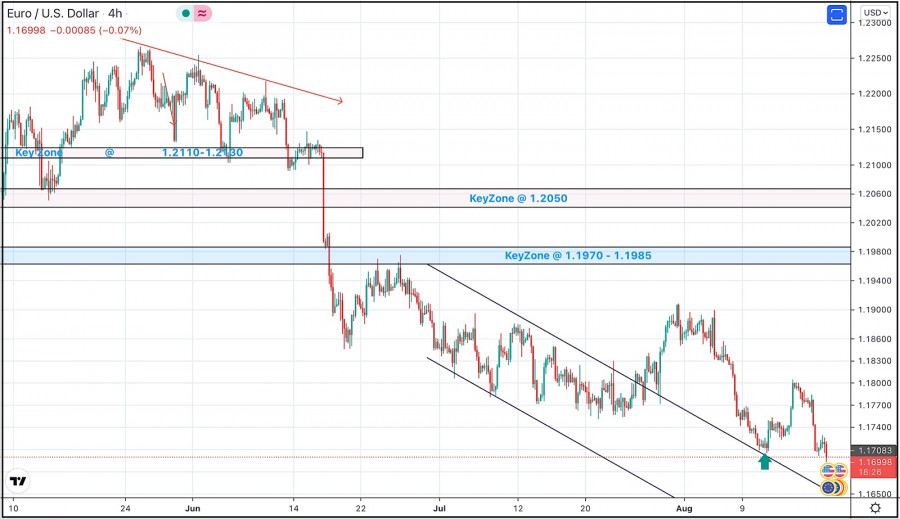 Bearish persistence below the price zone of 1.2050-1.2000 allowed the current short-term downtrend to be established.

Initial bearish targets were located around 1.1940 then 1.1800 which offered some bullish rejection for sometime before another bearish movement could take place towards 1.1770 and 1.1700.

So, the EURUSD pair has been moving downwards within the depicted bearish channel while the price level of 1.1780 stood as a prominent demand level that prevented further bearish decline.

The bullish pressure that originated around 1.1780 failed to push higher than the price level of 1.1900. That's why, another bearish pullback towards 1.1700 was being executed.

Bullish signs were expected around the current price levels of 1.1700-1.1730 as it corresponded to the backside of the broken channel. Hence, a quick bullish movement was initiated towards 1.1800.

Bullish breakout above 1.1830 was needed to enhance the bullish side of the market and enable further bullish advancement towards 1.1900 and 1.1970.

Any upcoming bullish pullback towards 1.1985 should be considered for bearish rejection and a valid SELL Entry.