Buying and selling in the stock market on August 23

On the weekly chart, the price broke above the indicator lines of the balance and MACD, showing the peak of the last week at the Fibonacci level of 61.8%. 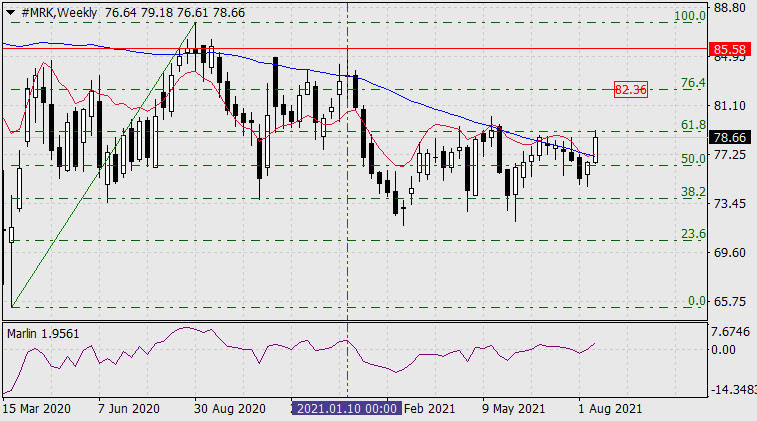 The Marlin Oscillator has moved into a growing trend zone and encourages the price to overcome this Fibonacci level. The first target of growth is the next Fibonacci level of 76.4% at the price of 82.36. The second target is determined by the top of January - 85.58. 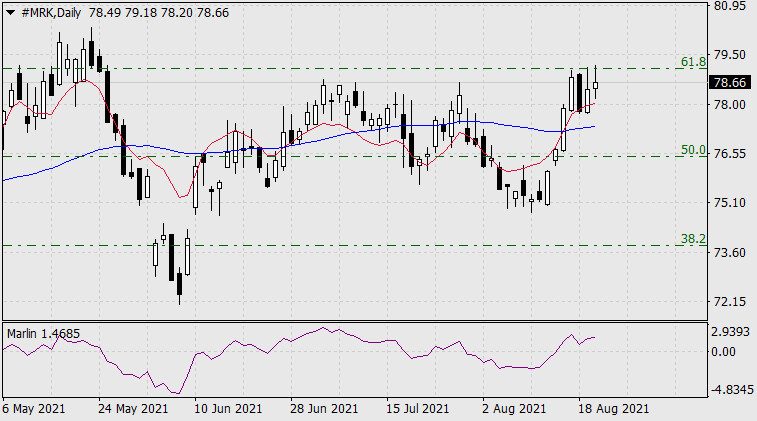 On the daily chart, the price is fixed above both indicator lines. The Marlin oscillator is in the zone of positive values, it tends to go up. The trend is increasing. 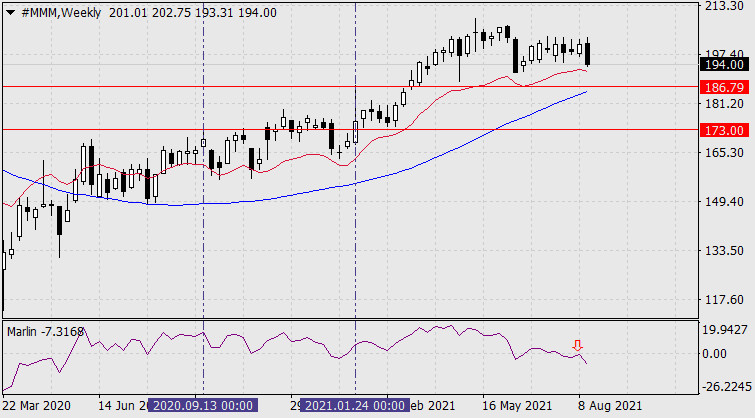 On the weekly chart, the signal line of the Marlin Oscillator turned down from the zero line - from the border separating the growth and decline zones. The first target of the price is the MACD line, approaching the top of July 2017 at 186.79. The peak of January 2021 is also near this level.

Overcoming this level by the price opens the second target at 173.00 - the area of the top of September and October 2020. 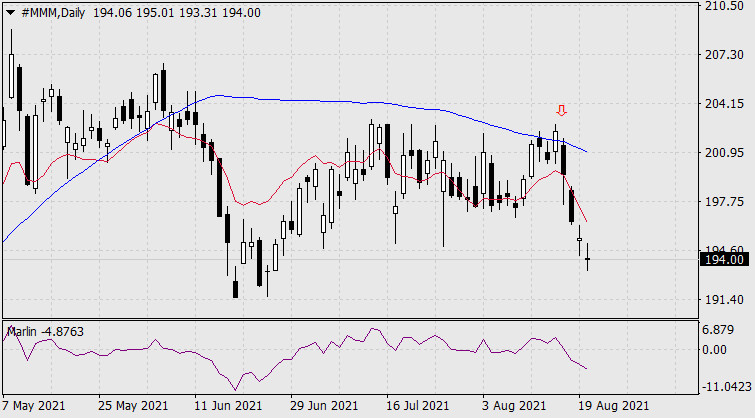 On the daily chart, the price rapidly declines below the balance and MACD indicator lines after a false exit above the MACD line (arrow) preceding this throw down. The Marlin Oscillator is also actively declining, it is already in the negative zone. We look forward to further price reductions.

Interesting? Write a comment below.
 Buying and selling in the stock market on August 23
Forward 
Backward 