Dollar remained under pressure, but the situation may turn over US data on Treasury bonds

Dollar continued to be under bearish pressure, but today the situation may change because of the upcoming report on US Treasury bonds. Many expect demand for 10-year bonds to be very high because back on August 11, foreign funds and central banks bought $ 15.4 billion of Treasuries out of the $ 41 billion offered. That is the largest amount in more than a decade. Similarly, 2-year bonds are expected to be offered with a yield of about 0.25%, which is the highest in more than a year. Yields for 10-year bonds, however, will be at the lowest since February as the bonds were placed at just 1.34%. 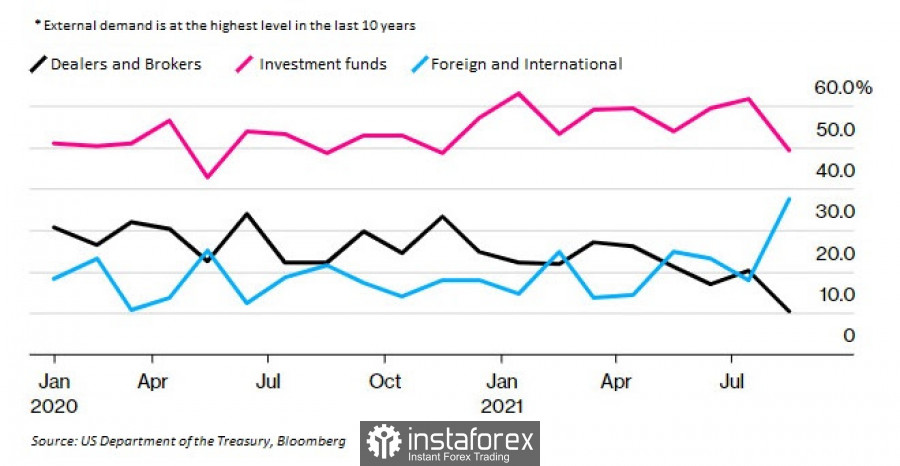 There are two theories as to why this happened and what pushed demand up. First, as noted above, is the massive purchases of foreign central banks when they sought to reallocate their foreign exchange reserves due to the declining availability of Treasury bills. The second reason is increased demand in China after its currency reserves reached their highest in July. Recent changes to the Federal Reserve's REPO system have also been identified as a possible driver of strong demand.

Meanwhile in Europe, Germany released its GDP data yesterday, which indicated better economic growth, thanks to domestic demand. The economy is said to have risen 1.6% in the second quarter, slightly higher than the expected 1.5%. But if compared with the same period last year, GDP is down approximately 10%. It is also 3.3% lower than the Q4 GDP in 2019.

In any case, demand continues to recover as restrictions related to COVID-19 were eased. Private consumption, for instance, was up 3.2% from the first quarter, while government spending increased 1.8%. Investments also rose 0.3% and exports increased 0.5%. Imports were also up by 2.1%.

But even though the figures show growth, the recovery is weaker than in many other EU countries as the manufacturing sector suffered from supply chain problems. A lot continues to depend on the situation with COVID-19, which unfortunately continues to escalate due to the highly contagious delta strain. But if the number of cases decrease and no restrictive measures are taken, indicators may show impressive recovery by the end of the year. It may even return to pre-crisis rates.

Pound halted its rally on Tuesday after failing to surpass 1.3745. This occurred despite strong data on UK retail sales, which reportedly rose from 23 points to 60 points. The Confederation of British Industry (CBI) added that sales will remain strong in the coming months as there will be a more decisive shift in household spending at the end of the year. Sadly, it will be peppered with problems related to the ongoing labor shortage.

Interesting? Write a comment below.
 but the situation may turn over US data on Treasury bonds, Dollar remained under pressure
Forward 
Backward 