Dollar to bounce back amid US inflation data. Senate passes $ 550 billion infrastructure bill

The US Senate passed the $ 550 billion infrastructure bill that was proposed as part of President Joe Biden's economic program. The vote was split 69 to 30, which is a breakthrough that has eluded the Congress for years. However, this bipartisan spirit may end very quickly as Senate Majority Leader Chuck Schumer, during the consideration of the budget resolution, decided to raise the topic of a new social spending and tax package worth $ 3.5 trillion. 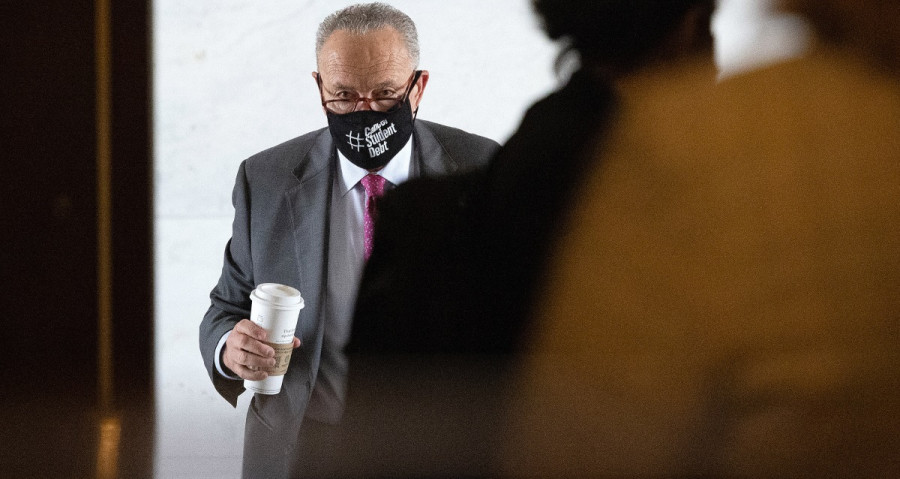 The approval of the bill came after months of negotiations and sluggish debate in the Senate, in which opposing Republicans forced Democrats to run out of time to consider procedural motions. "It was a long and winding road," said Schumer. "But we persisted and got where we were going. The new spending plan will strengthen all infrastructure areas of our country. "

Now, Schumer plans to immediately begin considering Biden's new $ 3.5 trillion economic package, which will lead to a revision of policies on climate, taxes, health care, immigration and several other areas. But Republicans will most likely try to delay this as they do not welcome such huge expenses.

On a different note, a report on consumer prices will be published today, and it is expected to show a slowdown in growth amid a new outbreak of the Delta strain. Analysts said the index will most likely increase by just 0.5%. As for headline inflation, it should remain at 5.3%.

As such, the main headache for the Federal Reserve is still the question of how long inflation will continue to grow against the backdrop of a fairly active recovery of the US economy. The issue seriously affects the timetable of the central bank on monetary policy, but it will most likely take several months before a clearer picture will emerge.

In any case, it is evident that US businesses enjoy a lot of price power. Firms that have to pay more for their resources have been passing the costs onto their clients, who are not really affected, thanks to government incentives. And as noted many times, most categories with clear price increases are directly related to supply chain problems.

The rise in commodity prices has also made quite an impressive contribution to pricing. In the United States, the ability of households to cover higher company costs is not an issue, that is why there is a surge in the consumer basket. And even though price premiums are much higher than in other countries, it is not a problem because US stimulus is much larger, not to mention the economy has opened much faster than the others. 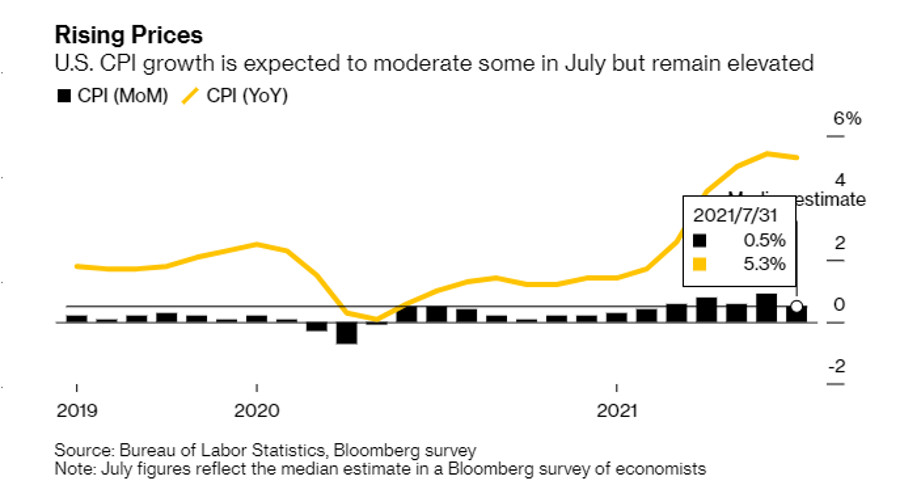 In fact, in the latest income statements, several CEOs of large corporations indicated their ability to raise prices without damaging demand from US consumers. The emergency funds are keeping demand afloat for the time being, but spending may decline in the long run.

With regards to labor productivity, a report from the US Department of Labor said there was a 2.3% jump in the second quarter, which is lower than the expected 3.5%. The slowdown is partly due to the recent COVID-19 outbreak and on cyclical and structural factors. Labor costs also rose 1.0%, while hourly wages increased 3.3%. But real hourly wages adjusted for changes in consumer prices fell 4.8% in the second quarter.

In Europe, ZEW reported that economic sentiment in Germany fell to 40.4 points this August, from 63.3 points in July. Meanwhile, the present situation index rose by 7.4 points to 29.3 points, which is slightly below the forecast of 30.0 points. The decrease and slowdown in both indicators were due to the recent outbreak of COVID-19 caused by the Delta strain. Confidence in the EU business environment also weakened, falling to 42.7 points this month.

All this pushed EUR/USD down on Monday, but today a lot depends on the upcoming US inflation report as such will determine the next direction of the market. If the data exceed expectations, the pair will continue moving downwards to 1.1680 and 1.1640. If not, then euro could climb to 1.1740, and then to 1.1770 and the base of the 18th figure.

Bullish traders are trying to push pound up, however, bearish traders are currently much stronger in the market, so GBP/USD remains in the downtrend that began at the beginning of this month. In part, the reason could be the slowing growth in UK retail sales, which, according to reports, only rose 6.4% year-on-year in July.