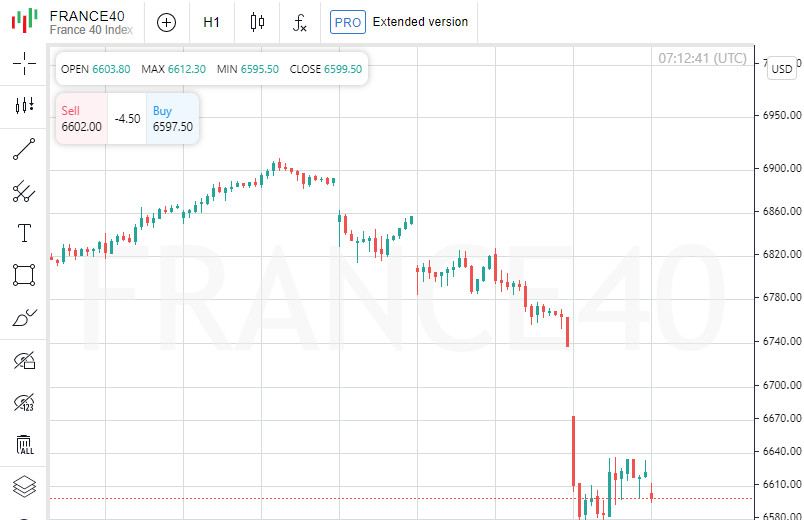 The composite index of the largest enterprises in the region Stoxx Europe 600 at the end of trading decreased by 1.5% and amounted to 467.24 points.

At a meeting on financial and economic issues, Chinese President Xi Jinping said about the need to fight "excess revenues." He called on citizens and high-income companies to "give more to society", describing the goal of "shared prosperity" as "the most important requirement of socialism."

The Stoxx 600 sub-index, which includes mining companies, plunged 4.2% on the back of lower prices for iron ore and key metals. Including securities of non-ferrous metals producers Anglo American and Antofagasta fell by 4.6% and 4.5%, respectively, commodity trader Glencore - by 3.5%, steelmaker ArcelorMittal - by 6.5%.

Oil prices continue to decline, which causes a drop in stock prices for representatives of this industry. In particular, the cost of BP Plc fell by 4.9%, Royal Dutch Shell - by 3.9%.

The price of International Personal Finance securities decreased by 1.2%. The British credit institution announced its intention to withdraw from the secondary listing on the Warsaw Stock Exchange. The company's shares will continue to be listed on the London Stock Exchange.

The largest gainer among the Stoxx 600 components was the shares of the Swedish air conditioning manufacturer Nibe Industrier, which jumped more than 10%.