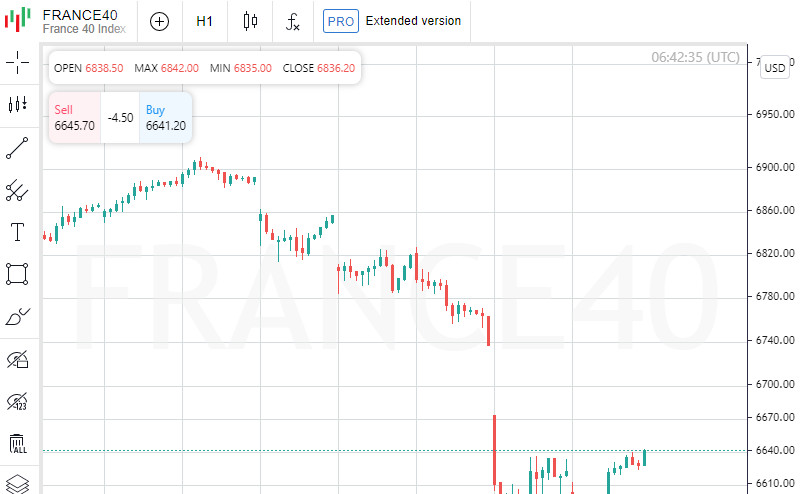 The cost of another British supermarket chain Wm. Morrison Supermarkets Plc added 4.2%. She accepted the offer of the American investment company Clayton Dubilier & Rice LLC to purchase for 7 billion pounds ($ 9.55 billion). Morrisons' board of directors has withdrawn its previous recommendation to shareholders to accept an offer from a consortium of investors led by Fortress Investment Group LLC, owned by SoftBank Group Corp.

M&S and Morrison were the top gainers among the Stoxx 600 components.

Meanwhile, Italy's FTSE MIB shed 0.04% on Friday. Among them, the shares of the luxury goods manufacturer Moncler (-1.8%), the automotive Stellantis (-1.15%) and the tire manufacturer Pirelli (-1%) fell significantly.

Shares in European automakers fell after Volkswagen announced that it would cut production at its Wolfsburg main plant due to a chip shortage, MarketWatch reported. VW shares fell 1%, BMW - 0.6%, Renault - 1.1%.

The global semiconductor shortage, IHS Markit estimates, will result in a 6.3-7.1 million cut in vehicle output this year, and supply chain disruptions caused by the COVID-19 pandemic will affect the industry next year. In the current quarter alone, analysts predict a decline in production by 2.1 million cars.

UK retail sales unexpectedly dropped 2.5% in July from the previous month, according to data from the country's National Statistical Office (ONS). This came as a surprise to experts, who predicted an average growth of 0.2%.

The consumer confidence index in the UK in August dropped by one point compared to the previous month and amounted to minus 8 points, GfK NOP Ltd. reported. However, it still significantly exceeds the pre-pandemic level.

Producer prices in Germany in July rose by 10.4% compared to the same month last year, according to the statistics department. The jump in prices has been the highest since January 1975.

According to Thomas Wrynn, who is responsible for the global industrial sector at consultancy Accenture, the data released on Friday shows that the real obstacle to the recovery of the German industrial sector is no longer a pandemic, but problems in supply chains.