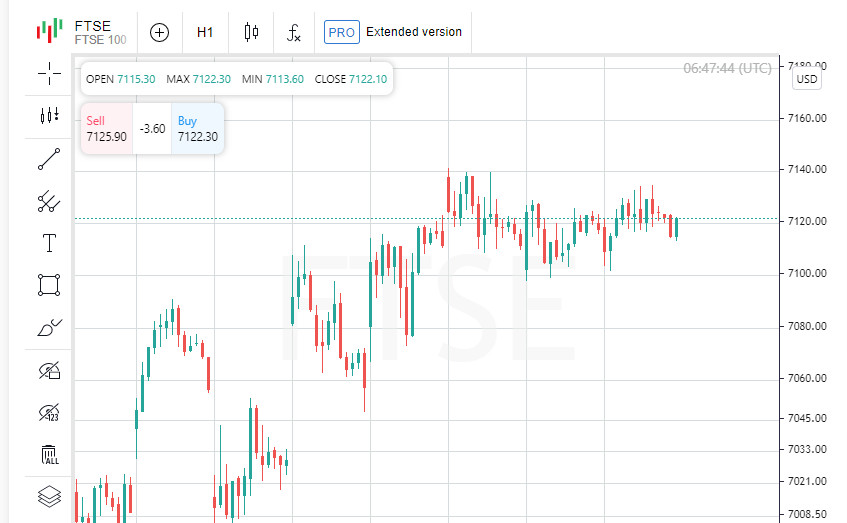 The shares of the German insurance company Allianz SE rose in price by 2.5%. Allianz increased its net profit in the 2nd quarter of 2021 by 46%, revenue by 11%. Strong quarterly performance has allowed the company to improve its forecast for operating profit for 2021: it now expects the indicator to be in the upper half of the previously announced forecast range of 11-13 billion euros.

Allianz said last weekend that it could incur major costs as a result of an investigation by the US Department of Justice into the actions of its two hedge funds in the early days of the coronavirus pandemic. Allianz CEO Oliver Bethe said Friday that the hedge fund situation has nothing to do with the company's ability to perform well, or with corporate culture and ethics.

Thyssenkrupp AG shares gained 1.8%. The German industrial group announced the sale of its infrastructure division to the German investment company FMC Beteiligungs KG. The companies did not disclose the financial terms of the deal, which is scheduled to close in the second half of the year.

The price of shares of the British supermarket chain Wm Morrison Supermarkets increased by 2.5% on the information that the consortium of investors Fortress Investment Group raised the offer to buy the company to 6.7 billion pounds sterling ($ 9.3 billion) from 6.3 billion pounds.

A.P. Moeller-Maersk A / S rose 0.3% on Friday. The Danish transport and logistics company said it expects good performance in the 3rd quarter as well as the last 3 months of the year, confirming preliminary results for the 2nd quarter and annual forecasts. Earlier this week, Maersk improved its forecasts for 2021 thanks to strong second-quarter results.

The composite index of the largest enterprises in the region Stoxx Europe 600 at the close of the market on Friday amounted to 469.97 points, practically unchanged compared to the final value of the previous session. However, over the past week, the indicator rose by 1.8%, and the rise was noted for the third week in a row.

Strong stats on the US labor market, released on Friday, supported stock markets, somewhat easing investor fears that the spread of the new strain of COVID-19 delta will restrain the recovery of the US economy.

The number of jobs in the US economy in July increased by 943 thousand, at the highest rate in 11 months, the Department of Labor said. According to the revised data, in June the figure rose by 938 thousand, and not by 850 thousand, as previously reported. Unemployment in the country fell to 5.4% last month, the lowest level since March 2020, down from 5.9% in June.

Meanwhile, statistics from Germany showed an unexpected drop in industrial production in the country in June. The volume of industrial production in Germany in the month before last fell by 1.3% compared with the previous month. Analysts polled by Trading Economics expected 0.5% growth on average. The decrease was recorded for the third month in a row.