EUR/USD: the euro is trying to get away from the pursuit, but the dollar does not intend to give up without a fight 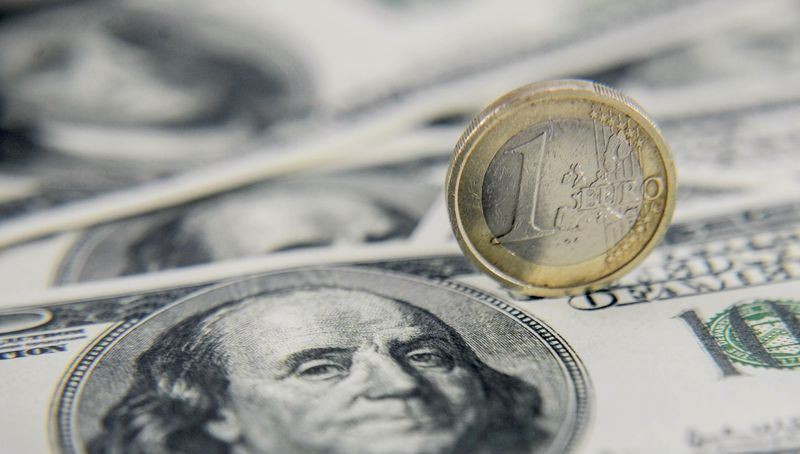 Last Friday, the US currency rose moderately against its main competitors.

The US report that was published last Friday helped the greenback to reverse some of the losses it had suffered earlier.

Thus, the income of Americans increased by 0.1% in June compared to the previous month, while analysts expected a decrease in the indicator by 0.3%. At the same time, consumer spending increased by 1%, with a growth forecast of 0.7%.

Nevertheless, at the end of last week, the USD index fell by almost 0.9%, showing the worst weekly result since May. This was largely due to the fact that the Federal Reserve disappointed the markets by demonstrating an insufficiently hawkish attitude towards the beginning of the curtailment of the QE program.

At a press conference after the July FOMC meeting, Fed Chairman Jerome Powell said that there is still a long way to go before raising interest rates, and the labor market still has some way to go before it is time to reduce monetary stimulus.

"As a direct reaction to the release of the final FOMC statement, the market tried to arrange a rise in yields and the US dollar, but soon after the press conference, J. According to Powell, this attempt came to naught and was even replaced by a decline. Apparently, the market received somewhat less from the Federal Reserve than it expected in the sense of approaching a reduction in QE," noted the strategists of Saxo Bank.

"The head of the Federal Reserve stressed that significant progress towards employment targets has not yet been achieved. At the same time, he evaded answering questions about inflation, referring to the Committee, which may indicate a sharp divergence of opinions among FOMC members," they added.

On Friday, a member of the Fed's Board of Governors, Lael Brainard, practically repeated the comments made earlier by Powell, stating that full employment is still far away.

Meanwhile, the president of the Federal Reserve Bank of St. Louis, James Bullard, announced his desire to start curtailing bond repurchases this fall and complete the reduction process by March.

"We have leaned too much towards a dovish policy, " he said, warning that the Fed may not be able to respond in a timely manner to persistently high inflation. 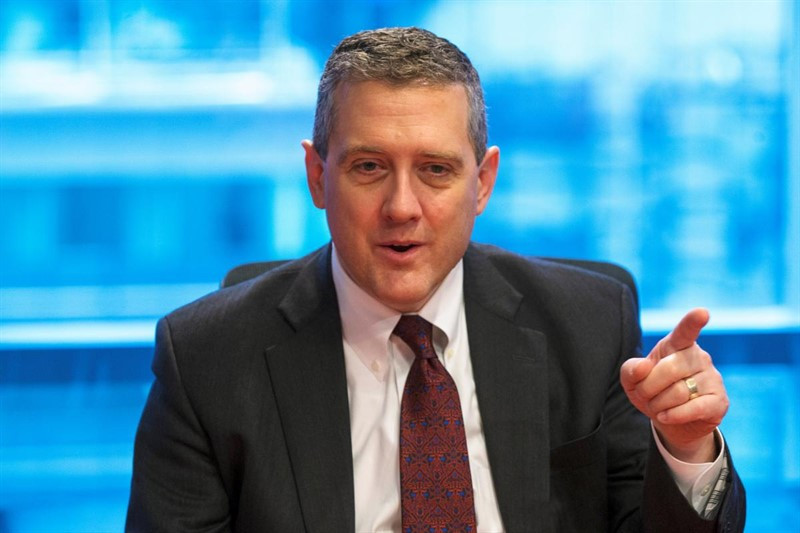 Bullard believes that even in the event of an expected slowdown in inflation, it will not return to normal in 2022 and will range from 2.5% to 3%.

"If inflation decreases by itself, we have an excellent answer – just stick to the policy of near-zero rates," he said.

According to Powell, any changes in the pace of asset repurchase will depend on the incoming data.

"During his press conference, the head of the Federal Reserve tried very hard to express confidence that the US labor market will soon show rapid growth due to high demand for labor and the likely removal of coronavirus problems in the coming months. Let's see the prediction of Powell's report on a strong recovery in the growth rate of the number of employed. If the extension of payments to the population constrains the supply in the labor market with huge demand, then these rates may not rise significantly until September or even October. At the same time, huge figures will be required in the data on employment growth for July and August, so that at the September FOMC meeting it would be possible to wait for an announcement about the beginning of a reduction in asset purchases, say, from October," Saxo Bank analysts said.

In any case, it will be interesting to see how much the Fed has the patience to continue saying that inflation is an exclusively temporary phenomenon.

The Fed's management believes that the increased price pressure in the US is not structural in nature, but is caused by temporary disruptions of supply chains.

In June, the price index of personal consumption expenditures in the country – the Fed's favorite indicator for tracking inflation - rose by 3.5% in annual terms. The value of the indicator was the highest since 1991.

According to a number of experts, the rising inflation in the United States, which demonstrates the highest growth rates in the last almost 30 years, will sooner or later force the Fed's leaders to pay attention to this and still start curtailing the stimulus policy.

Most economists believe that the Fed will launch this process earlier than the ECB. And this is one of the arguments in favor of giving preference to short positions on the EUR/USD pair, especially during periods of its corrective growth.

On the last trading day of July, the main currency pair updated its monthly high in the area of 1.1905, after which it rolled back and ended the last five days near 1.1865.

The single currency ended Friday's trading in the red against the US dollar, even though data released on that day showed that the eurozone economy grew stronger than expected in the second quarter, while inflation in the region in July exceeded the European Central Bank's target of 2%. 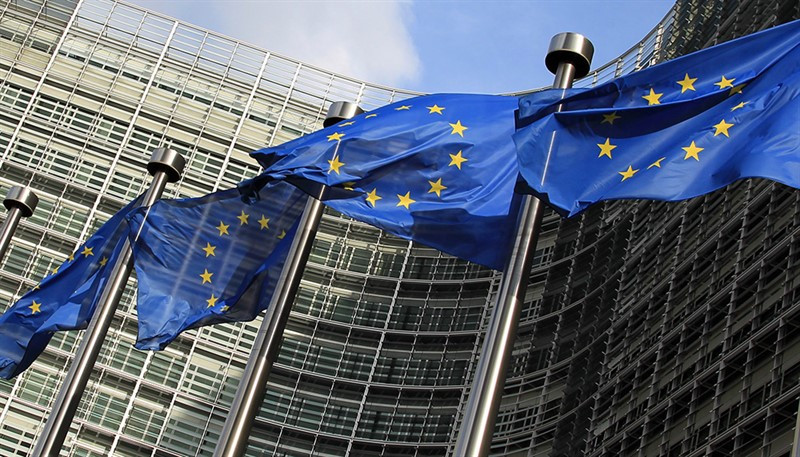 "The GDP of the eurozone in April–June grew by 2.0% in quarterly terms - more than expected. At the same time, inflation in July in the currency bloc as a whole remained restrained, as the overall consumer price index accelerated only slightly – to 2.2% year – on-year," Wells Fargo analysts noted.

"The ECB will certainly welcome an improvement in economic growth, while moderate inflationary trends mean that the central bank does not need to switch to a less flexible monetary policy in the near future. We expect the ECB to refrain from reducing bond purchases in September and instead signal that purchases in the fourth quarter under PEPP will continue to be carried out at a significantly higher pace than in the first months of this year," they added.

"If the recent events related to COVID-19 ultimately have some impact on consumer confidence and business activity in the region, and, more importantly, if the underlying inflation trends fail to significantly increase, the ECB will announce a further increase in bond purchases," Wells Fargo said.

The bank's base scenario for the ECB's December statement on monetary policy is that the central bank will announce a further increase in PEPP purchases by €500 billion, bringing the volume of this program to €2.350 trillion, while asset purchases will continue until at least September 2022.

The dollar starts a new week not far from the monthly lows marked on Friday in the area of 91.78 points.

On Monday, the EURUSD pair is trying to return to growth, as the greenback is forced to keep on the defensive amid an improvement in risk sentiment.

There is still quite a lot of room for consolidation in the EUR/USD pair without a bullish reversal, at least up to 1.2000, according to Saxo Bank strategists.

ING analysts, in turn, believe that the dollar is unlikely to continue to decline against the euro in the coming days due to the expected strong economic data on the United States and continuing concerns about the global economic recovery, which support the demand for reliable assets.

In addition, the Fed last week indicated that the curtailment of quantitative easing is approaching, while the ECB previously maintained a dovish mood.

Although last Wednesday there was no official statement from the leadership of the Fed about its readiness to discuss the curtailment of the asset repurchase program, discussions on this issue will continue in the coming weeks.

In any case, investors are wary of playing against the dollar ahead of a potential smooth winding down of the QE program by the Fed.

Strong resistance in the EUR/USD pair is located at 1.1910, a breakdown of which will clear the way for the bulls to 1.1975. A rise above this level will ease bearish pressure. It is also reinforced by the 50- and 100-day moving average. Further up lies the psychologically important 1.2000 mark, near which the 200-day moving average passes.

Interesting? Write a comment below.
 but the dollar does not intend to give up without a fight, EUR/USD: the euro is trying to get away from the pursuit
Forward 
Backward 