Today, a large-scale economic symposium will start in the small American town of Jackson Hole, wherein representatives of Central Banks of leading countries of the world, finance ministers, heads of banking conglomerates, and well-known economists will voice their positions. The symposium is nominally based in Jackson Hole, but due to the coronavirus pandemic, it will be held in a virtual mode, as it was last year. However, this circumstance does not reduce the significance of this event. The events in the incoming days will provoke increased volatility in the currency market, and especially among dollar pairs. The US currency will react most sensitively to the rhetoric of the Fed Chairman, Jerome Powell, who will make a speech on Friday at 14:00 Universal time. 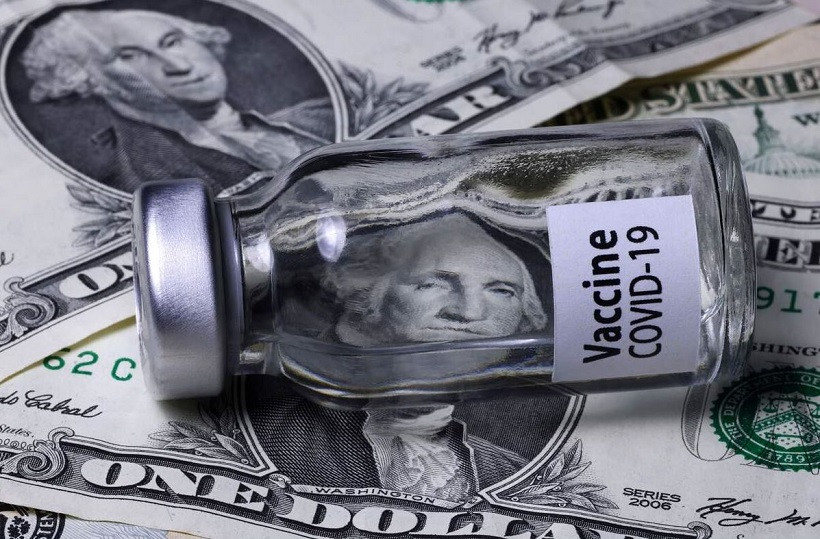 The US dollar tried to strengthen its positions and partially regained the lost points for almost the entire day yesterday. In particular, the EUR/USD pair declined to the level of 1.1725, but then reversed quite sharply and updated the daily high, trying to break through the resistance level of 1.1770 (the middle line of the Bollinger Bands indicator coinciding with the Kijun-sen line on the D1 timeframe). It should be noted that the decline in prices during the European trading session on Wednesday was due not only to the strengthening of the dollar but also to the weakening of the euro. The Euro currency reacted to a disappointing report from the IFO agency.

The German business environment conditions from the IFO retreated from historical highs and returned to the hundredth mark, reaching 99.4 points. Experts predicted the growth of this index to the level of 100.2 points. And although the decline in the indicator is minimal, the release came out first in the "red zone", and secondly, it broke through a psychologically important level. The German indicator of economic expectations was also disappointing – it slowed down to the level of 97.5 in August, while analysts expected it to be at the level of 100.5.

The US dollar, in turn, received slight support from the macroeconomic report on the volume of orders for long-term goods on Wednesday afternoon. The release was better than expected, not meeting the pessimistic forecasts of most experts. Excluding transport, the indicator rose to 0.7%, with a forecast of growth to 0.6%. The indicator has been consistently growing for the third month in a row. Taking into account transport, the volume of orders decreased as expected, but not as much as experts expected (-0.1% instead of a decline to -0.3%). It should be recalled here that the recently published retail sales data disappointed investors. The main components came out in the "red zone", increasing the pressure on the US dollar. But the structure of this release suggests that retail sales declined last month mainly due to a shortage of new cars (the global problem with the supply of semiconductors affects). At that time, many analysts said that spending on services can keep the US economy on the path of "strong growth". The lion's share of consumer spending falls on services such as education, healthcare, and travel, while the only category of services in the retail sales report concerns the restaurant sector. Yesterday's release indicates that investments in equipment can compensate for the slowdown in consumer spending, keeping the US economy on a growth trajectory in the current quarter.

The above-mentioned releases put pressure on the EUR/USD pair due to the weakening of the euro and the simultaneous strengthening of the dollar. Nevertheless, the macroeconomic reports are now of secondary importance, which means their impact is very limited. Therefore, the US dollar began to lose its positions again yesterday afternoon, amid rumors that Jerome Powell will take a wait-and-see position on Friday.

The news that the effectiveness of RNA vaccines (Pfizer and Moderna) fell from 91% to 66% also worsened the situation. The results of the corresponding study were published by the US Center for Disease Control and Prevention. The ministry clarified that this happened after the spread of the "delta strain" of the coronavirus, which is more contagious and more agile in the context of overcoming immune protection. At the same time, the researchers note that the effectiveness of the vaccine may also decrease due to the time that has passed since the vaccination. It also became known that cases of coronavirus infection among fully vaccinated people have increased in the United States, although vaccines still protect people from more severe cases of the disease and death.

This is bad news for the US currency. Just last Friday, Fed representative Robert Kaplan, who previously held a "hawkish" position, said that he could adjust his opinion regarding the early curtailment of QE. He was concerned about the spread of the coronavirus, in light of the dominance of the "delta strain". And as if to confirm his words, The Wall Street Journal reported today that the number of hospitalizations due to COVID-19 in the United States for the first time since January exceeded 100 thousand, almost doubling since the beginning of August. Hospitals in some parts of the US are overwhelmed. Officials in some states, particularly Georgia, Kentucky, Tennessee, and Idaho, have requested additional personnel and resources. In general, the United States is now the world's leader in the daily spread of COVID-19. 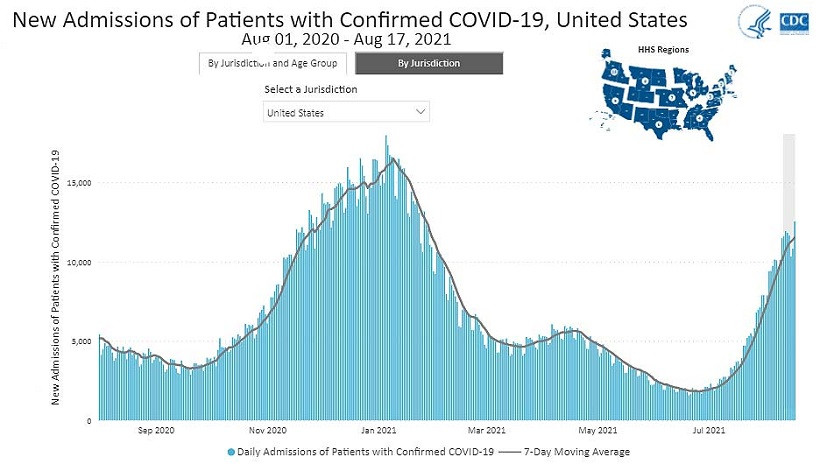 Such a news flow before Jerome Powell's speech increases the likelihood that he will take a wait-and-see position and will not announce the curtailment of QE this year. And although a certain intrigue remains in this case, the market is already playing back the negative result, gradually getting rid of the US dollar.

All this suggests that an upward correction may continue. The strongest resistance levels are located at 1.1800 (Tenkan-sen line at W1) and 1.1840 (lower border of the Kumo cloud at D1).