EUR/USD. This week's preview: Inflation is everything

The EUR/USD pair tried to break through again the support level of 1.1740 (lower line of the Bollinger Bands indicator on the D1 time frame) during the Asian session on Monday, but retreated again, reflecting traders' indecision. The downward impulse, which was triggered by the strong Nonfarm data last Friday, did not resume. On the one hand, the EUR/USD bears managed to change the price range, falling to the area of 1.17, while they were trading in the 1.1830-1.1900 range during the previous week. On the other hand, the pair's sellers could well have entered the area of 1.16, thus marking new price ranges. However, they failed: traders were satisfied with a 100-point decline and recorded a profit, waiting for the next information drivers. 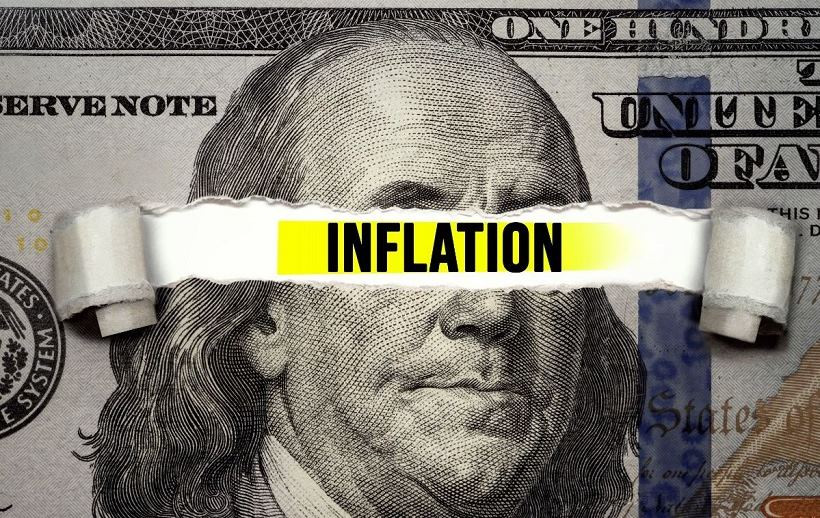 It can be recalled that the main data on the US labor market was published last week. This is one of many releases that define the mood of the Fed members, experts, market participants. The US dollar passed the "test": all components of the Nonfarm data went into the "green zone", confirming the strength of the US labor market once again, which is recovering at a faster pace. America's unemployment rate declined to 5.4% (that is, to pre-crisis values), and the growth rate in the number of employed surged to almost a million (943 thousand). At the same time, last month's value was revised upward (938 thousand instead of 850). Salaries also showed a positive trend – 0.4% on a monthly basis and 4.0% on an annual basis. There were also indicators of an increase in the number of people employed in the private sector and in the manufacturing sector in the "green zone".

In other words, Friday's data heightened the probability of a "hawkish scenario". According to which the Fed will start rolling back QE by the end of this year, and will raise the interest rate at the end of next year and then followed by another increase in 2023.

On August 28, a large-scale economic symposium will be held in the small American town of Jackson Hole. As part of this event, Fed Chairman Jerome Powell will also speak, who is expected to voice the first hints regarding the curtailment of the stimulus program. After the release of Nonfarm, hawkish expectations only intensified, given the previous rhetoric of both Powell and a number of his colleagues. For example, Fed Vice President Richard Clarida recently said that the regulator will assess at the next meetings the progress in moving towards the target levels (primarily in the labor market and inflation), after which it can notify the markets about the upcoming start of winding down the stimulus program. In this context, it can be noted that the US economy has passed the first test – the US labor market continues to recover at a faster pace. So now, it's up to inflation.

In such a case, this week's most important release will be the data on the growth of US inflation (Wednesday, August 11, 12:30 Universal time). Recall that the June CPI rose to 5.4% in annual terms. The last time the indicator was at such peaks was in the summer of 2008 (5.6%), and back in 1991. The core inflation showed similar dynamics.

According to preliminary forecasts, the inflation rate will slightly slow down in July. The general index should reach 0.5% m/m, 5.3% y/y (previous values 0.9% m/m 5.4% y/y), and the core index at the levels of 0.4% m/m, 4.3% y/y (prev. 0.9%, 4.5%). It should be noted here that the US dollar is currently in a kind of trap. Given the" hawkish "expectations of investors, the US economy should "keep the bar high", meeting the inflated expectations of dollar bulls, experts, and Fed members. Any deviation from the set pace will be interpreted against inflation. Therefore, the July inflation release should be released at least at the forecast level in order to prevent a weakening of the US dollar. In general, the reaction of dollar bulls will depend on the "unambiguity" of the publication. If all the components do not meet the forecast levels, the US currency will be under the strongest pressure and vice versa – a positive publication will support the USD bulls again.

There is no doubt that this week's economic calendar is full of other fundamental events as well. For example, two FRS representatives are expected to speak today – Thomas Barkin and Rafael Bostic. On Tuesday, the EUR/USD pair will react to the ZEW indices. The German business sentiment index is likely to show negative dynamics, slowing down to 54 points in August (the indicator was at 63 points in July). A more significant slowdown will put pressure on the European currency.

In addition to the US inflationary release, data on the growth of German inflation will be published on Wednesday. A slight slowdown in CPI growth is also expected here. If the US data exceeds the experts' expectations, the disappointing German release may increase the pressure on the EUR/USD pair.

On Thursday, we will find out the number of initial applications for unemployment benefits. This indicator has been declining for the third week in a row, and in the light of the latest Nonfarm, it is very important that the indicator also comes out below 385 thousand, namely to 375 thousand. Also on Thursday, the US producer price index will be published, which is an early signal of a change in inflationary trends.

At the end of the trading week, secondary macroeconomic reports will be published, which are unlikely to provoke increased volatility. These are inflation data in Italy and Spain, as well as the index of American consumer sentiment from the University of Michigan.

Despite several economic reports during the week, the main intrigue in the context of the future prospects of the EUR/USD pair will revolve around the US inflationary release. If the CPI again exceeds forecasts, the Fed will be forced to react accordingly. After all, Jerome Powell expects inflation to gradually fade in the second half of the year. If the July CPI proves the opposite, the probability of the "hawkish scenario" will rise again, supporting the dollar across the entire market, including against the euro. 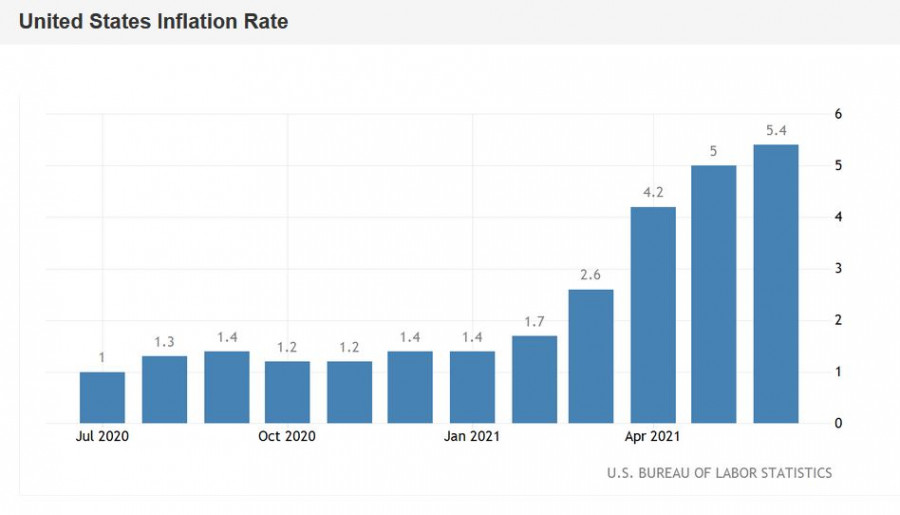 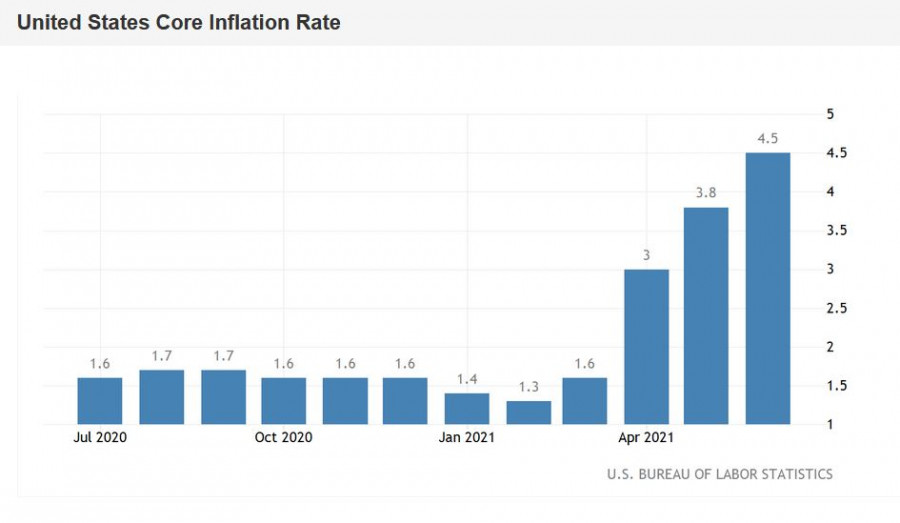