The EUR/USD bears approached the support level of 1.1650 (lower line of the Bollinger Bands indicator on the daily chart) last week but failed to break through it. As soon as the downward impulse began to fade, traders began to take profits, allowing buyers to go for a correction. The pair returned to the area of the level of 1.17, reflecting the indecision of sellers. However, this indecision is quite justified, given the upcoming volatility.

This week, the focus will be on the US dollar again, which will focus on the key event of the month. We are talking about an economic symposium that takes place annually in the small American town of Jackson Hole, in Wyoming. 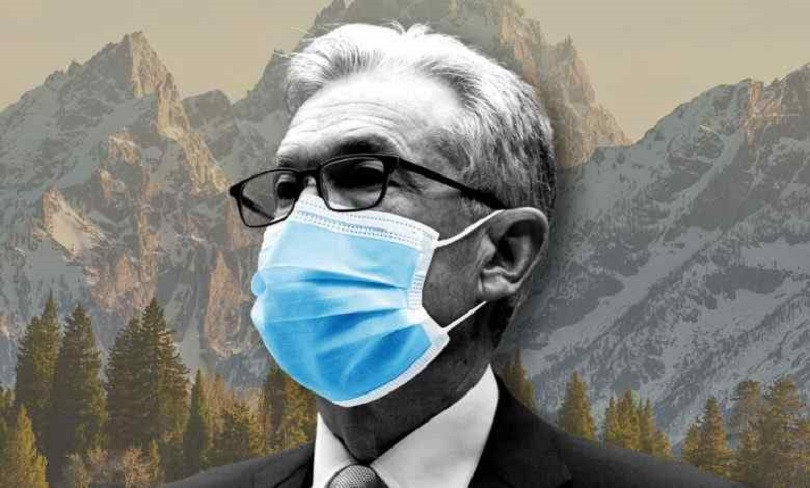 It is already known that this symposium is called a "barometer" of the moods of Central Banks of the leading countries of the world. The forum is attended by the heads of the Central Bank (usually at the level of chairmen or their deputies) of the leading countries of the world, finance ministers, leading economists and analysts, heads of the world's largest conglomerates and banking giants. They discuss pressing problems for three days, crystallize certain signals and determine the main points of the next steps. As a rule, the elite of the financial world discusses the most pressing problems that are currently relevant. For example, the main topic in 2015 was the collapse of the Shanghai Stock Exchange, then in 2016, they talked about the consequences of Brexit, and in 2017, the expansion of bond spreads and the next steps of the Fed and the ECB. In 2018, the central topic of the meeting was the trade war between the United States and China (or rather, its consequences), in 2019, they discussed the global trade conflict again, as well as the impending Brexit. Naturally, the only topic last year was the coronavirus and its consequences. And this week, it is quite obvious that the participants of the meeting will also focus on this, only already taking into account the global vaccination campaign.

The heads and representatives of many central banks will speak during the three-day symposium, which will start on August 26, who can tell about their further actions in the context of the prospects for monetary policy. In particular, Fed Chairman Jerome Powell is expected to speak on Friday – if he takes a "hawkish" position, the US currency will receive another growth impulse all over the market, including in a pair with the euro. However, the latest releases of the US statistics retain the intrigue regarding the tone of the rhetoric of the Fed head.

For example, the last Nonfarm data did not disappoint traders; instead, all components came out in the "green zone", exceeding the expectations of experts. In addition, the US inflation in July showed the first signs of slowing down. The consumer sentiment index from the University of Michigan, which is a leading indicator of future spending, was unpleasantly surprising: it sharply fell this month, ending up at 70.2 points. This is the weakest result in the last 10 years. The picture was also supplemented by retail sales, which came out in the "red zone". Although the latest release cannot be viewed exclusively in a negative context – the decline in indicators was mainly due to a shortage of cars (production of cars slowed down due to a global shortage of semiconductors) and other goods. At the same time, experts note that spending on services can keep the US economy on the path of "strong growth" in the current quarter. The lion's share of consumer spending falls on services such as education, healthcare, and travel. Meanwhile, the only category of services in the retail sales report concerns the restaurant sector, which is expected to have collapsed in the United States due to the spread of the delta strain.

If Powell focuses on negative factors and the risks of the spread of a new strain of coronavirus, the US dollar may be under significant pressure, and buyers of EUR/USD will return the pair to the range of 1.1800-1.1900. Otherwise, the main currency pair will further decline, where the target will be the 1.1550 level – this is the upper limit of the Kumo cloud on the minute timeframe.

The main intrigue lies in the answer to a single question: Will the Federal Reserve decide to curtail QE this year or will it take a wait-and-see position in the light of the latest COVID-19 news? Many representatives of the Fed have been lobbying for the idea of early curtailment of incentives for the previous few weeks. However, Jerome Powell is known to be dovish, so the intrigue regarding his position remains.

In addition to the economic symposium, traders of EUR/USD will react "in the background" to other fundamental factors (PMI indices, IFO, the minutes of the last ECB meeting, the US index of personal consumption expenditures), but the speech of the head of the American regulator is the main event not only this week but, perhaps, August as a whole.