Forecast and trading signals for EUR/USD for September 1. Detailed analysis of the pair's movement and trade deals. Unexpected 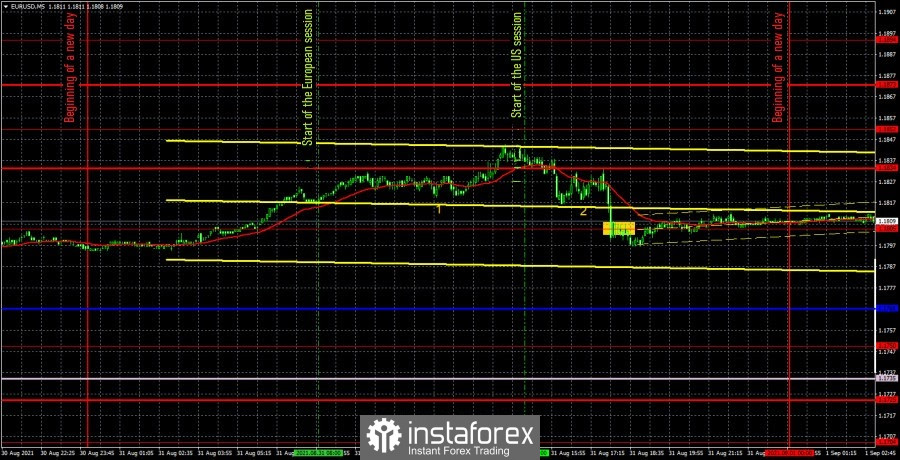 Yesterday, the EUR/USD pair traded more actively than it did on Monday. However, this is exactly what we have already said more than once. The pair is actively trading for about two out of every five trading days. Consequently, after an empty Monday, an active Tuesday came. Moreover, that day there were, albeit a few, macroeconomic reports. The most important report of the day - the consumer price index in the eurozone - very much surprised the markets, as it grew to 3.0% y/y in August, although forecasts predicted an increase to 2.7%, and the last few months inflation was 2.0-2.2%. However, in any case, the European currency's appreciation was short-lived on Tuesday and not strong. After the report was published (figure "1" in the chart), the pair went up "as much" as 25 points. The second more or less significant report of the day - the consumer confidence index in the United States - collapsed, as before the Michigan index. However, about an hour after it was released, the US dollar began to grow, although it would be much more logical to see it fall. In general, the markets more or less reacted to the first report and ignored the second. And what is the reason for the fall of the pair in the middle of the US session is generally very difficult to imagine. Unfortunately, only one trading signal for the EUR/USD pair was generated during the day. And even then, when the whole movement has almost ended. The price reached the extremum level of 1.1805 and overcame it only in the middle of the US session. Formally, this sell signal could be worked out, but after an hour or two it had to be manually closed. It should also be noted that despite the appearance of active trading on Tuesday, in fact, the volatility was about 50 points.

Overview of the EUR/USD pair. September 1. Has the announcement of the start of curtailing the QE program actually been worked out by traders?

Overview of the GBP/USD pair. September 1. Great Britain has completed the evacuation of the military from Afghanistan and is threatening the new authorities with sanctions 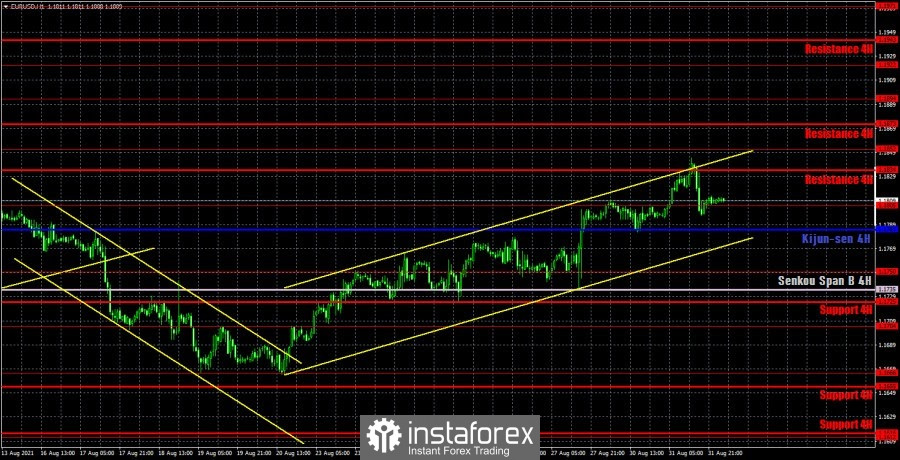 You can clearly see that the price continues to be located within the rising channel on the hourly timeframe, so the upward trend remains relevant. Yesterday the quotes of the pair unexpectedly fell, but from a technical point of view, everything is logical, as the price bounced off the upper border of the channel. In any case, until the quotes settle below the channel, we believe that the upward trend remains and we recommend trading bullish. A price rebound from the lower border of the channel or from the Kijun-sen line may provoke a renewed movement to the upside. On Tuesday, we continue to recommend considering trading from important levels and lines. The nearest important levels at this time are 1.1704, 1.1750, 1.1805, 1.1852, as well as the Senkou Span B (1.1735) and Kijun-sen (1.1785) lines. The Ichimoku indicator lines can change their position during the day, which should be taken into account when looking for trading signals. Signals can be rebounds or breakthroughs of these levels and lines. Do not forget about placing a Stop Loss order at breakeven if the price moves 15 points in the right direction. This will protect you against possible losses if the signal turns out to be false. Several rather interesting reports will be published in the European Union on September 1. Firstly, it is the index of business activity in the manufacturing sector. Second, the unemployment rate. In addition, European Central Bank Vice President Jens Weidmann will deliver a speech. Important data will also be published in America. ADP Report, Manufacturing PMI, ISM Index. A speech by a member of the Federal Reserve, Rafael Bostic, will take place in the evening. Thus, in general, a rather active day is expected on Wednesday, although traders might ignore most of the macroeconomic and fundamental events. 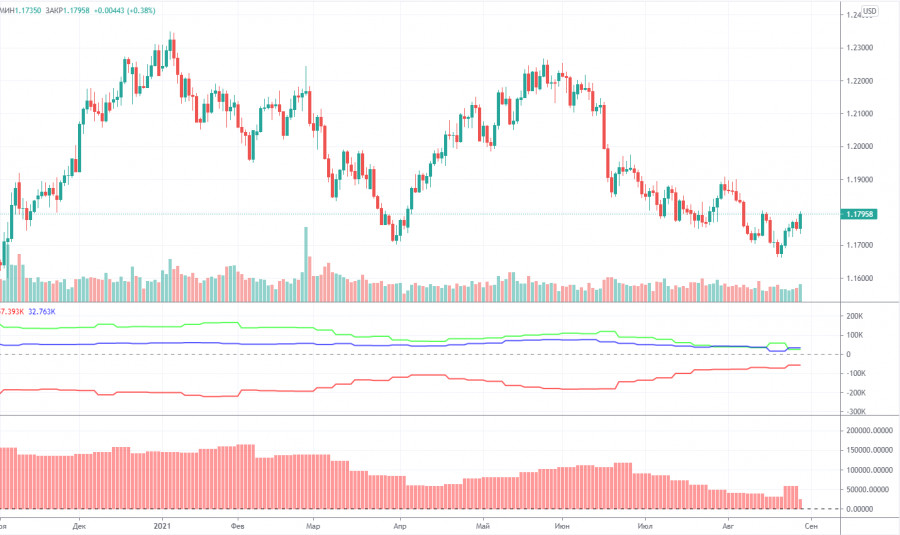