Forecast and trading signals for EUR/USD for August 23. Detailed analysis of the pair's movement and trade deals 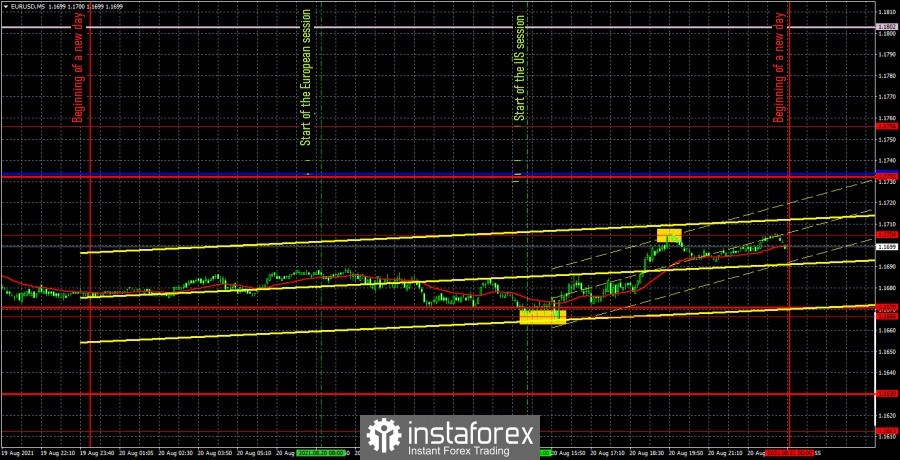 The EUR/USD pair traded weakly during the last trading day of the week, but very good for traders. Not a single important macroeconomic report was published on Friday, either in the US or in the European Union. Thus, traders had nothing to react to during the day. Therefore, the volatility of the EUR/USD pair was very weak again, only 40 points. However, in recent weeks, we have even managed to get used to such volatility, so it did not cause any surprise. Moreover, despite the weak movements during the day, an excellent buy signal was formed. The price bounced off the extremum level of 1.1666 at the very beginning of the US trading session and subsequently rose to the extremum level of 1.1704. Thus, a long position brought traders about 30 points of profit. No more signals were formed, and the rebound from the level of 1.1704 should not be considered as a signal, since the time was approaching the night and the close of the market on the weekend. 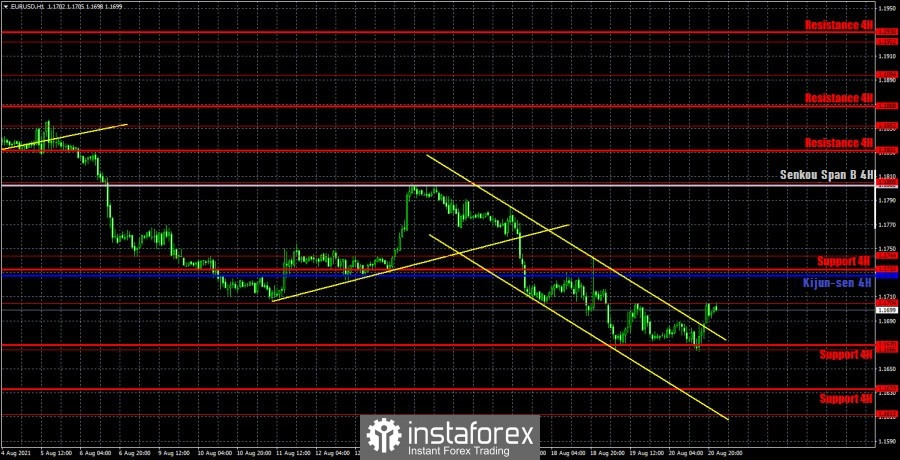 The quotes of the pair hit the level of 1.1666 twice and bounced off it twice on the hourly timeframe. Thus, a new support level has formed, which may stop the pair from going down. Basically, on Friday, traders also managed to get the pair out of the descending channel. However, this moment is still very doubtful, because the bulls did not manage to overcome the level of 1.1704. Therefore, so far the price has moved away from its lows by only 40 points. The dollar may continue to grow in the current environment. Take note that the markets believe that the Federal Reserve will announce the start of curtailing the quantitative stimulus program in the near future, which is undoubtedly a factor in favor of the dollar. However, no matter how the market burns out, buying the dollar in advance. This may lead to the fact that when the corresponding decision of the Fed is made, the markets will already be saturated with long positions on the greenback and it will begin to fall in price contrary to sound logic. Thus, we remind you that any fundamental theory or assumption must be confirmed by technical signals. On Monday, we continue to recommend considering trading from important levels and lines. The nearest important levels at this time are 1.1612, 1.1666, 1.1704, 1.1744, 1.1805, as well as the Senkou Span B (1.1802) and Kijun-sen (1.1727) lines. The Ichimoku indicator lines can change their position during the day, which should be taken into account when looking for trading signals. Signals can be rebounds or breakthroughs of these levels and lines. Do not forget about placing a Stop Loss order at breakeven if the price moves 15 points in the right direction. This will protect you against possible losses if the signal turns out to be false. On August 23, the United States and the European Union will publish business activity indices for services and manufacturing for August. If the actual values differ greatly from the forecasted values, this may provoke a market reaction. Otherwise, the pair can all move in their own style of the previous weeks. 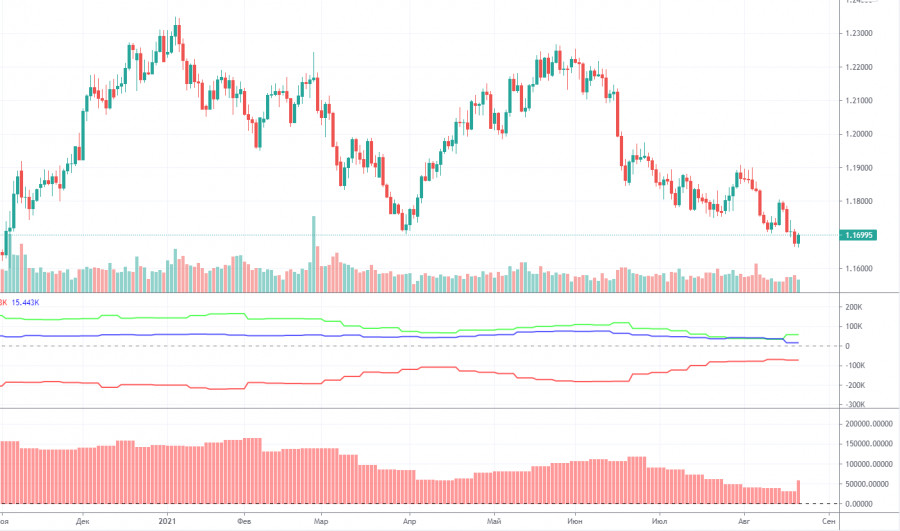