Forecast and trading signals for EUR/USD on August 5. Analysis of the previous review and the pair's trajectory on Thursday 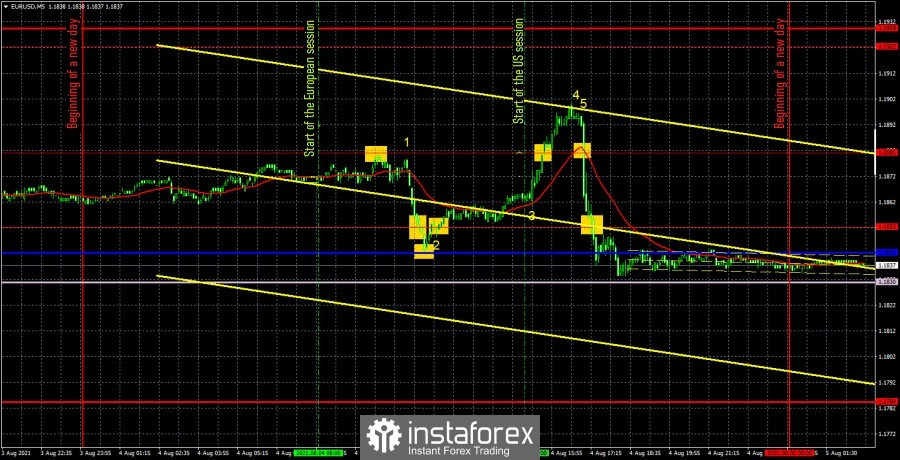 The EUR/USD pair was moving quite actively on Wednesday, fully confirming our forecasts. Recall that we said earlier that the pair moves 2 out of 5 trading days with normal volatility, and 3 with low volatility. Thus, after the zero Monday and Tuesday, it was Wednesday's turn, when at least some more or less significant events appeared in the calendar of macroeconomic events. However, you shouldn't be overjoyed right away. In general, yesterday falls more under the definition of exception. Although, of course, we note that not most of the reports were followed by the market reaction. The problem is that this is almost an isolated case in recent months, when most of the reports have been worked out. The first report was the index of business activity in the European Union in the service sector (figure "1" in the chart). It fell from 60.8 to 59.8, and traders responded with sell-offs, which pushed the pair down 35 points. To be honest, it is a big surprise for us that the markets decided to react to this index. The figure "2" - retail sales in the European Union - was ignored, but the value of the indicator itself almost completely coincided with the forecast. The number "3" is the ADP report on changes in the number of employees in the US private sector. The markets worked out its growth by 35 points, although the dollar could have fallen even more, given that the value for July was only 330,000, while the forecast was 695,000. The number "4" is the index of business activity in the US services sector, the number "5" is the index of business activity of the ISM. It was after these indices that the strongest movement of the day began. Now let's take a look at how the pair should have been traded on Wednesday. The first sell signal was formed at the beginning of the European session - a rebound from the level of 1.1881 and turned out to be profitable, as the price dropped to the critical line, from which it just rebounded perfectly. The result is a profit of 26 points. During the rebound from the Kijun-sen line and a breakthrough of 1.1852, one should have opened long positions, as it was a buy signal. Longs should have been kept open when the ADP report was published, but Stop Loss should have been set to breakeven, since the price was already moving in the right direction at that time. As it became known later, the movement only intensified, and the price overcame the level of 1.1881. Manual closing of long positions followed before the publication of business activity indices in the US, or placing Stop Loss below 1.1881. In any case, a profit of at least 20 points was obtained on a long position. The last two sell signals should be ignored, as they formed immediately after the publication of important indices. Thus, the day ended with a profit of at least 46 points.

Overview of the EUR/USD pair. August 5. James Bullard: it's time to complete the anti-crisis policy and wind up QE!

Overview of the GBP/USD pair. August 5. What is the rate hike and QE curtailment? The US labor market is extremely weak! 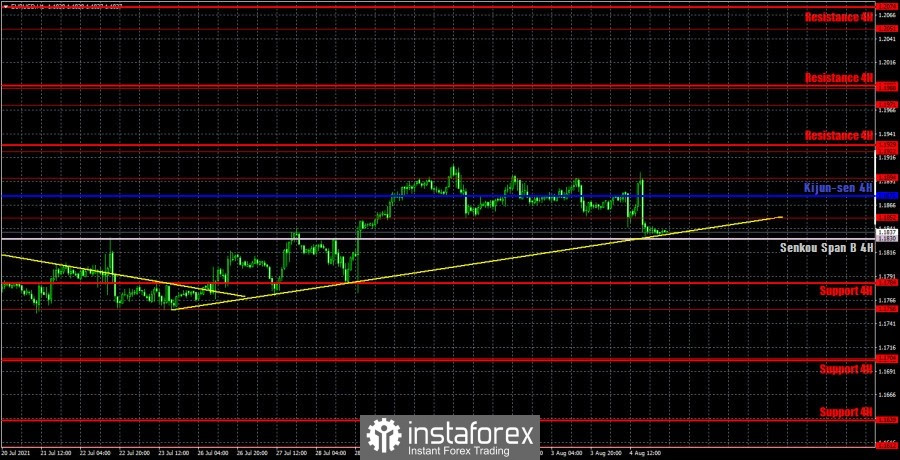 The technical picture still looks dull on the hourly timeframe. Although volatility slightly increased yesterday, the movement remained sideways. However, the price managed to fall to the upward trend line, as well as the Senkou Span B line. Therefore, if there is a rebound from them, it will mean a very likely resumption of the upward trend. Overcoming these obstacles will mean a change in the trend to a downward one. On Thursday, we still recommend trading from important levels and lines. The nearest important levels at this time are 1.1756, 1.1852, 1.1894, 1.1922, as well as the Senkou Span B (1.1830) and Kijun-sen (1.1875) lines. The Ichimoku indicator lines can move during the day, which should be taken into account when looking for trading signals. Signals can be rebounds or breakthroughs of these levels and lines. Do not forget about placing a Stop Loss order at breakeven if the price moves 15 points in the right direction. This will protect you against possible losses if the signal turns out to be false. No important publications or events in the European Union on Wednesday. A report on claims for unemployment benefits will be published in America and that's all. We still believe that most of the macroeconomic statistics are ignored by the markets, so we do not expect a reaction to this single report of the day. 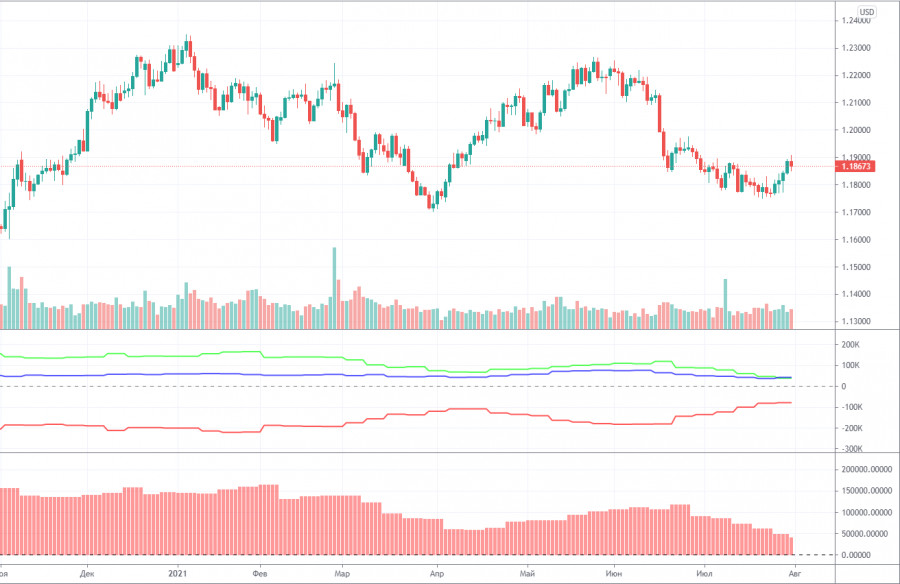 Interesting? Write a comment below.
 Forecast and trading signals for EUR/USD on August 5. Analysis of the previous review and the pair's trajectory on Thursday
Forward 
Backward 