Forecast and trading signals for GBP/USD on August 12. Analysis of the previous review and the pair's trajectory on Thursday 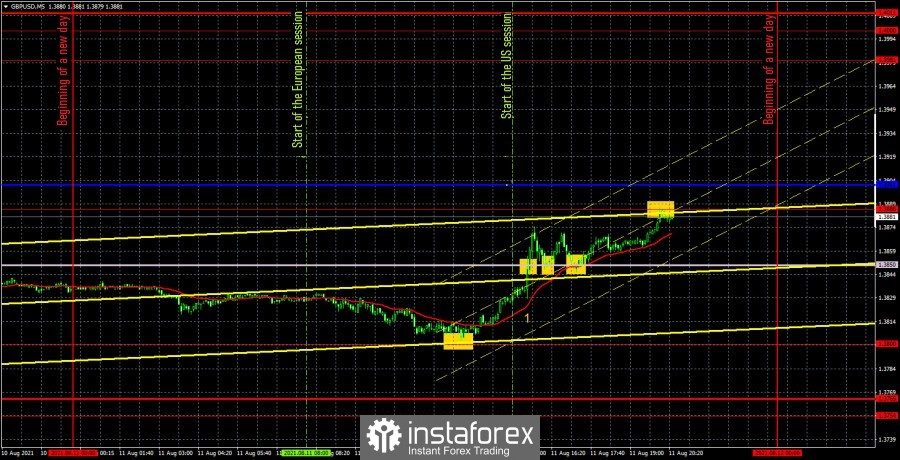 The GBP/USD pair moved somewhat differently than the EUR/USD pair on Wednesday. The price tried to go down to the extreme level of 1.3800 during the European session, and the upward movement began at the end of this session, when the US inflation report had not yet been released. However, at the same time, the overall volatility of the day was just over 70 points, which is quite a bit for the pound/dollar pair. Thus, it cannot be concluded that people were actively trading on Wednesday, even though a rather important report was published in the US. Although, the pair moved only 40 points up after the report was released. There was nothing interesting at all in Great Britain. Now let's move on to analyzing trading signals. Paradoxical as it may seem, but for the pound/dollar pair, there was also a situation with an indistinct rebound from the extreme level, to which the price did not reach only 2 points. Towards the end of the European trading session, the price dropped to the level of 1.3800, but there was no clear rebound from it. We have already said in another article that such rebounds can also be interpreted as signals. Thus, if we regard this moment as a buy signal, then traders should have opened long positions, which at the time when the US report was published, would have been in profit of about 25 points. Here traders had to decide: either set Stop Loss to zero for a long position and leave it open, or close it at a profit of 25 points. In the first case, it was possible to earn even more, since the price went up another 40 points and crossed the Senkou Span B line. line Senkou Span B, which would bring a profit of 50 points. Not a bad day. 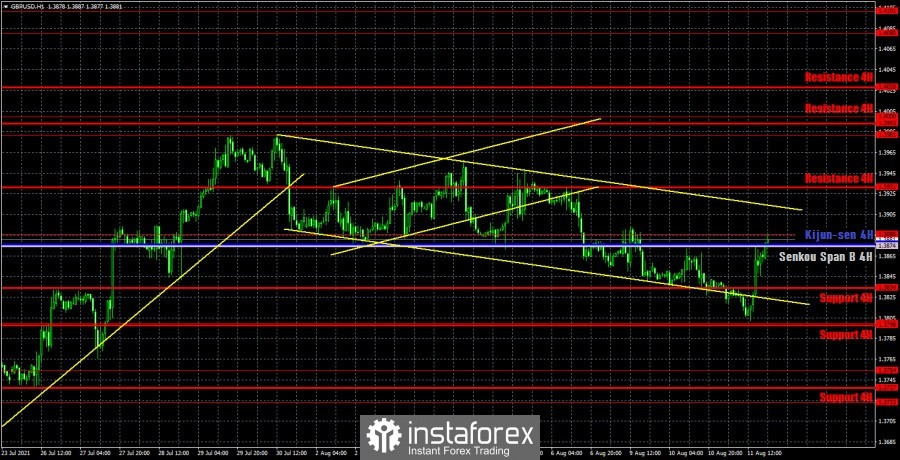 The pound/dollar pair began to correct within the downward trend on the hourly timeframe. The price managed to go slightly below the descending channel, but not for long. Since for the first time this week, a rather important report was published at the disposal of traders, the pair responded to it with pleasure. Growth by 40-50 points. As a result, the quotes turned out to be near the Senkou Span B and Kijun-sen lines, which at the moment have practically merged into one. A rebound from them can provoke a resumption of the downward movement, and overcoming them will increase the likelihood of further growth. We continue to expect a new upward trend, but for this the bulls need to overcome the Kijun-sen and Senkou Span B lines and exit the downward trend channel. In technical terms, we continue to draw the attention of traders to the most important levels and recommend trading from them: 1.3754, 1.3800, 1.3886, 1.3981. Senkou Span B (1.3874) and Kijun-sen (1.3874) lines can also be sources of signals. It is recommended to set the Stop Loss level at breakeven when the price passes 20 points in the right direction. The Ichimoku indicator lines can move during the day, which should be taken into account when looking for trading signals. A rather important report on GDP for the second quarter will be published in the UK on Thursday, August 12. According to analysts' forecasts, this figure may grow by 4.8% q/q. Any value higher than the predicted value can provoke further growth of the pair. And vice versa. The June industrial production report will also be released, and the US jobless claims. But these reports are much less likely to be worked out. 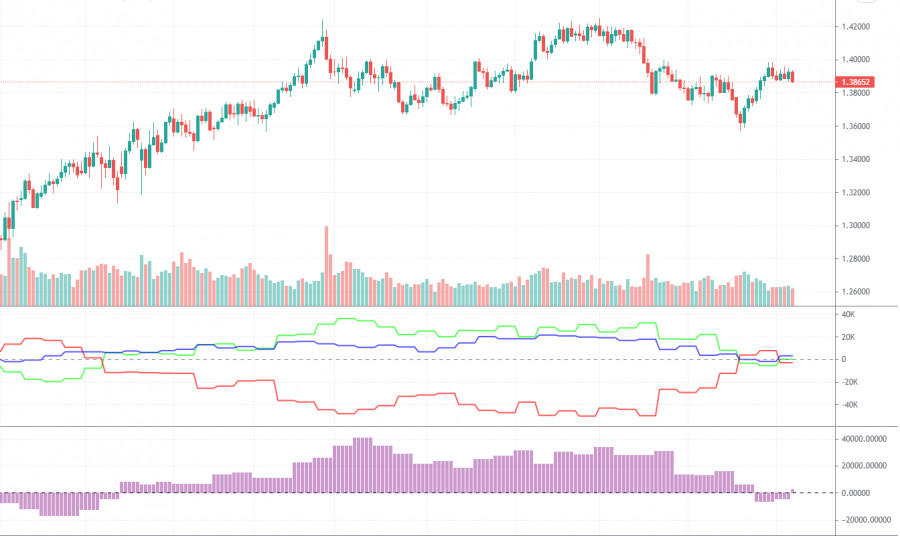 Interesting? Write a comment below.
 Forecast and trading signals for GBP/USD on August 12. Analysis of the previous review and the pair's trajectory on Thursday
Forward 
Backward 