Forecast and trading signals for GBP/USD on August 4. Analysis of the previous review and the pair's trajectory on Wednesday 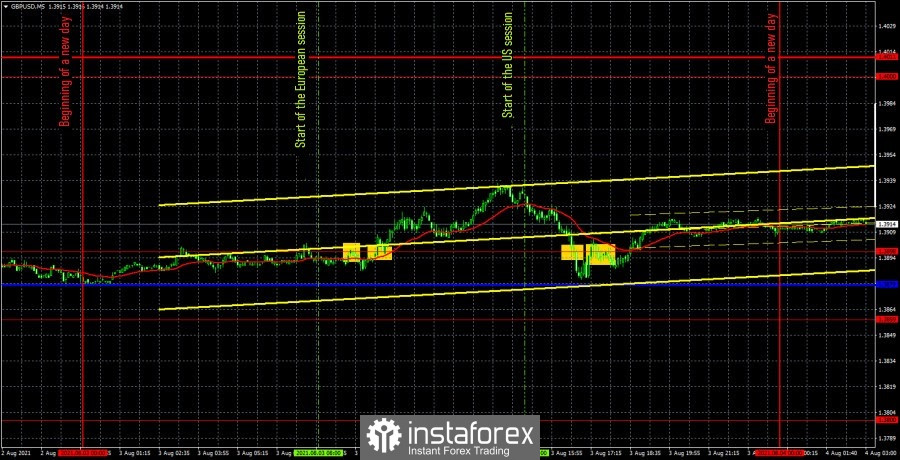 The GBP/USD pair moved on August 3 no better than it did last Friday or this Monday. The volatility of the day was about 60 points. Of course, with such volatility, you can work and earn, but it is still very little to count on anything serious. Basically, the pound/dollar pair simply repeated the movements of the euro/dollar pair during the day. First, there was a sluggish upward movement by 50 points, and then a sharper decline by the same 50 points. That's all the movements of the day. No important report published in either the UK or the US on Tuesday, There was not a single important event. And all signals, as in the case of the EUR/USD pair, formed around one extreme level. In principle, when the movements are as similar as possible for several days in a row, it is already worth thinking that something is wrong. You can see on the hourly timeframe. The pair simply stands in one place in a narrow side channel on Monday and Tuesday. Basically, it doesn't take much time to understand all trading signals. At first, the price bounced off the level of 1.3898, and after 30 minutes it overcame it. Thus, the first sell signal turned out to be false and a loss of 13 points was received on it, and no profit or loss was received on the second buy signal, since it was closed by Stop Loss set at breakeven. Naturally, after two false signals near the level of 1.3898, all subsequent signals should no longer be considered. We also draw your attention to the fact that at this time it is even difficult to build new levels, around which signals would be formed. The nature of the movement in recent days is such that the pair simply does not form clear extremes. This can be seen especially well on the hourly timeframe. Thus, now is not the best time to trade.

Overview of the EUR/USD pair. August 4. The US national debt is a headache for the US Treasury and the US Congress, but on the whole it is a solvable problem.

Overview of the GBP/USD pair. August 4. Bank of England meeting: the bank is different, but the market has the same questions. 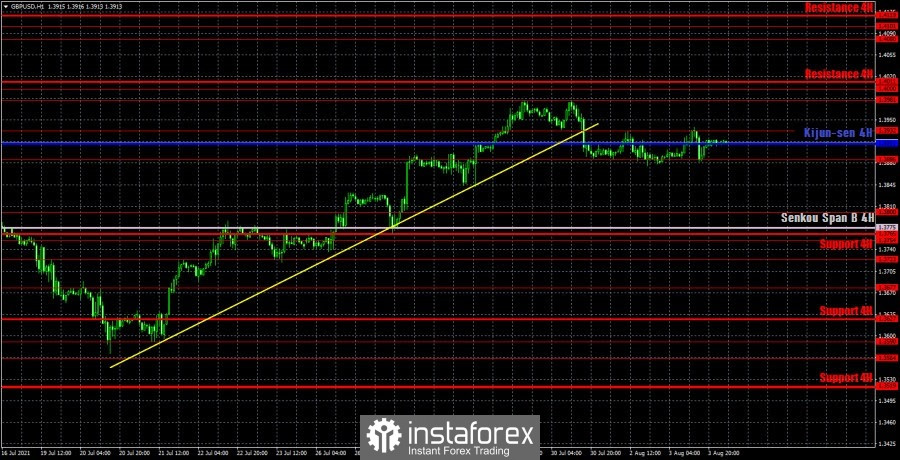 The pound/dollar pair has settled below the upward trend line on the hourly timeframe, so the upward trend has temporarily reversed, and the downward correction is likely to continue. On Thursday, the Bank of England will be summing up the results of its meeting and the markets are already trading with an eye to this event. That is, it is less active and less risky. The pair just stood in one place for two days, so the only hope is that today the situation will change. According to all the canons of technical analysis, the downward movement should continue. In technical terms, we continue to draw your attention to the most important levels and recommend trading from them: 1.3800, 1.3886 (new), 1.3932 (new), 1.3981, 1.4000. Senkou Span B (1.3775) and Kijun-sen (1.3911) lines can also be sources of signals. It is recommended to set the Stop Loss level at breakeven when the price passes 20 points in the right direction. The Ichimoku indicator lines can move during the day, which should be taken into account when looking for trading signals. Business indices for the service sector will be published in the UK on Wednesday, but the US reports in the form of ISM reports for the service sector and the ADP report on the labor market are of much greater significance. Thus, we expect more active movements in the afternoon. 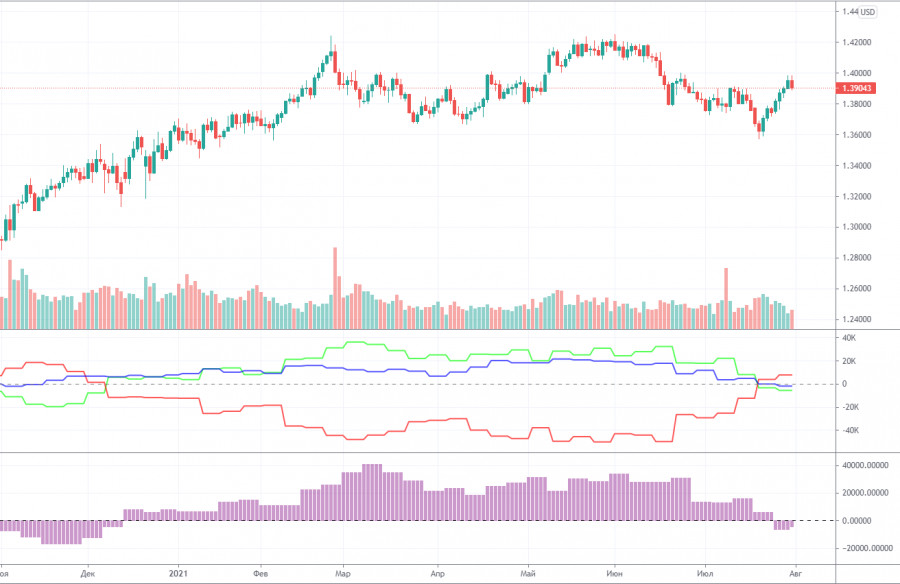 Interesting? Write a comment below.
 Forecast and trading signals for GBP/USD on August 4. Analysis of the previous review and the pair's trajectory on Wednesday
Forward 
Backward 