Yesterday, the Australian dollar fell 38 points under the general pressure of the US dollar, which added 0.24%. From the technical point of view, this correction looks like a preparation for further growth, as the signal line of the Marlin oscillator has dropped from the border with the growing trend zone and is preparing to break it, this border, from the second, stronger attempt. 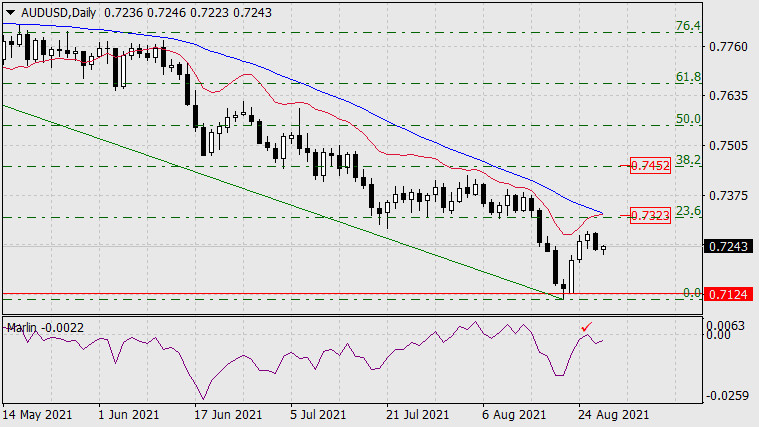 On the four-hour chart, the price has reached the MACD indicator line and is slowly turning away from it. The market ignored a 2.7% decline in Australian retail sales in July. Also, the Marlin oscillator is turning up from the neutral zero line. 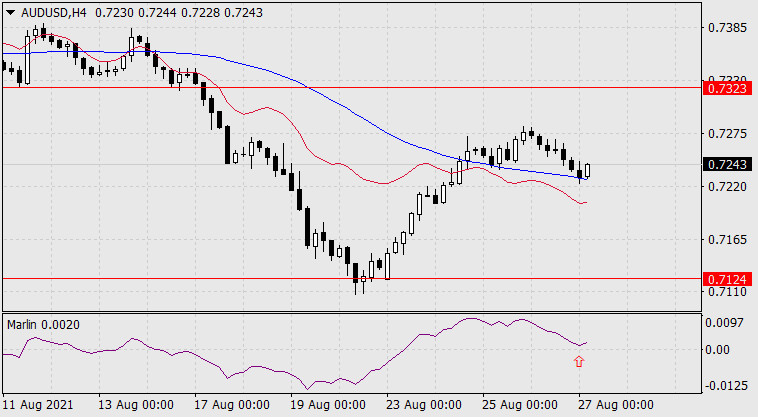 Federal Reserve Chairman Jerome Powell will speak at a virtual bankers conference in Jackson Hole at 15:00 London time, where he is expected not to rush to provide more accurate information on further QE plans than investors now have. In the absence of such plans, the rise in counterdollar currencies is more likely. The first target is 0.7323.