The euro practically ignored all macroeconomic data that was published yesterday. US jobs report turned out to be significantly worse than the forecast. The number of initial jobless claims increased by 4,000 while economists had expected a decrease by 13,000. The number of continuing claims declined by only 3,000 versus the forecast value of 85,000. At the same time, there was positive news as well. The second estimate of the US GDP for the second quarter showed that on a quarterly basis, the economy expanded by 6.6% versus the forecast value of 6.5%. The difference is insignificant. The annual growth rate remained at the same level of 12.2%, but this is at least some positive data after the disappointing jobs report. Nevertheless, jobs data is much more important, given that the decision of the Federal Reserve System on the quantitative easing program depends on the steady revival of the labor market. Hence, the euro was supposed to strengthen even more. Yet, it did not happen. So, the stagnation of the euro is a clear sign that the US dollar may still have a chance to regain its position. Its decline at the beginning of the week could be just a correction. Today, amid an empty macroeconomic calendar, the euro may well show a downward movement. 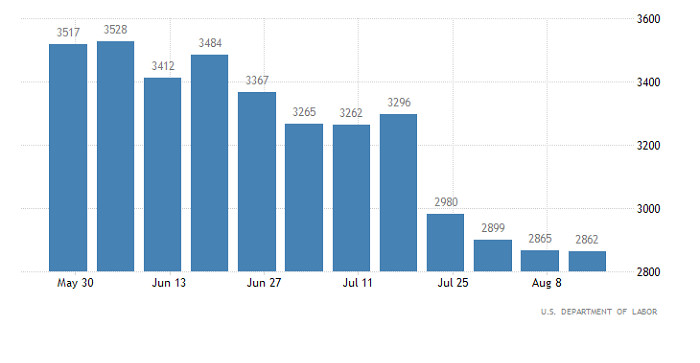 The correction of the EUR/USD pair has slowed down again despite the fact that the resistance level has already been broken. A slowdown in the upward trend indicates a possible change of sentiment. This may lead to the completion of the correction and the resumption of an upward movement.

The technical indicator RSI is moving within the average level of 50. The signal is neutral.

The daily chart shows a downtrend from the beginning of June. Market corrections are an integral part of the downward movement.

The signal about the completion of the correction was seen at the resistance level of 1.1780. An increase in the volume of short positions is possible if the pair consolidates below the 1.1740. It may lead to a decrease to 1.1700-1.1660.

Technical analysis gives different signals on the short-term and intraday charts due to the current stagnation of the pair. In the medium term, it signals short positions amid the downward cycle from the beginning of June. 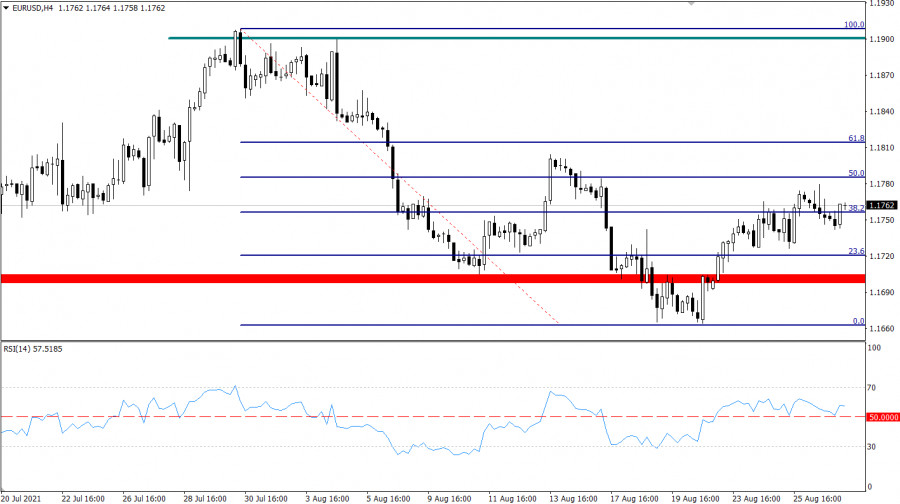