Forecast for EUR/USD on August 19 (COT report). Bear traders still pushed through the level of 1.1704. 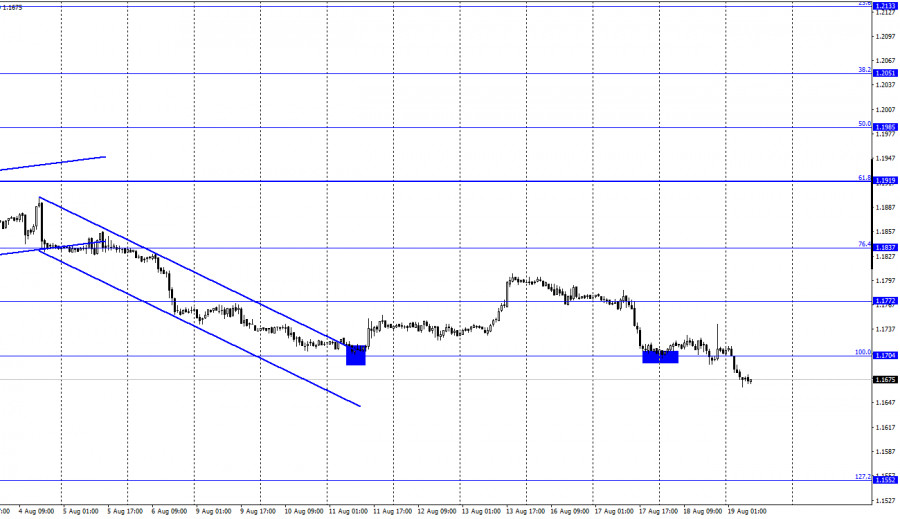 The EUR/USD pair on Wednesday attempted to stay above the corrective level of 100.0% (1.1704). However, a new reversal was made in favor of the US currency, and the Fibo was closed under this level. As a result, the process of falling quotes can now be continued toward the next corrective level of 127.2% (1.1552). The information background of yesterday can be viewed from different angles. First of all, I want to say that the pair was almost completely immobilized for most of the day. Hardly any of the traders could be happy with the movement of points by 20-25. Only by the end of the day, the pair performed a sharp increase, after which it resumed the fall of quotes. It was these evening and night movements that were caused by the information background. Or rather, the FOMC protocol. However, before the Fed's protocol, an inflation report was released in the European Union. This report was of no interest to traders since its value completely coincided with their expectations. The same can be said about the FOMC protocol. There was nothing new and important in the protocol. The essence of it was that most members of the Fed consider the current levels of inflation to be high and are afraid that they will continue to increase or remain at current values. At the same time, many note that the labor market has not yet fully recovered. Therefore, it still needs support from the Fed. We can say that opinions are divided. Some members of the FOMC believe that it is necessary to curtail the asset purchase program as soon as possible to limit the growth of inflation. Some of them think that the labor market has not yet recovered, and therefore there is no need to hurry with the abolition of incentives. However, almost all FOMC members agree that by the end of 2021, it is necessary to have a clear plan in hand for the QE program and clearly understand when to start completing it and at what pace. Thus, the probability that in 2021 the Fed will still begin to cancel the stimulus increased slightly last night, which led to new growth of the US currency. 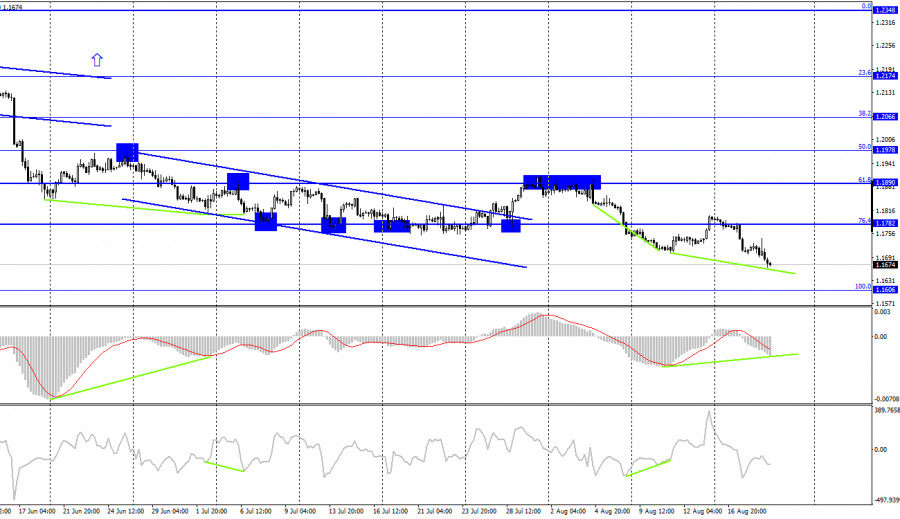 On August 19, the calendar of economic events in the European Union is empty. In the US, only one report on applications for unemployment benefits will be released today, which is unlikely to affect the mood of traders somehow. In general, the US currency has an excellent chance of continuing growth. 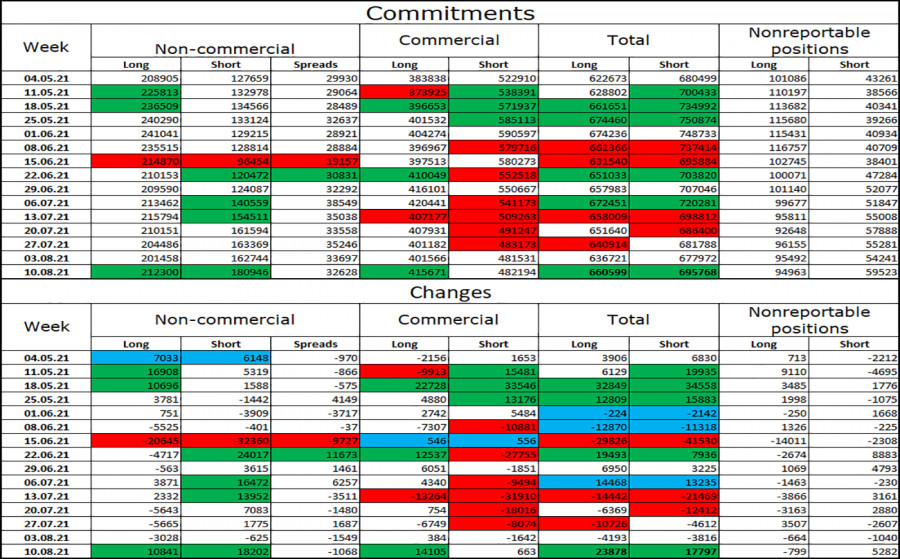 The latest COT report showed that the mood of the "Non-commercial" category of traders during the reporting week became even more "bearish." Major players have opened 18,202 short contracts for the euro and 10,841 long contracts. Thus, in the last eight weeks, the number of short contracts focused on the hands of speculators has increased by almost 90 thousand, and the number of long contracts has decreased by 4. Therefore, a further fall in the European currency is very likely, according to COT reports. However, the past week has shown that bear traders could have already had enough and left the market, and bull traders could take their place. The pair failed to break through the level of 1.1704, which I consider a very remarkable moment.