The euro fell by 20 points on Thursday, which from the technical side was the constant pressure of the balance indicator line (in the last three days) on the chart of the daily scale. 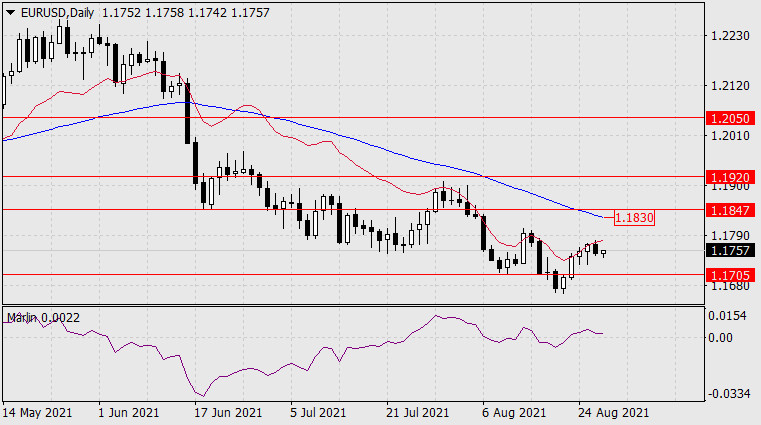 The main reason in the media is attributed to James Bullard, who announced at the opening conference of bankers about the need to start cutting bond buybacks as soon as possible. The intrigue of the situation is that Bullard does not now have the right to vote in the FOMC, which allows Federal Reserve Chairman Jerome Powell tonight (15:00 London time) to not quite agree with this message.

The signal line of the Marlin oscillator is kept in the rising trend zone, the main scenario is to rise to the 1.1830/47 range as the first target remains. Exit of the price above this range opens the second target at 1.1920. 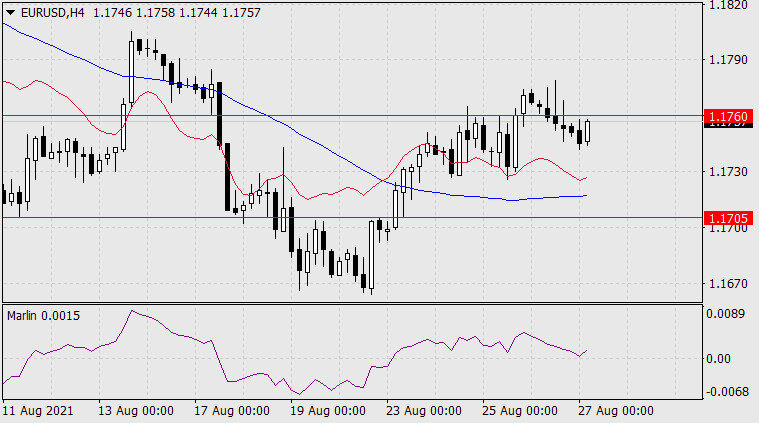 The Marlin oscillator is also near the zero line on the four-hour scale, but still in the growth zone, the price is quite high above the indicator lines. We are waiting for Powell's speech and the euro's growth.