Bankers' symposium in Jackson Hole ended on Saturday. The much anticipated speech of Federal Reserve Chairman Jerome Powell only confirmed the general line of the central bank, regardless of the intentions of the hawks (Bostic, Kaplan, Harker, Mester) to announce plans to start phasing out QE in September, to begin this phase out in December, and to raise the rate at the earliest. Next year. The main thing that investors took from Powell's speech was a signal of a later rate hike than other central banks, including the European Central Bank, would do. Powell paid a lot of attention to inflation, confirming the thesis about its temporary surge, but, briefly paying tribute to the good growth of the labor market, noted that the pandemic could weaken this growth, which, in our opinion, gives room for maneuver. We suspect that labor data released on September 3 will already come out worse than forecast (unemployment is expected to decrease from 5.4% to 5.2% and non-farm in 728,000). 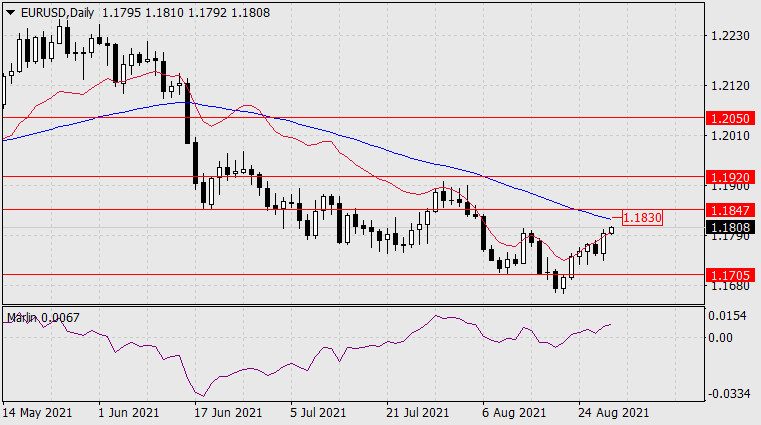 The price goes above the balance indicator line on the daily scale chart, the Marlin oscillator is growing, the target at 1.1835/47 remains, overcoming this range opens the second target at 1.1920. 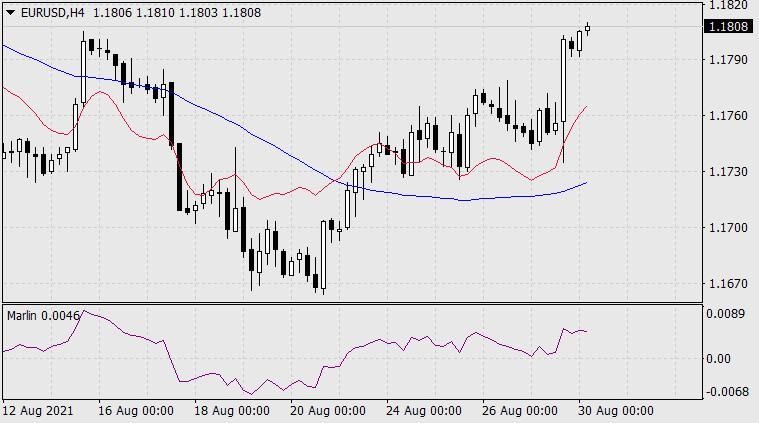 The growth continues as usual on the four-hour chart: the price is above the indicator lines, Marlin turned up after the discharge (correction) on the 26th.