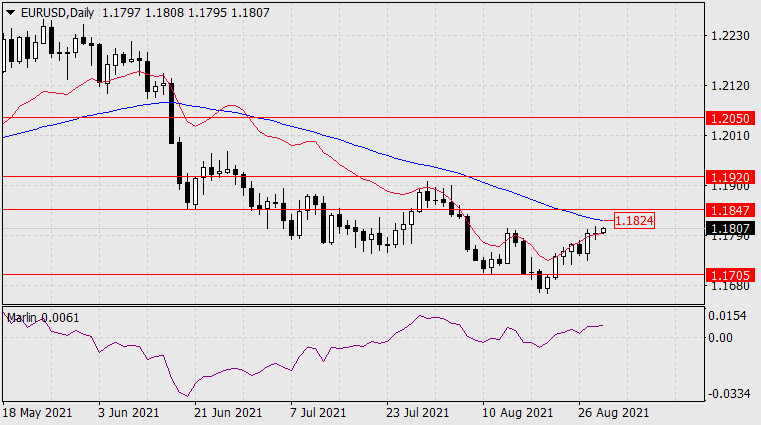 On the daily scale chart, the signal line of the Marlin oscillator lay on the horizon, into consolidation, the price finally broke above the balance indicator line. We are waiting for the price to move up. 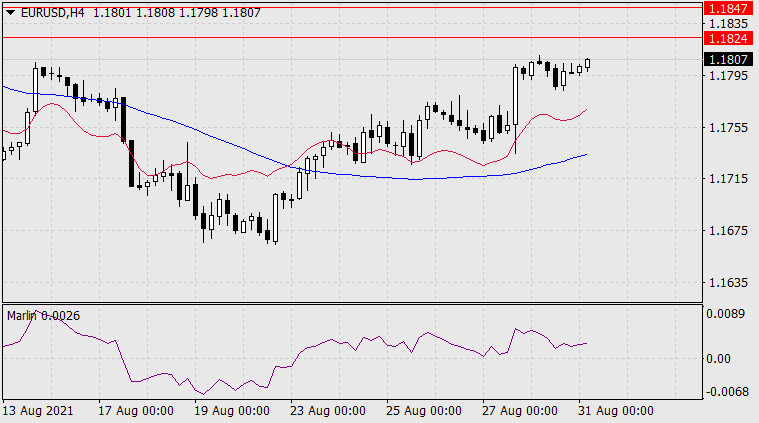 On the H4 chart, the Marlin Oscillator is also consolidating in the positive area, the price is gathering strength above both indicator lines.